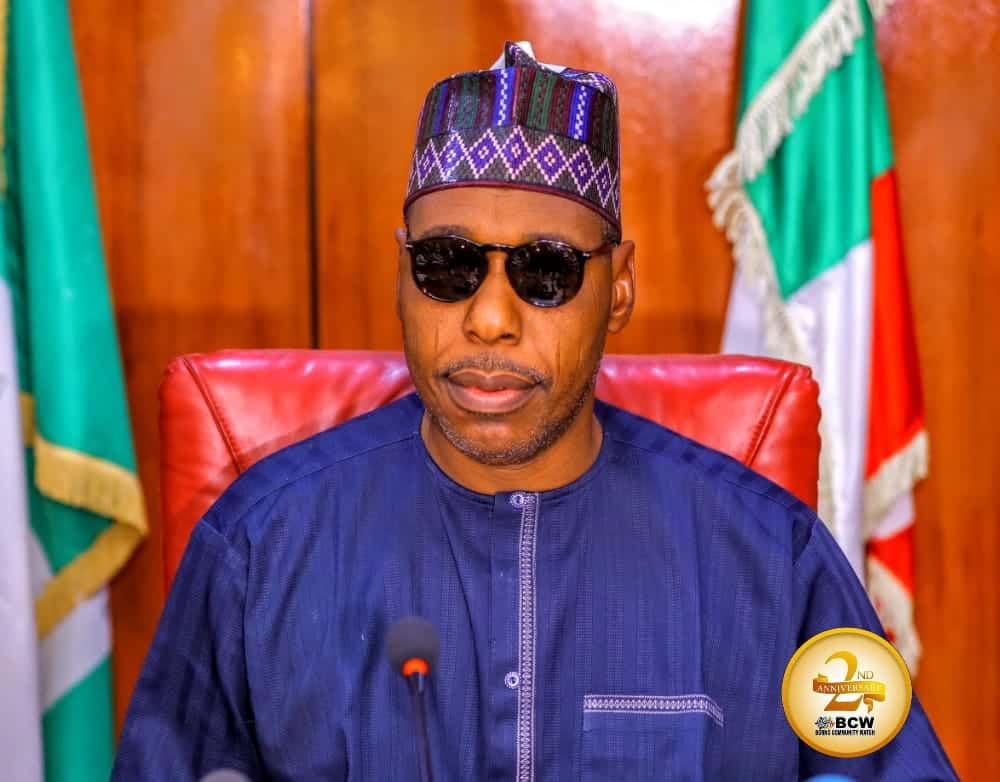 Borno State Governor Zulum has said that two local government areas in the state, Abadam and Guzamala, are still under the control of terrorists Boko Haram.

Governor revealed this on Wednesday when he received the Chairman, Senate Committee on Army, Senator Mohammed Ali Ndume, who led other senators, including military officers from the army headquarters, to pay him a courtesy call at the Government House in Maiduguri.

Zulum said, ”I am pleased to inform you that we have started witnessing the gradual return of peace, but more need to be done, because, presently, Guzamala and Abadam Local Government Areas are still under the control of Boko Haram.

“Although, the current Service Chiefs, the Theatre Commander, and indeed our General Officer Commanding 7 Division are up and doing.  We want to commend the military and other paramilitary personnel for their gallant efforts to see the end of terrorism in this part of the country.

“Unfortunately, Government and people of Borno state, especially those from southern and northern parts of the state are worried over the increasing number of ISWAP groups who have been terrorizing their communities.

“Just a few days ago, I received a security report that in some communities of Mandaragirau axis in Biu Local Government Area, there are reports that over 500 Boko Haram/ISWAP groups have been converging with over 300 motorcycles and even celebrating parties/marriages amongst themselves without confrontation.

“ISWAP are more equipped, sophisticated, intelligent and dangerous as they grow from strength to strength.

“ISWAP are collecting taxes along major roads in Damboa and another axis in southern Borno. It is very unfortunate.

“But the good news is that about 11 local Government areas of Gwoza, Bama, Marte, Monguno, Kaga, Gubio, Mafa, Dikwa, Ngala and host of others are becoming more peaceful than before, and this could be attributed to about 20,000 surrendered members of Boko Haram who are now in our custody.

”I want to use this opportunity to solicit prayers from all and sundry for total restoration of peace not only in Borno state, but the country as a whole.”

Speaking earlier during the visit, Ndume told the governor that they were in Borno to assess the security situation and to thank Borno State Government for its unflinching support towards the restoration of peace and ending the evils perpetrated by terrorists in the North-East region.