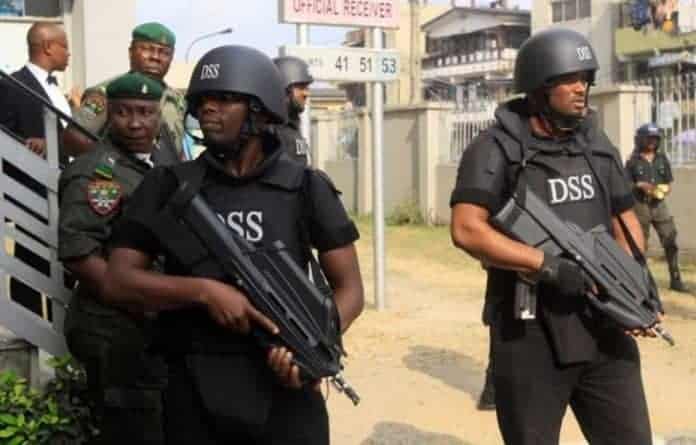 Operatives of the Department of State Services and Nigeria Police Force have reportedly harassed journalists who assembled at the Federal High Court, Abuja, to cover the court proceedings of the leader of Indigenous People of Biafra, Nnamdi Kanu.

The show of force by security operatives against journalists particularly during Nnamdi Kanu’s court proceedings has become a norm.

Recall that last year, apart from journalists who were harassed, Nnamdi Kanu’s lawyers were also locked out of the courtroom while Justice Binta Nyako of the Federal High Court, Abuja, continued with court proceedings.

Senior Advocates of Nigeria like Mike Ozekhome, the Nigerian Bar Association, and Socio-cultural groups such as the Ohaneze and Afenifere had also berated the operatives for preventing journalists from exercising their civic rights.

Nnamdi Kanu, the IPOB leader is appearing in court today before Justice Binta Nyako today to resume the 15-count charge levelled against him by the Nigerian government.