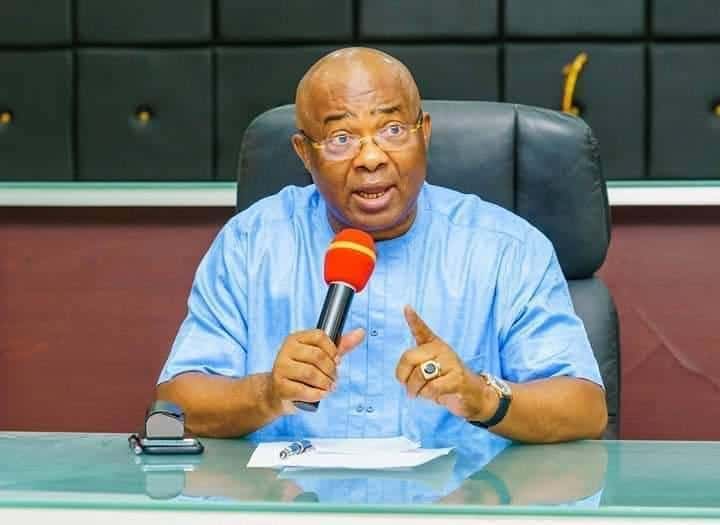 The Governor of Imo State, Hope Uzodinma, has described the seven youths killed at a wedding ceremony at Awomamma in Oru West Local Government Area of the state as bandits.

Ebubeagu, a South-East security outfit, on Sunday, July 17, opened fire at some guests at a traditional marriage and killing seven persons, all youths.

Uzodinma and Ebubeagu security operatives are being condemned for the development.

But reacting in a statement issued by his Chief Press Secretary, Oguwike Nwachuku, on Tuesday, Uzodinma explained that the slain youths were not real wedding guests contrary to claims by community leaders.

The statement said, “Governor Uzodimma said the government had been briefed on the incident by the Director of State Services in an interim report made available to members of the Security Council.

“The governor added that the DSS Director confirmed that his men carried out an operation in a camp at Awomamma with the assistance of their informant and not at a wedding place as claimed by the youths and that it was in the process that some bandits were neutralised.

“He said while the Security Council awaits a detailed report on the incident, it is important that the public are wary of those using the incident as propaganda tool to blackmail the Security agencies and the government.

“The governor insisted that the whole thing boils down to propaganda and blackmail targeted at the security agencies.”