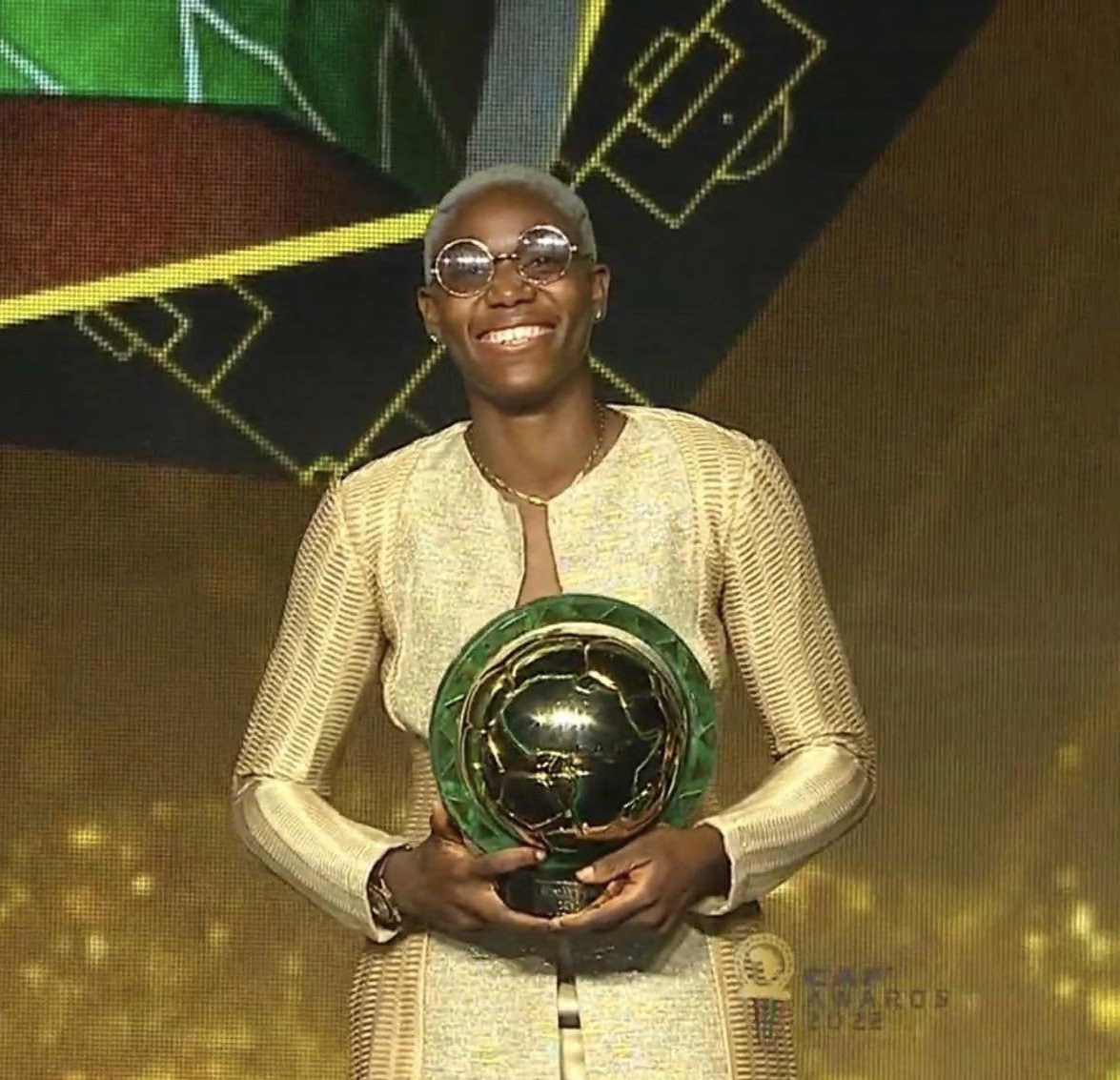 Super Falcons striker, Asisat Oshoala became the first player, both men and women, to win the CAF Player of the Year award five times when she was announced the winner on Thursday.

The 27-year-old was recognised for her role in Barcelona’s league title-winning season where she scored twenty goals and emerged the top scorer in the league despite being on the sidelines for an extended period due to injury.

She led the charge for a treble – the Spanish Women’s Super Cup, Copa de la Reina and the Primera Division.

Injury also hampered Oshoala’s outing on the international stage. Having missed qualifiers and international friendlies for the Super Falcons, she was ruled out of the Women’s Africa Cup of Nations just one game into the tournament.