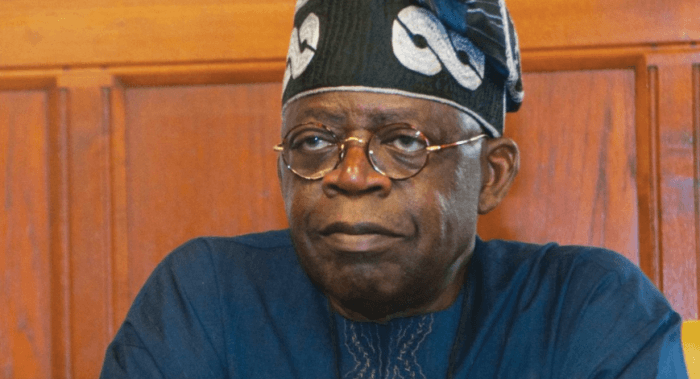 According to the Peoples Democratic Party, the outcome of last weekend’s governorship election in Osun State should force the All Progressives Congress presidential candidate, Bola Tinubu, to withdraw from next year’s election.

This comes as the party claimed that stakeholders in Abuja rejected the former Lagos State governor’s attempt to “frustrate” the outcome of the election won by its candidate and Governor-elect, Ademola Adeleke.

The claim was made by the PDP’s National Publicity Secretary, Hon.Debo Ologunagba, during a news conference in Abuja on Friday.

“Asiwaju Tinubu’s humiliating rejection in Abuja, where he had purportedly hurried to disrupt the orderly conclusion of the Osun State Governorship poll, is a clear testament that the APC presidential candidate has been thoroughly deflated.”

“Our party is privy to reports of how doors were locked against APC leaders in Abuja and how their frantic telephone calls and corrupt offers to truncate the Osun election were turned down,” Ologunagba alleged.

The PDP’s spokesperson noted that the party was also “appalled by the nauseating, blasphemous and unpardonable act by APC in hiring street artisans, fraudsters and touts and criminally dressing them in bishop’s vestments to orchestrate an endorsement for its collapsing presidential campaign”.

“The PDP, in the strongest term, condemns this profane and highly provocative act of desperation by the sinking APC Presidential Candidate, Asiwaju Bola Ahmed Tinubu, in the face of APC’s collapsing leadership, membership and followership structure across the country.

“Such action is unacceptable and unbecoming of any individual aspiring to a leadership position at any level let alone, the office of the President. This is an embarrassment to leadership.

“With this scandalous act, Asiwaju Tinubu, who is still battling with issues of alleged perjury, non-existent certificate and allegations of extortions has become more ethically challenged and lost all moral standing to seek election as the President of the Federal Republic of Nigeria.

“More sickening is the outcry by the hirelings that they were defrauded by agents of the APC Presidential candidate, who paid them sums ranging from N30,000 to N40,000 as against the N100,000 they were earlier promised.

“It is therefore ludicrous that instead of being remorseful and asking for forgiveness, the APC Presidential Campaign is shamelessly posting lame denials and excuses in the face of hard and verified evidence of its involvement in the shameless venture.”

On Osun election, Ologunagba said, “It is now crystal clear to Nigerians why the people of Asiwaju’s ancestral State of Osun and the South West geo-political zone which ought to be his natural stronghold outrighly rejected him and his APC in the July 16, 2022 Governorship election in Osun the State.

“PDP’s sweeping victory and the spontaneous jubilation across our country are direct statements by Nigerians on their resolve to stand on the platform of the PDP to free themselves from the agonizing stranglehold of the lying, cruel and life-discounting APC and its presidential candidate.”

He added, “The APC Presidential candidate and his party should know that it is in his own interest to withdraw from the race as it will be futile to go into an election in which the Will and aspiration of the people are manifestly against him and the APC.

“Asiwaju has no political fighting chance in the face of the soaring popularity of PDP’s very competent, candid, transparent, people-oriented and much more prepared Presidential Candidate, His Excellency, Atiku Abubakar at the poll.

“The PDP is poised for a winning campaign and as always, our Party is open to suggestions and further collaborations with well-meaning Nigerians as we collectively march to liberate our nation in the 2023 general elections.”