Running mate: Okowa can deliver, reason I picked him instead of Wike —Atiku 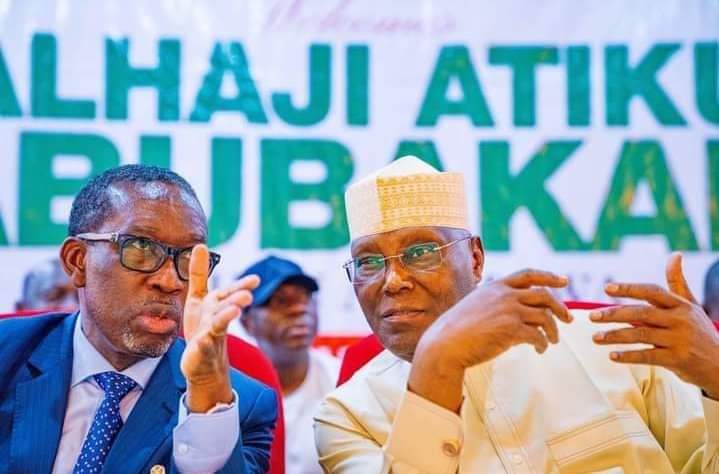 Peoples Democratic Party presidential candidate in the forthcoming 2023 elections, Atiku Abubakar, on Friday said that he did not choose Rivers State Governor Nyesom Wike as his running mate does not mean he rejected the governor.

He said he only chose Delta State Governor Ifeanyi Okowa to be his running mate because he believed he would deliver.

He stated this in an interview with Arise TV in response to the controversy surrounding why he opted for Okowa instead of Wike.

AtikuH said, “I didn’t reject Wike, I picked who can deliver. Wike is brilliant and tenacious.

“The committee that presented the three nominees was chaired by the Governor of Benue State, Samuel Ortom. They recommended three people, so I picked one. People should be fair to me and state the facts.”

When asked on efforts on ground to resolve issues with Wike, the PDP presidential candidate said, “We are reaching out to Wike and talking to him, very soon, we will resolve our internal crises.

“I have contested this presidency a couple of times and I don’t try to blame anybody, I accept the outcome or go to court.”