We‘ve nothing against Hausa’s, says IPOB, denies killing of 8 northerners in Imo 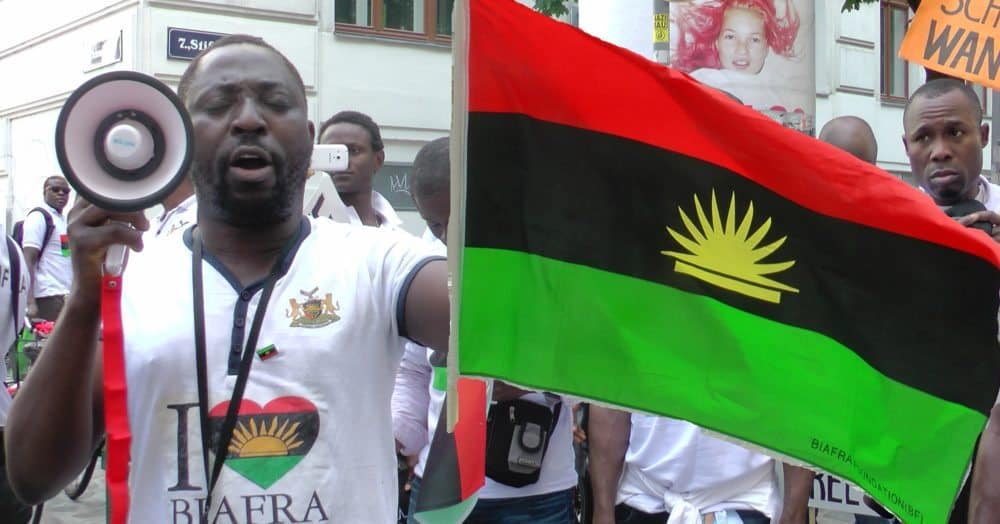 The Indigenous People of Biafra, or IPOB, has condemned the massacre of eight northerners in Orogwe, Imo state.

Remember that eight northerners were allegedly slain in Imo state, and IPOB was blamed.

On Saturday, the gang denied any participation, saying in a statement signed by its spokesperson, Emma Powerful, that it had nothing against the Hausa people who live peacefully in the region.

The following is the statement:

“IPOB has severally said that we have nothing against Hausa people living peacefully and do their legitimate businesses. Anybody linking IPOB to the recent attack in Imo State is doing that to demonise and blackmail IPOB.

“IPOB has not and will never attack any peaceful individual or group of people doing legitimate business or trading in our territory.

“We are after criminals and bandits they brought into our territory masquarading as Fulani herdsmen who kidnap for ransom, rape our women and murder our farmers in our forests and bushes.

“IPOB will never succumb to pressure and blackmail from pursuing those terrorists masquerading as herdsmen in our bushes and forests.

“ESN has been dealing and dislodging those sponsored terrorists and will continue to do so until they vacate our Forest and bushes.

“IPOB did not harm or kill anyone in Imo State on Monday because we are peaceful and have not indulged in enforcing non-existent Monday sit-at-home order. We are focused on rescuing Biafrans.

“Every Biafran, including good spirited Nigerians Know that IPOB is not involved in unwanted killings going on, if our people whom we are paying heavy price to protect would be easily deceived by enemies that means they are not worthy to be dying for. BIAFRA enemies can do their best to stop us but in the end BIAFRA will be restored completely because Elohim is behind the struggle”.