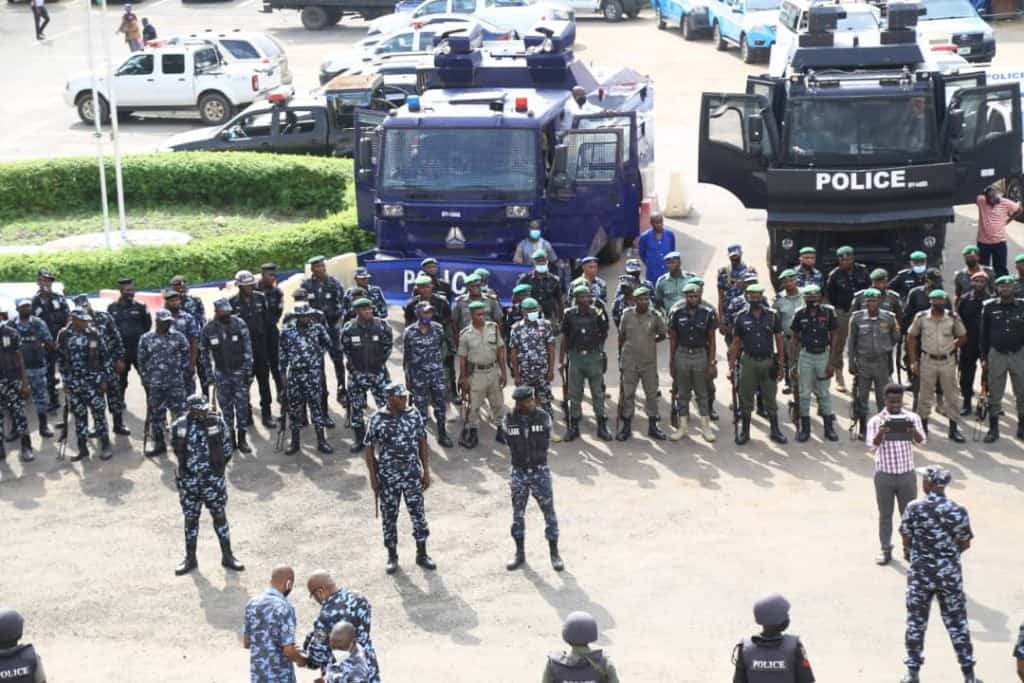 Following the recent threat by terrorists to invade Lagos and other states, security operatives in the state have secretly embarked on special watch on certain people based on intelligence gathering.

Caracal Reports gathered from reliable sources that leading on the watchlist of police are lunatics on the street, scavengers, among others.

It was gathered that the operation by the police in Lagos is carried out with the assistance of other security agencies which also serve as watchdogs of the state.

Police in Lagos have been on red alert after the Aare Onakakanfo of Yorubaland, Iba Gani Adams raised an alarm over plans by terrorists to launch attacks on Lagos and other states in South-West region.

According to Adams, “Now that Abuja has seemingly lost the battle to terrorists, the South-West region has been the next target of these destroyers of hope,”

“Information reaching me today is that the terrorists are in-between Osun forest and Ile Ife, Osun state, fully armed with various ammunition and they are presently in the forest between Abeokuta and Ibadan planning to attack us in the south-west.

“This is one piece information that we need to act on in order to avoid possible calamity. Yoruba aren’t cowards. So, let everybody in the south-west be vigilant and be watchful in checking this insecurity scourge that is already stiff-necking Nigeria.

“We will never allow them to destroy our land. Therefore, we urge the six governors in the south-west states to hold an urgent emergency security meeting with stakeholders across the region so as to address the impending implosion.

“We are aware of their plans to strike in Lagos, Ibadan, Oyo state, and Abeokuta in Ogun state, however, I implore all the governors in the south-west to recruit local security service structure in their various local governments.

“The insecurity situation has reached its peak with the threat by these terrorists to kidnap the president, governors and lawmakers.”

Following this alarm, police in Lagos had embarked on a series of efforts alongside other security agencies to keep the state safe.

Among their efforts as gathered by our correspondent, is keeping a special watch on lunatics, scavengers, among others in the state.

A source who spoke with our correspondent on the development said, “Lagos is not a state where such a warning would be ignored. You know what the state means to this country and that is why we have special order to ensure no stone is left untouched on the securing of the state. The situation, as it is, calls for a special watch on people you don’t even expect. Let me tell you, as it is we are on special watch on lunatics on the street, scavengers and other people you least expected. We are doing this alongside other security agents to keep the state safe. So don’t be surprised if you see police arresting scavengers, suspected lunatics on the street, it’s about intelligence reports”.

Meanwhile, the Lagos police through its spokesperson, SP Benjamin Hudeyin had said efforts are ongoing to secure the state from terrorists’ attack.

“The Commissioner of Police, Lagos State Command, CP Abiodun Alabi, has placed the State Intelligence Bureau, SIB, of the Command on high alert alongside all Area Commanders, Divisional Police Officers and Tactical Commanders, all in a bid to ensure that any possible planned attack is promptly and decisively nipped in the bud.

“The Command is also working closely with sister security agencies to ensure that no person or group of persons succeeds in destabilising the peace and serenity enjoyed by the good people of Lagos State.

“CP Alabi uses this medium to allay the fears of Lagosians and assure them that all human, material and operational resources have been fully and optimally deployed across the length and breadth of the state, especially at border towns, towards ensuring there is absolutely no breach of the peace”, the PPRO said.