Restructuring is becoming a fancy word in Nigeria’s political lexicon. It should, however, be remembered that we were not the only ones to think about it. Back in 1986, Mikail Gorbachev found that without (perestroika) (restructuring) and becoming (glasnost)(transparent) about it, the Soviet Union may not survive global competition. Albeit, we are in the same quagmire, as after 56 years, we are saying that we either restructure or we implode anytime soon.

Those two keywords, (perestroika and glasnost) were the approaches that took the dangerous bear hugs off the Soviet Republic and today the rump of the union, Russia, is the better for it. Whoever now strongly remembers in 2017 that the Soviets stretched into today’s Ukraine, Poland, Lithuania, Uzbekistan, and Georgia? Difficult as it was to contemplate in 1986 for the Soviets, the once unthinkable for us is getting closer to reality. Soviet Union came cascading on Christmas Day in 1991. We too must liberalize in the full meaning of liberalization which is the sweeping away of all “fixed, fast, frozen relations and not just those we dislike”. We must restructure, but then, in what ways?

Certainly not in the ways of the 1978, 1998 and 2014 Constituent Assemblies that were largely driven by ethnic thought processes and anxieties and which lacked the rigor of intellect, sincerity of purpose and futurist planning, and certainly not the flimsiness of the Obasanjo political reform conference, nor the self serving rejection of the Jonathan constitutional conference by President Buhari and his northern irredentists. 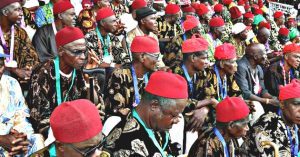 No matter how we skirt around it, there is an urgent need for a negotiated political settlement as Nigeria is a behemoth that will never fly. It is bad enough that the North needs to impose itself on the rest of the country, and sitting pretty glum that its Muslim Fulani inspired constitution which entrenches an incongruous unitary Federation (a structure unheard of anywhere in the world) is operationalizing in Nigeria, with all its contradictions and imponderables.

For over four decades now, the Yoruba nation has always clamored for what she calls “fiscal Federalism” which is more or less, a borrowed concept of understanding of relationships in the mould of U.S.A Federalism. This cry has been so outworn and never been a fancied chant over the years and hence it has not cut ice, especially with the North. The North’s fear is encrusted in the anxiety that a fiscal Federalism demand will break up the country and cause them to lose the South, which is a gift to them, Othman Dan Fodio and his descendants from the British as they granted Nigeria independence- a Friedreich Engels and Karl Marxian concept of liberalization. And that is not the only fear of the North, after the civil war, they still live in mortal fear of what a resurgent Igbo nation can do if let to go, given the Biafran experience. 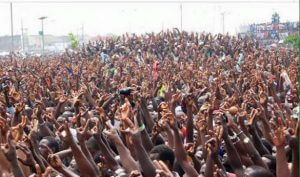 The restructuring clamour has resurfaced again given the first salvo by Atiku Abubakar on May 31st 2016 when at a book launch, curiously titled “We Are All Biafrans”, he argued and correctly so that-

He further recalled and argued that, Nigeria once operated a federal system at independence that allowed the regions to retain their autonomy, raise and retain revenues, promote development and conduct their affairs as they saw fit, while engaging in healthy competition with others. Deepening his argument further, he said

“Agitation by many right thinking Nigerians, call for restructuring and Renewal of our Federation to make it Less centralized, less suffocating, less dictatorial in the affairs of our Country’s constituent units and localities”

Nothing could he more persuasive that when he added that-

“The call for restructuring is even more relevant today in the light of the governance and economic challenges facing us. And the rising tide of agitations, some militant and violent, require a reset in our relationships as a united nation. Addressing the flaws in our federation will help us address some of those very economic and challenges facing this country” .

And to come close to those who never see any good in the calls of restructuring, Atiku Abubakar a Northerner from Adamawa, added what may be a clincher– 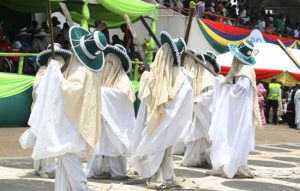 Ever since that May 31st call, it has opened a flurry of thought provoking articles from Nigerians in and outside of the country. Nearly everyone agrees that now is the time to restructure and therefore the need to collate all the strands of thoughts and analysis of the concept of RESTRUCTURING of a hitherto un-working federation – in the hope that the blind mindset of the illiterate cabal members, whoever they are, may see reason.

The thinking now is that by joining issues in matters of public interest that we can achieve definitions, clarifications, and fresh insights. With new knowledge, democratic standards are deepened and strengthened and the frontiers of good governance extended.

It was settled back in 1960 as at Nigeria’s independence that for a multi-ethnic and multi-religious society, like Nigeria, that a weak centre and loose regions provide guarantees for national integration and nation building. That was the hope at the start. But the 1966 coup –de- tat and the unification decree of the Aguiyi Ironsi regime shattered all that. With the long years of military rule which ended in 1999, the nation simply grew in the wrong knowledge and assumption that the military command unification model is the way to operate the federation. In practice, an ethnic north with its Sharia imposition, which effectively shuts out social and labor mobility from the wealthier South, certain inclusions in the Constitution which seem to exclude merit, in order to favor a slow and backward political economy of the North has deepened the centrifugal forces in our politics. A fair safeguard of federal character balance in appointments has been shattered and disregarded by a highly clannish and nepotic Buhari and hence nearly everyone in the south is angry at the continued forced union and therefore. The polity is getting overheated and many people now feels that the only way to go is by “Restructuring” and rolling back to either the regions of old and where that is not possible to arrange the federation into the 1995 seemingly settled six geographical Zones as a basis for a new arrangement of federation units.

Equally implied in the anger amongst the southerners is a federal system that will not tolerate accurate census head count (we have never had any) federal constituencies that are lopsided in favor of the North, a situation drawn up by Northern military officers who gave more local governments to a state like Kano which claims to be a city with more local governments than some States in the East. To many, these smack of injustice and inequity, which Northerners do not want to redress so long as their part of the country receives more resource allocation based on local governments and land mass. Painfully this gives them more members both in the Senate and in the House of Representatives. This advantage means that whatever the North wants, it gets by an unfair majority vote in the parliament. Justice, fairness and equity in all these matters is what southerners seek and hopefully some right thinking Northerners too.

Because of a 1979-1980 understanding to bring governance, and development to the grassroots, the Obasanjo, Yar’Adua military Administration through a Dasuki Commission Report, approved the autonomy and financial allocation to Local Governments. The action deemed right and appropriate and everyone then often referred to the Local Government system as the third tier of government. As it is usual in Nigeria, the structure was abrogated in the 1999 constitution thus making only the States as the federating unit of the federation. This has led to a complete subsuming of Local Government funds and operations in the States. The suits the thieving politicians who love unaccountability and who love to plant surrogates at the local levels in order to capture power. In the end, poverty is deepened and there is no growth in the 774 local governments in the country. Nigerians who are not politicians are clamoring for a due recognition of the third tier of government and that they be made part of the federating units contrary to what the lawyers would argue that no local government in any federation anywhere in the world is a federating unit. But in our unique history, we see the need, and hence any restructuring should accommodate the local government units. Some have admirably argued that given the primacy of local governments in public administration, we could structure along local governments and a federal superstructure only to deepen our democracy. 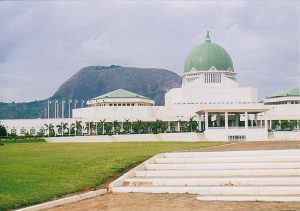 Someone so emphatic with the leaner structure argument is Olusegun Philips-Alonge. In write up after write ups, he has bemoaned a large inefficient federal beauracracy, which to him is why we are not developing. Restructuring as used in his context means moving the government closer to the people, giving resource control back to the local communities, reducing the function and reach of the federal government and improving National integration. Essentially, a restructured Nigeria will have a small, quick and highly efficient federal government that can perform its regulation of interstate commerce, National security, military, foreign policy, trades and interior integration cheaper and faster. However, restructuring also means the responsibility for the success and failure of government programme will rest solely on the people at the local level.

For Olusegun Philips Alonge, in a paper position which, I thoroughly agree with, the notion that Nigeria is a non-negotiable iron clad entity is naïve, unrealistic and false idea of the ideologue cabals. As renegotiating our existence restructuring our union and repositioning our priorities gives us a better chance of keeping Nigeria together as a successful nation. Our economy is weak and the immediate and long-term outlooks are not encouraging as structural inabilities in the financial system kill innovation, enterprise, and entrepreneurial spirit needed to compete on a world stage.

It needs no telling that the federation is not working ever since after the 1966 coup. This is more so because of the roles and responsibilities of the Nigerian federal government, which have continued to grow at an alarming rate. The socio-economic challenges from a burgeoning population are more than what can be micro managed from Abuja.