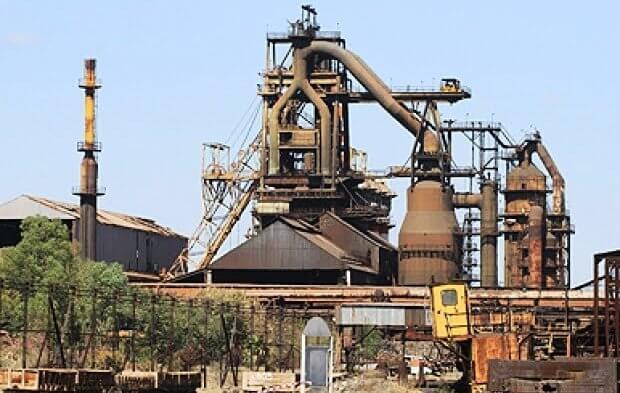 It is Nigeria’s leading steel company and had intended to be the leading supplier of quality steel products in all the major economic sectors including construction, packaging, and wire drawing/nail making industry.

The idea behind a steel project in Nigeria started in 1958 when the colonial administration commissioned a feasibility study on iron ore deposits in the country.

In 1967, a United Nations Industrial Development Organization (UNIDO) survey identified Nigeria as a potential steel market; which led to the signing of a bilateral agreement between the defunct Soviet Union and Nigeria.

In 1971, an extra-ministerial agency, the Nigerian Steel Development Authority (NSDA), was established by Decree No.9, to focalize efforts required to actualize a steel plant in the country.

Besides, the discovery of large deposits of iron ore at Itakpe in 1972 by the Soviet aero-magnetic survey team catalyzed the formal signing of a global contract in 1975, with Tiajpromexport (TPE), a Soviet state-owned firm, for an integrated steel plant of 1.3 million tonnes of long products.

However, the actual work on the Ajaokuta Steel Company commenced in 1979 during the administration of Alhaji Shehu Shagari.

Upon assumption of office in 1985, General Ibrahim Badamasi Babangida visited the Ajaokuta Steel Complex, and in 1986, he signed a new protocol agreement on the project with the same Tyajzhpromexport, TPE, rescheduling its completion date to 1989. This target date was equally never met, and operations at ASCO and NIOMCO had to be halted in 1992. Amazingly, the project was said to have reached 98 percent technical completion before work on it was stopped.

According to the Director-General of the National Metallurgy Development Centre, Jos, Professor Ibrahim Abdullahi Madugu, the Shehu Shagari government laid the foundation for Nigeria’s industrialization process. They did so by establishing steel producing companies like the Delta Steel Company, the Oshogbo Rolling Mill, the Jos Rolling Mill, Katsina Rolling Mill and the Ajaokuta Steel Company.

But as Madugu wondered, “Maybe we shouldn’t have embarked on so much at a go. It should have been more of a gradual process. But we started those steel rolling mills because we wanted to satisfy all the regions.”

Since its inauguration in 1983, the plant has been embroiled in managerial ineptitude and controversy, ranging from allegations of old machines and outdated blast furnace model. Despite its initial completion, the facility had suffered years of neglect under successive administrations.

In 2005, the President Olusegun Obasanjo led government concessioned the plant to Global System Steel Holdings Limited (GSHL), an Indian firm, who also failed to revive it.

The Indian firm was allegedly accused of going against the concessional agreement, which led to a face-off between the business and the company’s workers. Shortly after it was privatized; allegations of downsizing and asset stripping rocked the complex until it finally shut down operations. The plants had not functioned since 2005 when they were given to the Indian company. Since 2007, the Federal Government had been in arbitration with Global Steel and Global Infrastructure Limited at the International Chamber of Commerce, London, culminating in the reversion to the government. As part of the new arrangement, Global Steel agreed to withdraw its claim of $1 billion it initially demanded as damages allegedly suffered by the company while running the plant.

An estimated $7 billion is believed to have gone into the complex over the years. Sadly, years after, the project continues to be bedeviled by a combination of administrative bottlenecks, corruption and lack of sheer political will amongst successive administrations to see to the completion of this monumental national edifice.

Fast-forward to 2016, the Federal Government on August 1 announced that it had signed a renegotiated concession agreement with Global Steel Holdings Limited for the Nigerian Iron Ore Mining Company (NIOMCO), Itakpe.

The new agreement, which came after four years of mediation, was signed at a short ceremony presided by the Vice President, Prof Yemi Osinbajo, in his office at the Presidential Villa.

The Minister of State for Mines and Steel Development, Hon Abubakar Bwari; the International Mediator, Mr. Phillip Howell-Richardson, and top officials of the Ministries of Justice and Solid Minerals Development also witnessed the signing ceremony.

According to the new agreement, Ajaokuta Steel Complex will be reverted to the Federal Government, efficiently freeing the entity from all contractual encumbrances that had left it uncompleted and non-functional for decades, while GSHL retains NIOMCO.

During the signing ceremony, Fayemi said: “we expect that we would accomplish two things- bring NIOMCO to full function and start the process of retaking Ajaokuta and then give it to a new operator. With this, we will move from being just a mineral nation to a mining nation.”

According to Dr. Fayemi, once the first phase of the agreement is accomplished, the Federal Government intends to quickly move into achieving the objectives of concessioning the Ajaokuta Steel Plant to the most competent operator who meets the requirements of credible track record, technical capacity, and financial competence.

One major highlight of the settlement is that the Federal Government was able to negotiate a higher concession fee payable to the FG from 3% of turnover to 4% of turnover. Also, the FGN was assured guaranteed and continued supply of iron ore to Ajaokuta Steel Company Limited as a priority customer.

Vice President Osinbajo who hailed the mediation process said it was important the concession works “so that Ajaokuta can take off too”. He said it was a tragedy of immense proportion that Nigeria has both Ajaokuta Steel Complex and NIOMCO and couldn’t get anything out of them for years.

Following the concession agreement, a myriad of reactions has continued to trail the new deal with GSHL.

According to the sole administrator of the Ajaokuta Steel Company Limited Engr. Isah Joseph Onobere the agreement was a step in the right direction. Engr. Onobere said once the arbitration process has been concluded, the government would take a more concrete stand on the resuscitation of the Ajaokuta Steel Plants.

“My expectation is that government would take the correct decision to avoid past mistakes. Interests to bring Ajaokuta back to life are so overwhelming. Already, there are interests from Chinese, American, Russians, and even Nigerian investors. The minister has also assured a level playing field for all intending investors, and they will be assessed critically.

On what needs to be put in place for the final take off of the steel plant, Engr. Onobere continued thus;

“After a lot of critical assessments, what is required is about $400 to 500 million dollars to complete the Ajaokuta plant itself. There are about 43 plant units, and as at 1994, 40 of those plants were 100% completed and test run. Unfortunately, what has stalled Ajaokuta Steel Company over these years is not within Ajaokuta, but mainly the external infrastructure that is required. 1.3 million tonnes of cooking coal, for instance, needs to be imported, a deep-sea port is required to transport the coal, and there is also a need for a functional rail line between Ajaokuta and the closest port, which is in Port Harcourt. Though the rail line has been constructed but not functional, that was even one of the reasons the Russians left. Limestone, another raw product needed is in Jakura, 70km from Ajaokuta needs to be transported to Ajaokuta through the rail. These are the main reasons why Ajaokuta hasn’t been commissioned,” he concluded.

But a solid minerals development expert and President of the Progressive Miners’ Empowerments Association, Mr. Sunny Ekozin has a different view. According to him, he does not see the recent deal has been holistic.

“You cannot take a significant decision regarding Ajaokuta Steel Company without sitting down with every considerable stakeholder and get inputs from them and be guided by patriotic minds to arrive at a conclusion as to whether to concession or to give partial sale or equity participation to whichever company or individual.

“Due to several policy somersaults that have been carried out in the past in reviving Ajaokuta Steel Company, what is needed to be done right now is to sit down with stakeholders and arrive at the best solution to reviving the company,” he said.

A Lawyer and social entrepreneur Natasha Akpoti believes that in a way, it is like taking a step forward and two backward.

“For one it’s good that after eight years Ajaokuta Steel is now free from the Indians and back in Federal Government’s custody. But on the retrogressive part, it’s quite distasteful because this is the same company with which late President Umar Musa Yar’adua terminated the concession. So I wonder why Nigeria will re-engage them on the same grounds whereby there is clear proof of fraud and mismanagement of resources.

“So are we expecting something different? I hope the minister will be able to convince us that he has renegotiated a better package for Nigeria this time around,” she said.

Accordingly, the Ministry of Mines and Steel Development said following the signing of the modified NIOMCO concession, GSHL is to submit its business plan for government’s approval within the next 105 days.

A statement by the Special Adviser to the Minister on media Yinka Oyebode stated that the submission of a business plan for approval by the Federal Government is part of the timeline agreed upon by both parties for the revitalization of the entity.

According to the timeline, GSHL would within 48 hours of the signing of the agreement gain access to NIOMCO plant at Itakpe, Kogi State, for due diligence.

Also, an independent audit of the Joint Audit Report is to be carried out within 65 days of the new agreement. The terms of reference of the auditors of the review would be to “cross-check and verify the report and not to re-do the audit all over again.”

The statement also read that the ratification of the Joint Audit Report by the Attorney General of the Federation and GSHL is to be carried out shortly after, accurately within 80 days of the agreement signing.

The Minister of Mines and Steel Development, Dr. Kayode Fayemi, said getting NIOMCO and Ajaokuta working would move Nigeria from just being a mineral-rich country to a mining nation.

“Once the first phase of the agreement is accomplished, the FGN intends to quickly move into achieving the objectives of concessioning the Ajaokuta Steel Plant to the most competent operator.

“Through this, we would be able to process, beneficiate and add value to what we have.” the Minister added.

In our next feature, Caracal Reports will investigate further whether these new agreements have been adhered to and if there are no hidden agenda concerning the workability of the deal.