Trump and Ryan Working Together on Unpopular Health Care Reform 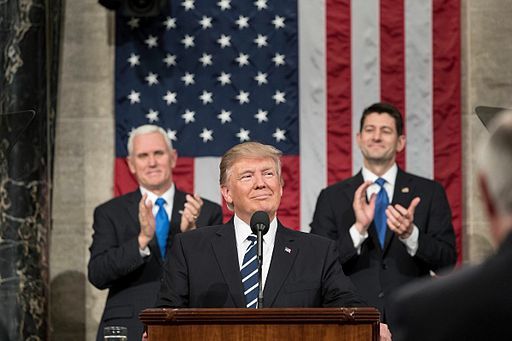 House Speaker Paul Ryan (R-WI) and the Trump Administration are “on the same page” when it comes to repealing the Affordable Care Act and replacing it with the proposed American Health Care Act, despite criticism from both Democrats and Republicans.

“We are on the same page with the White House. I think there are those who would love to wedge us for one reason or another, but that’s just not the case,” Ryan said to conservative radio host Laura Ingraham. “We are on the same page. We laid out a plan for the president on how to achieve his legislative agenda in 2017.”

Ryan’s insistence comes in the wake of a damning report published by the Congressional Budget Office (CBO) which has thrown into question whether the unpopular bill will receive enough votes from Republicans to pass through Congress or the Senate.

Ryan’s defense of his relationship with Trump also came in the wake of an audio release from Breitbart News, where Ryan told House Republicans last year during Trump’s campaign that he would not “defend Donald Trump – not now, not in the future.”

What Is the American Health Care Act

The most important parts of the American Health Care Act are the removal of the government mandate which requires Americans to have health insurance or pay a fine; cut a large part of those under Medicaid, and allow insurance companies to hike fees on the elderly. It would also require insurers to cover so-called pre-existing conditions but would let them add a 30% surcharge to premiums if people go without insurance for too long.

While it removes the government mandate – a defining feature of the ACA – it keeps in place large portions of the structures that define Obamacare.

On Monday, March 13, the nonpartisan group Congressional Budget Organization released a report saying that 14 million people would lose insurance by 2018 and 24 million people by 2026 if the American Health Care Act were passed. It also showed that as a result of the replacement, it would save 377 million dollars by 2026.

These numbers add fuel to the fire for the bi-partisan critics of the plan. Critics on the left pointed to the tax breaks for the rich and the burden of the healthcare losses on the poor, old, and disenfranchised. They have also sought to link it with the administration calling it “TrumpCare,” which the government has distanced itself from.

Democrats have had harsh words for the proposal, like Senator Chris Murphy (D-Cn) who told reporters that the legislation “is a dumpster fire of a bill that was written on the back of a napkin behind closed doors because Republicans know this is a disaster.”

Critics on the right, however, see too much of Obama’s Affordable Care Act in the new legislation, and have labeled it “Obamacare 2.0.” This has been the attack of the website Breitbart, whose co-founder, Stephen Bannon, is the President’s top adviser.

This critical approach has been mirrored by Republican lawmakers like Sen. Rand Paul (R-Ky) who has called the replacement plan “Obamacare-lite.”

President Trump himself has tweeted multiple times on the health care replacement, pointing to how ObamaCare is “imploding” and encouraged Republicans to come together and pass the American Health Care Act. He’s also called out Sen. Paul to get on board.

Healthcare is a complicated political issue. One of the most difficult, in fact.

The Clintons fought in the 1993-94 health care battle and suffered a bitter defeat that ended up costing them both chambers of Congress.

Obama suffered similar defeats in 2010 when the Affordable Care Act cost him the majority-Democrat governorships and nearly 700 seats for Democrats in state legislatures.

Will this time be different?

Given that Trump’s administration is crippled by chaos; there are deep intra-Republican rifts, and many GOP members are forced to face angry constituents – who will be voting in the midterm elections and are about to lose their health coverage – it will undoubtedly be difficult.