Government miscalculations: What the U.K.’s election tells us once again 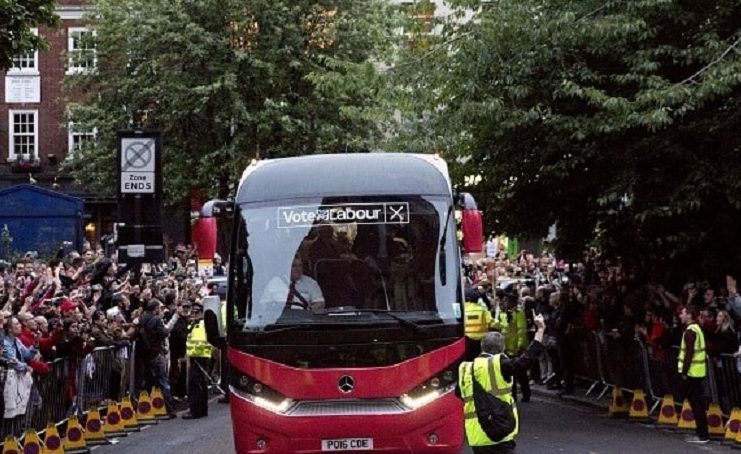 The recent UK election was one of the most sensational and stunning political upsets of our time. Oh wait…

To the surprise of the government elite, Theresa May, who leads Britain’s Conservative Party, lost her majority in parliament.

Meanwhile, the leftwing opposition and leader of the Labour Party, Jeremy Corbyn, who was seen as extreme and incompetent, shocked pundits when he won 31 seats in Parliament.

May was playing with fire when she called an early election to gain more seats to boost her mandate for Brexit negotiations. She was confident that she would succeed.

Before May, and around the same time last year, Former Prime Minister David Cameron called a referendum to vote on whether to remain or exit from the European Union.

When offered the choice, the people chose to exit, and widespread shock and fear ensued.

Roughly one month after the historic Brexit vote, the Democratic Party in the U.S. nominated a candidate, Hillary Clinton, who was more disliked among the American population than any nominee in the past 10 presidential cycles. The only person who shared such a historically low favorability was Clinton’s rival, Donald Trump.

The Democratic Party believed that there was no way that Hillary, who was organized and careful, but robotic with little personality, could lose to someone with too much of a personality, no filter, and an erratic temperament.

But when offered the choice, the people chose the latter. Again, widespread shock and chaos ensued.

The Bernie and Corbyn Movements

Jeremy Corbyn has been nicknamed the “British Bernie Sanders”. Both candidates were anti-establishment and were able to mobilize huge numbers of supporters in widescale, grassroots movements. They provided inspiration and trust where little to none otherwise existed.

Because they were able to tap into voters’ sentiment, Sanders and Corbyn gained momentum faster than Hillary can make up excuses for why she lost.

Although Corbyn and Sanders lost their respective elections, they still won. Rome wasn’t built in a day, and the two self-proclaimed Socialist candidates tapped into something big. The candidates were criticized as being ‘too idealistic’, but I would say the same to their critics. In fact, I believe that Corbyn and Sanders were two of the few politicians living in reality. They opened their eyes and saw the widescale sentiment and growing discontent where their critical counterparts refused to look and see.

And so I come to the whole point of this article, which is that we are seeing extraordinary changes in politics and most importantly, the government has to open their eyes to this in order to sustain their Party. The traditional rulebook is being thrown out, and Politicians tied to the Establishment are left scrambling after ‘unpredictable election results’. These same surprised government officials are out of touch so much so that they make major political miscalculations that leave them with egg on their face.

I should point out, though, that the political dynamics  I speak to here are complex, and the comparisons I draw are fairly simplified, but this is in an effort to make a point and to send a message. That is, people are tired of not being heard, and they want a government that represents them. Constituents found that inspiration and authenticity in Sanders and Corbyn.

A similar phenomenon appeared on the far-right.

But with Trump and Brexit voters, they wanted to send a message to the government. What the political upsets in the last year or two show us is that the population is changing, and as younger and louder voters mobilize, the popularity of politicians like Bernie and Corbyn will grow. Politicians who can’t keep up will do so at their peril.

I asked a friend of mine, Abi, who is a Physics teacher in the U.K., about her thoughts on the election.

Abi echoed the sentiment of liberal voters in the U.S., who feel let down by a government who won’t admit fault, which is needed before any kind of change. Abi said she was disappointed when she heard Theresa May’s speech after she had been to see the Queen because May did not acknowledge her mistake to call the election and failed to realize that many people swung to Labour because they were fed up with the conservative government.

The irony is that political parties and the establishment government make decisions that serve only their own interests and without understanding their voters, but what happens in a democracy is that when enough people come together to voice their own interests, they win.