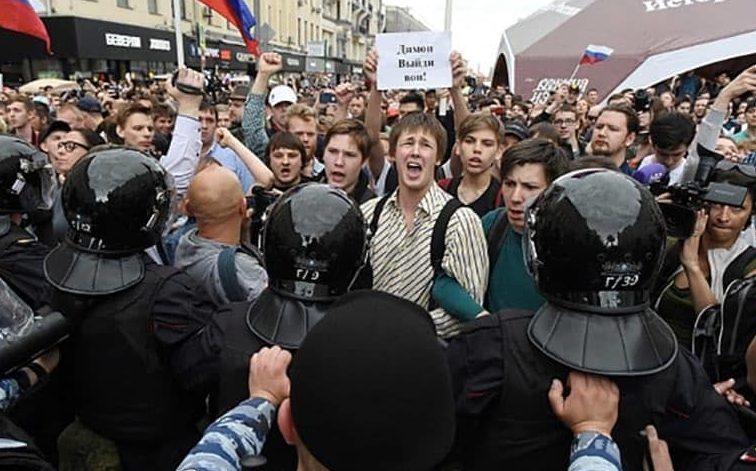 Over 250 people, including opposition leader Alexei Navalny, have reportedly been arrested in Russia as anti-corruption protests continue across the country. Hundreds more were detained by authorities.

The protests come as part of a nationwide day against corruption, organized by Navalny.

According to BBC, the government granted permission for many of these demonstrations. Russian police estimate that around 5000 people took part in the Moscow protests and the Russian interior ministry said that 3500 people attended the St. Petersburg protests, around 500 of whom were detained by police.

Navalny called for the protests due to accusations against Russian Prime Minister Dmitry Medvedev, who allegedly misused his government position to amass a personal fortune.

Specific allegations were made by Navalny in a Youtube video posted March 22nd, which claims Medvedev has acquired many luxurious properties and vineyards. Medvedev has denied these allegations.

The protests coincide with Russia Day, which celebrates 1990’s declaration of sovereignty.

Navalny is Putin’s main opposition in the planned 2018 election, despite a felony conviction which technically disqualifies him from running. Navalny claims that the embezzlement conviction he received, for which he was given a suspended sentence in February, was politically motivated. After his arrest outside of his apartment building, his wife announced that the planned protests would continue as planned.

Navalny was sentenced to fifteen days in jail for organizing an illegal protest following today’s arrest. Navalny apparently changed the location of Moscow’s protest, despite warnings from authorities that the changed location was illegal.

According to reports, the police went so far as to arrest a large rubber duck, which is used by protesters as a symbol of the opposition movement. The duck is a reference to claims that Medevedev has a custom-made house specifically for ducks at one of his properties.

Activists in St. Petersburg have already started a legal defense fund for those arrested and charged.

The New York Times called the protests, “the biggest anti-government outpouring in Russia in years”, even succeeding similar protests planned by Navalny in March. These recent protests have been less focused on Putin, and more aimed at specific issues such as corruption and taxes.