Anti-Qatar Protests in Hamburg May Have Been Staged 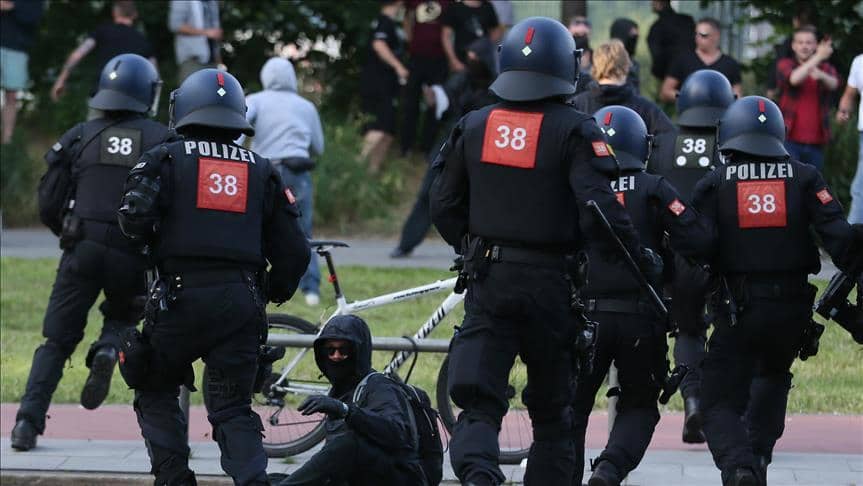 During the recent G20 summit in Hamburg, Germany an Anti-Qatar demonstration formed, with some 140 protesters gathering in front of the city’s Christuskirche. The protesters held signs that said “Qatar supports terrorism.” Despite being a relatively small protest in size, some Arab media outlets gave generous coverage to the demonstration. “Sky News Arabia reported the event live. Another Egyptian channel as well as Saudi and UAE  media outlets picked up on the protest. The Egyptian newspaper Egypt Today said about 7,000 people demonstrated against Qatar,” an ARD-faktenfinder report said.

According to a report by Al Jazeera “the protest occurred against the backdrop of the diplomatic crisis between Qatar on one side and Saudi Arabia, UAE, Bahrain and Egypt on the other side.” However, it seems as though the protest may have been staged. Refugees have reportedly told ARD-faktenfinder that the protesters were paid in exchange for demonstrating against Qatar. According to the Al Jazeera Report: “Ahmad O, a Syrian refugee from Hamburg, said he was approached by two Egyptian men named Amro and Mohamed in a park. They offered him 1,000 euros.” In exchange for the money Ahmad O was to show up at the protest and to bring friends along. He was then reportedly promised an additional 100 euros for each of his friends.

Ahmad O would go on to say that when the money arrived, it was not the amount that was originally promised, stating: “But when we were there, they only gave us money for 100 people. The other 300 people didn’t get anything. So they were upset and started chanting for Qatar. The protest turned into a pro-Qatar demonstration.” Other refugees have corroborated Ahmad O’s account of the protest.

Al Jazeera spoke to another refugee named Mustafa Hassan, who was at a refugee facility in the city. Mr. Hassan was quoted, by refugee portal WDRforyou, as saying:”People in the refugee camp have told me: ‘Come with us. 100 euros for two hours. We go together. We just have to participate in a protest against Qatar. There’s nothing to worry about.’ But I declined.”

According to Hamburg Police, they did not see any refugees being paid for the protest, however they did see some demonstrators leave the protest and begin to “significantly disrupt” it. There is subsequent video footage of the once protesters destroying the signs while chanting pro-Qatar slogans. Despite not seeing any money change hands, there is quite the stack of evidence to suggest that the protests were staged.