Dysfunction in the Trump Administration 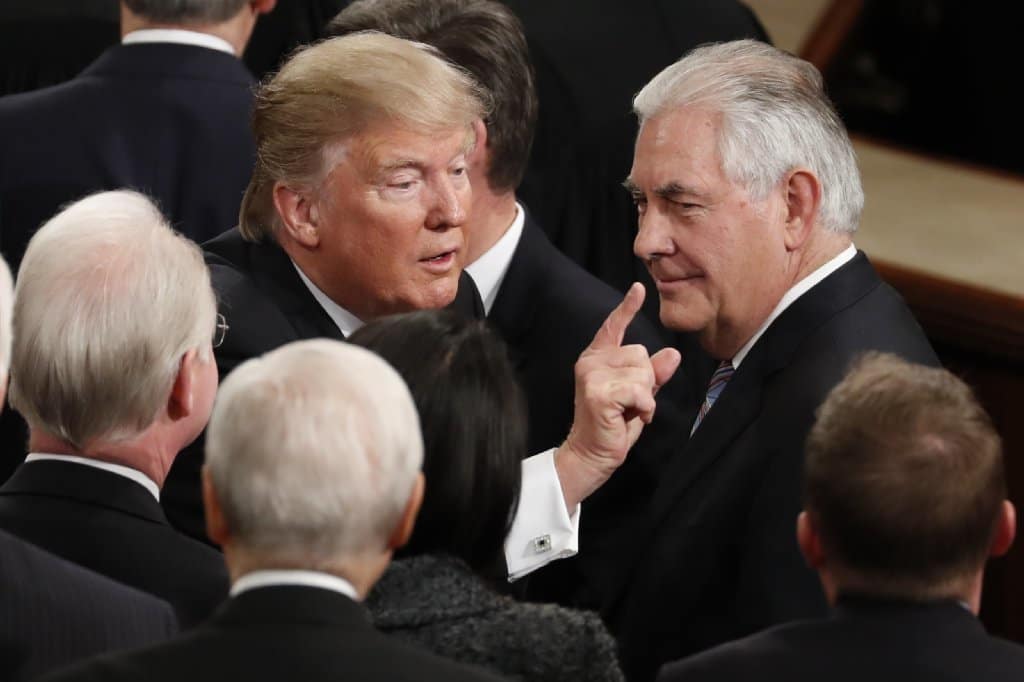 The very odd and one-sided feud between President Trump and Attorney General Sessions has continued in recent days, as President Trump continues to take to twitter to illustrate his displeasure with his top law enforcement official. The criticisms of Attorney General Sessions stretch back to last week, when the president explained he wouldn’t have hired Sessions. The president’s displeasure stems from Mr. Sessions’ decision to recuse himself from overseeing the investigation into Russia’s involvement in the 2016 election.

The criticisms of Mr. Sessions have only intensified over the days since, as the president continues to attack his attorney general on social media. President Trump tweeted: “Why didn’t AG Sessions replace Acting FBI Director Andrew McCabe, a Comey friend who was in charge of Clinton investigation, but got big dollars ($700,000) for his wife’s political run from Hillary Clinton and her representatives. Drain the Swamp.”

Drain the swamp being a favorite campaign phrase for the president as he called for a shake-up congress, and that it was time for a political outsider. However, the use of it in this tweet is curious, given that President Trump appointed Jeff Sessions to Attorney General in the first place. In essence it is the President’s own swamp which he seeks to drain.

The attacks on Mr. Sessions, are also strange, not only given that he is a member of President Trump’s cabinet, but he has, in fact, been one of President’s more loyal supporters, being the first Senator to publicly support his bid for the White House. Mr. Sessions also gave up his Alabama senate seat, a seat that was safely his, for the post as Attorney General when asked to serve the president.

In an interview with The Wall Street Journal, the president stated that he was very “disappointed in Mr. Sessions and particularly ridiculed the attorney general’s “very weak position” on the alleged crimes of Hillary Clinton. Given the attacks and President Trumps well documented displeasure with his cabinet member, many speculate that Mr. Sessions will resign. However, the attorney general has yet to yield and remains at his position despite the president’s insistence in taking to twitter to air grievances with his job performance.

The effects of this are not only being felt by Mr. Sessions and President Trump, as according to an NBC News report, several Republican senators including Senator Richard Shelby, of Alabama, and Senator Lindsey Graham of South Carolina, have expressed anger over the President’s continued broadsides towards the Attorney General.

The attacks on Attorney General Sessions have also disgruntled other members of the President’s cabinet, most notably Secretary of State Rex Tillerson, whom was reportedly disturbed by the president’s treatment of Mr. Sessions. Secretary of State Tillerson has gone so far as to announce that he is “taking a little time off,” according to a spokesperson. This comes just a week after President Trump’s Press Secretary Sean Spicer resigned, over the hiring of Anthony Scaramucci as Communications Director.

President Trump, has done his best to shed doubt over any perceived dysfunction within his White House. In the same Wall Street Journal interview, the president claimed that white house staffers were “fighting over who loves him most.” He also stated that he would like the justice department to crack down on federal employees who leak information to the media. Within the white house, there has already been a crackdown on leaking, as Mr Scaramucci told Politico on Tuesday morning that he planned to fire Assistant Press Secretary Michael Short, who later resigned.

As another day under the Trump Presidency goes by, the dysfunction has never looked worse, and the swamp has never quite looked so murky.