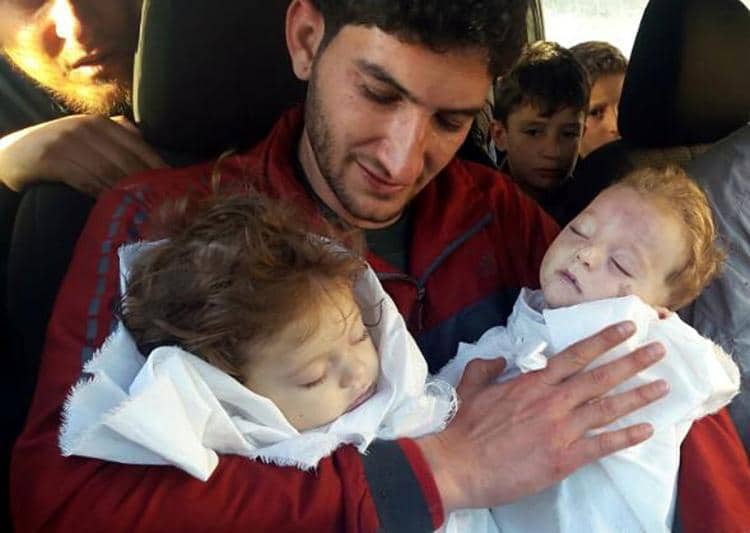 Four year on from the biggest chemical attack in Syria’s civil war, unfortunately little has changed. The attack struck the Damascus suburb of East Ghouta, and the memories of the horror are still palpable to many in the region. Thousands were rushed to the hospital after an air raid four years ago. Many of those affected reported symptoms such as convulsions, mouth foaming, coughing up blood and suffocation.

As medical experts and doctors became more adept at treating injuries of war, they had remarkable trouble dealing with no signs of physical injury. Not long after, international investigators would go on to report that sarin gas had been deployed, which is an agent that attacks the central nervous system. The number of deceased in the attack is still unknown, as some report roughly 300 while other have a count as high as 1,700. Despite the discrepancy in number, most agree that this was the most devastating chemical attack in recent memory.

Since this horrific attack, little has changed. According to The Independent, war monitors such as the UK-based Syrian Observatory for Human Rights, have reported several more chemical attacks. These reported attacks include dozens of alleged chlorine attacks as well as at least one more major sarin attack. International watchdog Organization for the Prevention of Chemical Weapons (OPCW), has never blamed Syrian President Bashar al-Assad’s government for the attack. However, there is little doubt as many believe no other force in Syria would be capable of launching such an attack.

April of this year saw another chemical attack in the country. A sarin attack was launched in the rebel held village of Khan Sheikhoun, which killed roughly 130 civilians. This horrific attack has led to more calls for President Assad to be held accountable for gassing his own people. According to The Independent, President Donald Trump acted quickly, launching a retaliatory strike. The strike took the form of 59 tomahawk missiles that struck a regime operated air base. The retaliation marked the United States’ first direct action against Assad, since the civil war started six years ago.

Opposition to the regime, has claimed that some eight chemical attacks have been carried out since Khan Sheikhoun. Each attack apparently targeted another rebel-held area of Syria. Though the attacks were smaller in scale, they cannot be taken lightly.

Nour Aden, an activist from East Ghouta, has indicated that people in East Ghouta would continue to live in fear.  “It’s a different kind of fear in Ghouta now,” he said. “You hear the planes come and you fear the bombing. But the chemicals are silent. You don’t know you’re dying until you can smell it and then it is too late. The Assad regime cannot be trusted not to gas us again, and we will always be afraid.”

Despite the initial retalitory strike by the US, little has been done regarding the subsequent attacks. In a world where the use of chemical attacks is supposed to be one of the most heinous of war crimes, there is little reason for the Assad regime to fear. As Dr. Eid of Syria put it: “All of them – the UN, the US, Russia, Iran – they all say they want the best for the Syrian people, but that is a lie. Ultimately, we have been left alone to face what is happening in Syria. And history will not judge the world kindly.”