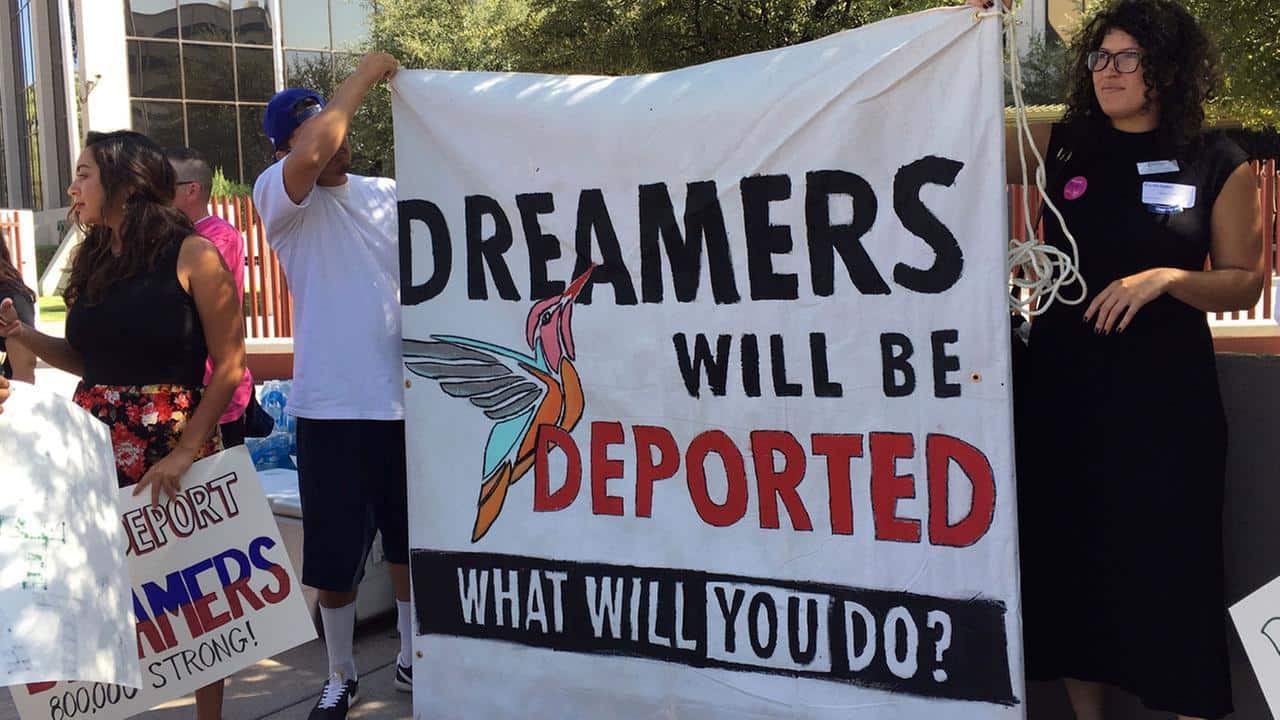 President Trump announced he would terminate an Obama-era policy that protects young unauthorized immigrants from deportation. The legislation, known as the Deferred Action for Childhood Arrivals, expires March 5, 2018, and affects nearly 800,000 people. Trump called on Congress to act on legislation that would replace the DACA policy before its deadline.

Attorney General, Jeff Sessions, backed Trump’s order. “To have a lawful system of immigration that serves the national interest, we cannot admit everyone who would like to come here. That is an open border policy and the American people have rightly rejected it,” Sessions said in a speech delivered at the Justice Department in Washington. “Therefore, the nation must set and enforce a limit on how many immigrants we admit each year and that means all can not be accepted.”

Former President Barack Obama signed an executive order in 2012 to install DACA, which shields immigrant youths who came to the U.S. before age 16 from deportation while they study or work in America.

Obama, who pledge to speak up if the Dreamers were targeted before leaving office, wrote on his Facebook page “ … These Dreamers are Americans in their hearts, in their minds, in every single way but one: on paper. They were brought to this country by their parents, sometimes even as infants. They may not know a country besides ours. They may not even know a language besides English. They often have no idea they’re undocumented until they apply for a job, or college, or a driver’s license … “

Immigrants who qualify for DACA are protected for two years from deportation and earn a work permit so long as they have a high school diploma or GED equivalent and no serious criminal convictions. They can renew their applications to extend their stay. Nearly 80 percent of approved applicants are Mexicans, with California leading nationally in the number of DACA recipients, the Pew Research Center reports.

The White House said the decision is a great way to unwind the program and provide Congress the opportunity to find a permanent solution to immigration. Sessions called the program an “overreach” and said the ‘wind down’ will give legislators time to act.

On deportation, Trump said in a statement “We are focused on criminals, security threats, recent border-crossers, visa overstays, and repeat violators. I have advised the Department of Homeland Security that DACA recipients are not enforcement priorities unless they are criminals, are involved in criminal activity, or are members of a gang.”