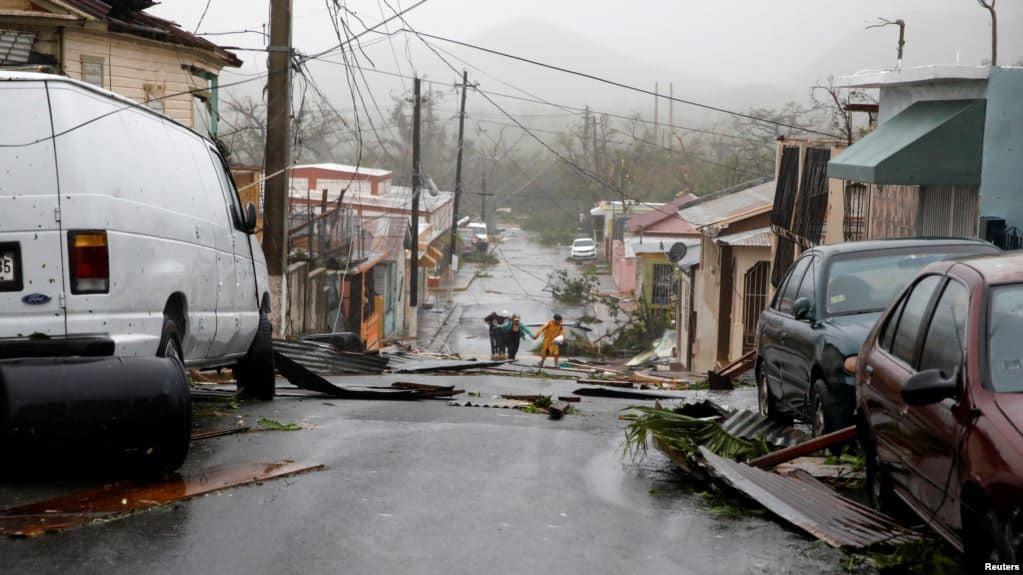 Hurricane Maria has decimated Puerto Rico after much of the Caribbean was already affected by preceding hurricanes. Puerto Rico was left entirely without power and now must contend with flash flooding and the subsequent clean-up. Governor of Puerto Rico Ricardo Rosselló had said in the morning that Hurricane Maria would be an “extremely violent phenomenon.” Even after the storm moved offshore, he tweeted: “The danger continues – there are flood warnings for the whole of Puerto Rico.” Maria marked the strongest storm to hit Puerto Rico in decades and has affected or perhaps worse, about 3.4 million people. Thousands have been displaced into shelters as the destruction in the Caribbean continued.

The battle of words continued between President Donald Trump and North Korean leader Kim Jong-Un. In his statement to the United Nations, President Trump was forceful, vowing to “totally destroy” North Korea if the United States or its allies were attacked. Tensions between the nations have grown in recent months, amid North Korea’s continued attempts to test and fire nuclear weapons. President Trump has done little to quell fears as this newest vow for North Korea’s destruction is not the first. This comes not long after claiming America would respond with “fire and fury” should North Korea attack. Leader Kim Jong-Un responded to the president’s remarks, calling President Trump “deranged” and saying he would “pay dearly” for his threats against the DPRK. Kim Jong-Un has also called into question President Trump’s fitness for such a high office, and has stated that President Trump’s claims have convinced him “that the path I chose is correct and that it is the one I have to follow to the last.”

Kim Jong Un of North Korea, who is obviously a madman who doesn’t mind starving or killing his people, will be tested like never before!

The Huddle To Replace Obama Care Continues For Republicans

Multiple high-profile Democrats, including former President Barack Obama, have slammed Republicans newest bill aimed at repealing the ACA, or Obamacare. The Graham-Cassidy Bill would see the states have more power in creating and running their own health care programs. President Obama fears that this move would leave many uninsured and would increase costs of health care. President Obama further stated that the passage of such a bill would invoke “real human suffering.” The Graham-Cassidy Bill could be voted on as early as next week, and many high-profile Republicans like John Mccain has come out strongly against the bill.

I cannot in good conscience vote for Graham-Cassidy. A bill impacting so many lives deserves a bipartisan approach. https://t.co/2sDjhw6Era pic.twitter.com/30OWezQpLg

President Trump made further waves in his speech to the UN General Assembly. This time, calling Iran a “rogue state” and threatening to scrap his predecessors nuclear deal with the nation. Iranian President Hassan Rouhani was quick to respond to the US president’s “ignorant and absurd” rhetoric. President Rouhani further stated: “It will be a great pity if this agreement were to be destroyed by rogue newcomers to the world of politics.” He also claimed that Iran wanted to preserve the nuclear deal made with six world powers including the France, UK, and the US. President Trump is at odds with many other world leaders, including UK Prime Minister Theresa May, and French President Emmanuel Macron in regards to the accord, who see the accord as vital.