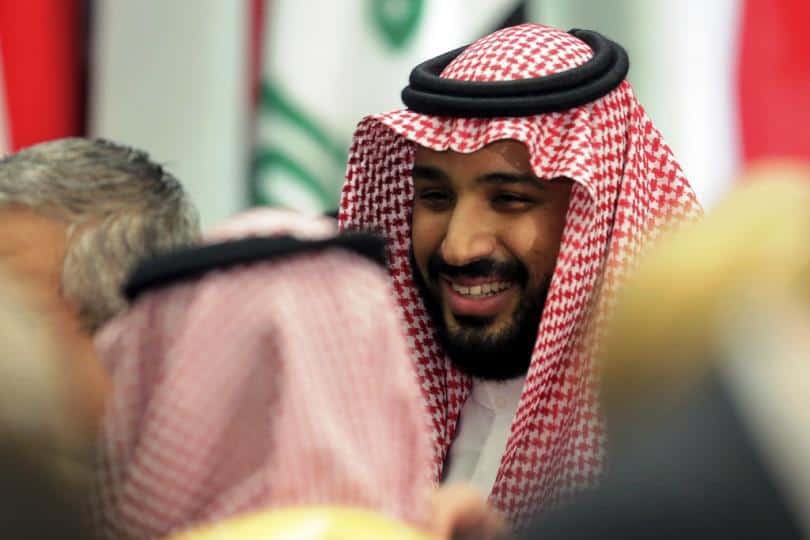 Eleven princes and four sitting ministers along with senior military officers, businesspeople, and top officials were arrested on Saturday as part of a purported anti-corruption probe, further cementing control in the hands of its young crown prince.

The announcement of the arrests was made over Al Arabiya, the Saudi-owned satellite network whose broadcasts are officially approved.

In a press release from the Saudi Ministry of Communication, they announced the new anti-corruption initiative as part of an “active reform agenda aimed at tracking a persistent problem that has hindered development efforts in the Kingdom in recent decades.”

The royal decree stated, “due to the propensity of some people for abuse, putting their interest above public interest, and stealing public funds” and will “trace and combat corruption at all levels.”

Prince Alwaleed bin Talal’s — who is one of the world’s wealthiest men— was among those detained overnight on Saturday. Alwaleed controls the investment firm Kingdom Holding. His other investments include stakes in News Corp, Citigroup, Twitter, Apple, Four Seasons, Fairmont, and Movenpick hotel chains. He is also an investor in ride-sharing services Lyft, Careem, and controls satellite television networks watched across the Arab world. Kingdom Holdings’ stock was down nearly 9 percent in trading Sunday on the Saudi stock exchange.

The Ritz Carlton hotel in Riyadh, the de facto royal guesthouse, was evacuated on Saturday, stirring rumors that it would be used to house detained royals. The airport for private planes was closed, arousing speculation that the crown prince was seeking to block wealthy businesspersons from fleeing before more arrests.

Alwaleed has also recently sparred publicly with President Donald J. Trump. The prince was part of a group of investors who bought control of the Plaza Hotel in New York from Mr. Trump, and he also purchased an expensive yacht from him as well. But in a Twitter message in 2015 the prince called Mr. Trump “a disgrace not only to the GOP but all America.”

The surprise arrests, which also include two of the late King Abdullah’s sons, were hailed by pro-government media outlets as the most significant sign yet that Crown Prince Mohammed bin Salman is keeping his promise to reform the country.

The king named his son, the crown prince, as head of an anti-corruption committee established late Saturday, just hours before its arrest of top officials. The scale of the arrests is unprecedented in Saudi Arabia, where senior royals and their business associates were seen as operating above the law.

Shortly before the arrests, King Salman had ousted Prince Miteb bin Abdullah from his post as head of the National Guard. The prince is reportedly among those detained in the sweep, as is his brother, Prince Turki bin Abdullah, who was once governor of Riyadh. Both are sons of the late King Abdullah, who ruled before his half-brother King Salman. Prince Miteb was once considered a contender for the throne.

Saudi Twitter accounts released several other names of those arrested. They include Alwalid al-Ibrahim, a Saudi businessman with ties to the royal family who runs the Arabic satellite group MBC. Amr al-Dabbagh, the former head of the Saudi Arabian General Investment Authority; Ibrahim Assaf, the former finance minister; and Bakr Binladin, head of the Saudi Binladin Group, a major business conglomerate.

“The dismissals and detentions suggest that Prince Mohammed rather than forging alliances is extending his iron grip to the ruling family, the military and the national guard to counter what appears to be more widespread opposition within the family as well as the military to his reforms and the Yemen war,” James M. Dorsey, a Gulf specialist and senior fellow at Nanyang Technological University in Singapore, said an analysis of the shake-up.

Saudi Arabia said late Saturday it intercepted a ballistic missile fired from Yemen at Riyadh International Airport, on the outskirts of the capital. The crown prince, as defense minister, oversees the stalemated war against Yemen’s Iranian-allied rebels.

The Finance Ministry said the anti-corruption probe “opens a new era of transparency and accountability,” enhances confidence in the rule of law and improves the kingdom’s investment climate. It is not clear what Prince Alwaleed or others are being investigated for.

The Saudi-owned Al-Arabiya news channel said the anti-corruption probe was looking into the response to flooding in Jiddah that killed around 120 people in 2009 and devastated the city again in 2011, as well as the government’s handling of a Coronavirus outbreak that has killed several hundred people in recent years.

The prince, often pictured on his 85.65-meter (281 foot) superyacht in the Mediterranean, is the most outspoken Saudi royals and a longtime advocate for women’s rights. He is also a majority owner of the famous Rotana Group of Arabic channels.

The kingdom’s top council of clerics issued a statement saying it is an Islamic duty to fight corruption— essentially giving religious backing to the high-level arrests being reported. A senior royal court official, Badr al-Asaker, on Sunday, appeared to confirm the arrests on Twitter, describing a “historic and black night against the corrupt.”

The government said the anti-corruption committee has the right to issue arrest warrants, impose travel restrictions, and freeze bank accounts. It can also trace funds, prevent the transfer of money or the liquidation of assets, and take other precautionary measures until cases are referred to the judiciary.

Just three months earlier, Prince Mohammed bin Nayef was plucked from the line of succession and his post as interior minister, overseeing internal security. This actions laid the groundwork for the king’s son to claim the mantle of the crown prince.

Crown Prince: Every person, who has engaged in #corruption, regardless of their status, will be held accountable, provided there’s evidence. pic.twitter.com/sTxKfqvjo2