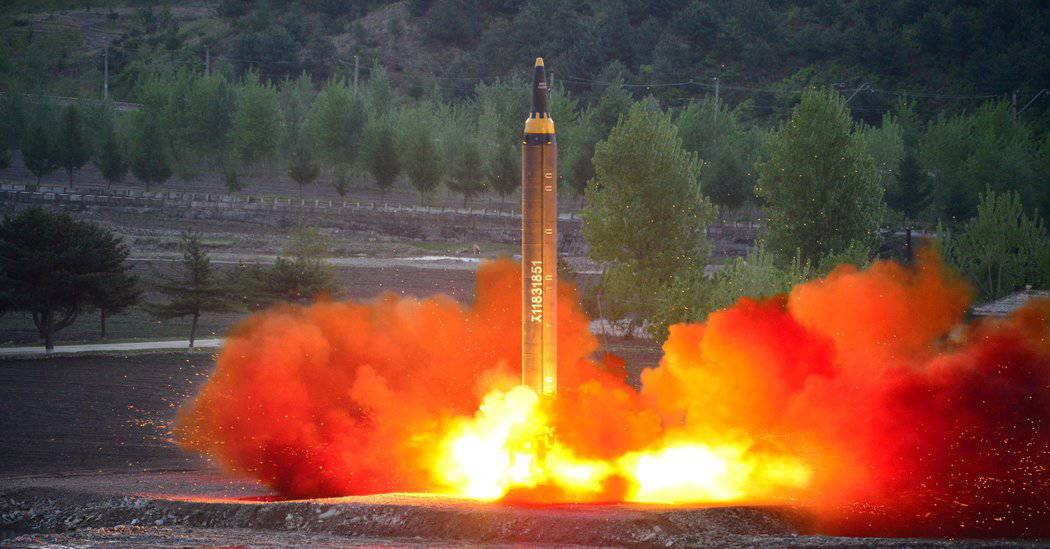 North Korea launches ICBM test to defy the US and Allies

North Korea has fired a ballistic missile that may have landed in Japan’s Economic Exclusion Area, South Korean and US officials have confirmed.

The launch was reported by South Korea’s Yonhap news agency and is the first missile North Korea has launched since mid-September. According to NBC News, the Japanese Prime Minister’s office said that the missile had landed within 200 miles of Japan’s coast.

The launch comes despite a plethora of actions intended to dissuade North Korea’s leader Kim Jong-Un from further military displays of strength. These have ranged from President Trump threating “fire and fury” if the East Asian country continued on its current course, to the UN imposed sanctions brought into place in September, to Chinese efforts to begin to resolve the crisis diplomatically.

The missile launch is a direct insult to all of these efforts and demonstrates unwillingness on the part of the North Korean dictator to back down, even when faced with mounting international pressure. Shortly after the North Korean missile test, South Korea put on its display of military might, demonstrating its own ability to strike North Korean targets from the land, air, and sea.

This test marks the first ballistic missile test in over two months. Independent analysts now believe that North Korea has missiles that are capable of striking the continental United States, though whether those missiles have nuclear capability is still up for debate.

North Korea has become increasingly brazen with its missile tests recently, and a capacity to strike the United States with its missiles is only part of the problem. The South Korean capital Seoul is located just 35 miles from usual North Korean artillery placements, so any conflict that is sparked by the increasing tensions puts the South’s capital at serious risk quite apart from any nuclear capability that the North may have.

This is part of the reason why international forces are so cautious when dealing with North Korea; while a precision strike to take out some of their more hi-tech weaponry is certainly not impossible, their low tech artillery is capable of doing just as much damage just as quickly in retaliation to any strike that may take place. There are currently 28,500 American troops stationed in Seoul according to The Huffington Post, to say nothing of the enormous civilian casualties that an artillery bombardment could incur.

North Korean leader Kim Jong-Un has been in charge of the country since the death of his father Kim Jong-Il in 2011. At the time of his ascension, some had hoped that he would be a more progressive force in the country that would move them away from the international isolation that they had suffered since the Korean War, but this has so far proven not to be the case