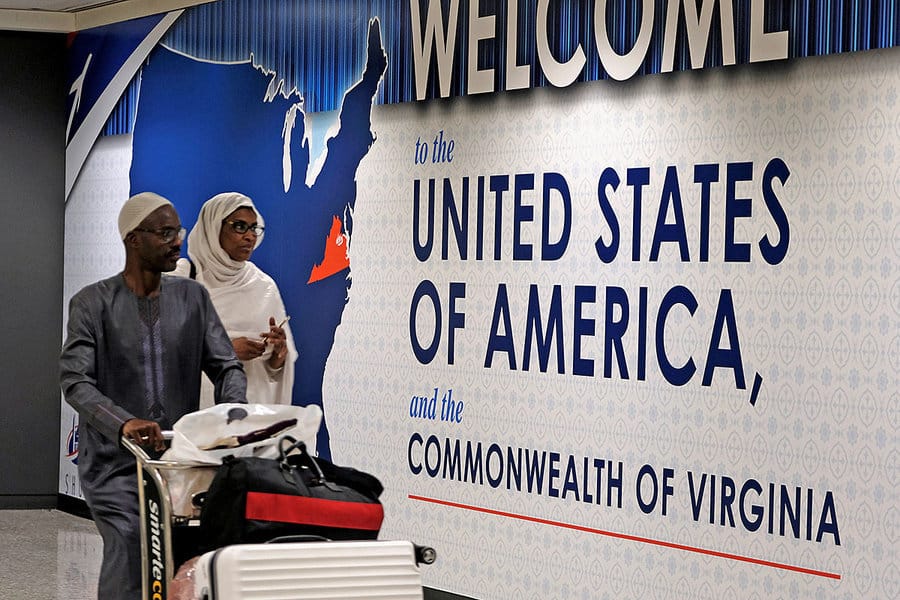 The Supreme Court on Monday allowed the third version of the Trump administration’s travel ban to go into effect. The ruling will enable full enforcement travel ban to the United States by residents of six mostly Muslim countries.

The court’s brief unsigned orders urged appeals courts to move swiftly to determine whether the latest ban was lawful. Justices Ruth Bader Ginsburg and Sonia Sotomayor said they would have denied the administration’s request to allow the newest ban to go into effect.

The court’s orders state the administration can fully enforce its new restrictions on travel from eight nations, six of them predominantly Muslim. For now, most citizens of Iran, Libya, Syria, Yemen, Somalia, Chad and North Korea will be barred from entering the United States, along with some groups of people from Venezuela.

Iran, for example, will still be able to send its citizens on student exchanges, though such visitors will be subject to enhanced screening. Somalis will no longer be allowed to emigrate to the United States but may visit with extra screening.

The restrictions vary in their details, but in most cases, citizens of these countries will be unable to emigrate to the United States permanently, and many will be barred from working, studying or vacationing here.

Opponents of this and previous versions of the ban say they show a bias against Muslims, claiming it was reinforced most recently by Trump’s retweets of anti-Muslim videos.

“President Trump’s anti-Muslim prejudice is no secret. He has repeatedly confirmed it, including just last week on Twitter. It’s unfortunate that the full ban can move forward for now, but this order does not address the merits of our claims,” said Omar Jadwat, director of the American Civil Liberties Union’s Immigrants’ Rights Project. The ACLU is representing some opponents of the ban. 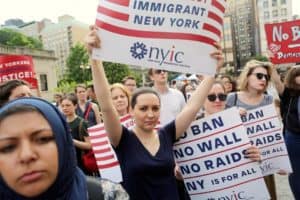 The new policy is not expected to cause the chaos that ensued at airports when Trump rolled out his first ban without warning in January.

The justices did not explain their order, but the administration had said that blocking the full ban was causing “irreparable harm” because the policy is based on legitimate national security and foreign policy concerns.

In lawsuits filed in Hawaii and Maryland, federal courts said the updated travel ban violated federal immigration law. The travel policy also applies to travelers from North Korea and some Venezuelan government officials and their families, but the lawsuits did not challenge those restrictions. Likewise unaffected are refugees. A temporary ban on refugees expired in October.

Both appeals courts are dealing with the issue on an accelerated basis, and the Supreme Court noted it expects those courts to reach decisions “with appropriate dispatch.”

Quick resolution by appellate courts would allow the Supreme Court to hear and decide the issue this term, by the end of June.

Attorney General Jeff Sessions called the order “a substantial victory for the safety and security of the American people.” A spokesman for the White House, Hogan Gidley, said, “We are not surprised by today’s Supreme Court decision,” calling it “lawful and essential to protecting our homeland.”

The American Civil Liberties Union, which represents people and groups challenging the ban, said it would continue to argue against the ban as challenges against it in lower appeals courts proceed.

“President Trump’s anti-Muslim prejudice is no secret — he has repeatedly confirmed it, including just last week on Twitter,” said Omar Jadwat, director of the A.C.L.U.’s Immigrants’ Rights Project. “It’s unfortunate that the full ban can move forward for now, but this order does not address the merits of our claims.”

In October, federal judges in Maryland and Hawaii blocked significant parts of the latest ban while legal challenges proceed.

“A nationality-based travel ban against eight nations consisting of over 150 million people is unprecedented,” wrote Judge Theodore D. Chuang of the Federal District Court in Maryland. Citing statements from Mr. Trump, some made as a presidential candidate, and some more recent, Judge Chuang found that the new proclamation was tainted by religious animus and most likely violated the Constitution’s prohibition of government establishment of religion.

Similarly, Judge Derrick K. Watson of the Federal District Court in Honolulu found that the September proclamation “suffers from precisely the same maladies as its predecessor,” adding that it “plainly discriminates based on nationality” in violation of federal law “and the founding principles of this nation.”

The administration has appealed both decisions to federal appeals courts in Seattle and Richmond, Va. Arguments in those appeals are scheduled for this week.

Judge Chuang limited his injunction to exclude people without “a credible claim of a bona fide relationship with a person or entity in the United States,” quoting from a Supreme Court order issued in June concerning the second travel ban. Judge Watson did not impose such a limitation, but an appeals court modified his injunction, also quoting the Supreme Court’s language.
Lawyers for Hawaii, which is challenging the ban, told the justices that there was no reason to make changes now.

“Less than six months ago, this court considered and rejected a stay request indistinguishable from the one the government now presses,” they wrote. “But the justification for that dramatic relief has only weakened. In place of a temporary ban on entry, the president has imposed an indefinite one, deepening and prolonging the harms a stay would inflict.”

Mr. Francisco asked the justices to allow every part of the third ban to go into effect. The second version of the travel ban, he wrote, “involved temporary procedures before the review was conducted and in the absence of a presidential determination concerning the adequacy of foreign governments’ information-sharing and identity-management practices.”

“Now that the review has been completed and identified ongoing deficiencies in the information needed to assess nationals of particular countries,” he wrote, “additional restrictions are needed.”