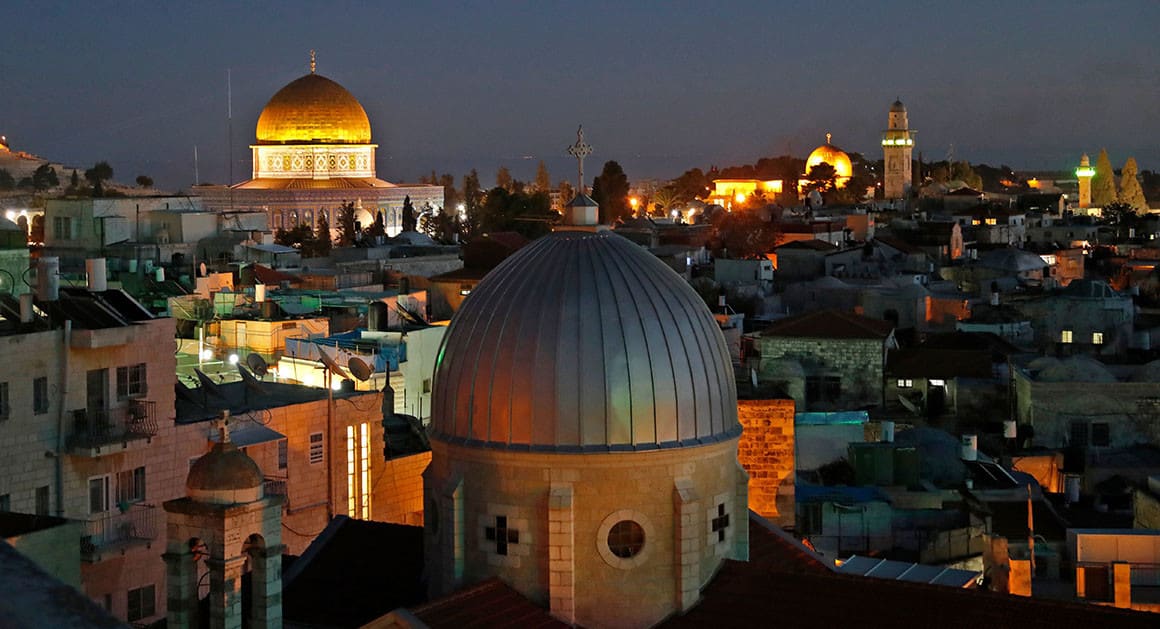 The City Of Jerusalem GettyImages

Defying dire, worldwide warnings, Trump insisted that after repeated peace failures it was past time for a new approach, starting with what he said was his decision merely based on reality to recognize Jerusalem as the seat of Israel’s government. He also said the United States would move its embassy from Tel Aviv to Jerusalem, though he set no timetable.

Harsh objections came from a wide array of presidents and prime ministers. From the Middle East to Europe and beyond, leaders cautioned Trump that any sudden change on an issue as sensitive as Jerusalem not only risks blowing up the new Arab-Israeli peace initiative led by Trump’s son-in-law, Jared Kushner but could lead to fresh violence in the region.

Israel is the sole speakers in their praise of Trump, suggesting they would follow his lead.

Trump’s declaration of Jerusalem as Israeli’s capital is a powerfully symbolic statement about a city that houses many of the world’s holiest sites. Trump cited several: the Western Wall that surrounded the Jews’ ancient Temple, the Stations of the Cross that depict Jesus along with his crucifixion path, the al-Aqsa Mosque where Muslims say their Prophet Muhammad ascended to heaven.

And there are significant ramifications over who should control the territory. The United States has never endorsed the Jewish state’s claim of sovereignty over any part of Jerusalem and has seen the city’s future as indelibly linked to the “deal of the century” between Israel and the Palestinians – one Trump believes he can reach. Beyond Kushner, Trump has dispatched other top emissaries to the region in recent months in hopes of advancing new negotiations.

Trump said he wasn’t delivering any verdict about where an Israeli-Palestinian border should lie. Instead, he described his Jerusalem declaration as recognizing the reality that most of Israel’s government already operates from the city, and he suggested the U.S. ally should be rewarded for creating a thriving democracy where “people of all faiths are free to live and worship.”

“Today we finally acknowledge the obvious,” he said, emphasizing that he wouldn’t follow past presidents who tiptoed around Jerusalem out of diplomatic caution.

U.S. embassies and consulates around the world were put on high alert. Across the Middle East and Europe, they issued warnings to Americans to watch out for violent protests. In Jordan, home to a large Palestinian population, the U.S. said it would close its embassy to the public on Thursday and urged children of diplomats there to stay home from school.

For the first time, Trump did appear to endorse the concept of an independent Palestine existing alongside Israel. Even that idea seemed to be conditional, as he said he’d promote the “two-state solution” if both sides agreed. Netanyahu’s government is dominated by hardliners who oppose Palestinian independence.

Trump did not refer to signing a waiver that officially delays any move of the U.S. Embassy from Tel Aviv to Jerusalem, but the White House confirmed he signed the waiver Wednesday. It means there will be no embassy move for at least another six months. Establishing a Jerusalem embassy was a significant campaign promise of Trump’s and one that officials said he focused on in discussions with top advisers in recent weeks.

On Wednesday he focused on his directive to the State Department to begin a process of moving the embassy as required by U.S. law, however many years that might take. After his speech, he signed a proclamation to that effect. In Germany, Secretary of State Rex Tillerson said work would begin immediately to identify a site.

In making his decision, Trump overruled more cautious counsel from Tillerson and Defense Secretary James Mattis, who voiced concern about endangering U.S. diplomats and troops in Muslim countries, according to officials briefed on internal administration deliberations. Those officials were not authorized to discuss the matter publicly and spoke on condition of anonymity.

“There will, of course, be disagreement and dissent regarding this announcement — but we are confident that ultimately, as we work through these disagreements, we will arrive at a place of greater understanding and cooperation,” Trump said. He said he intends “to do everything in my power to help forge” a peace agreement.