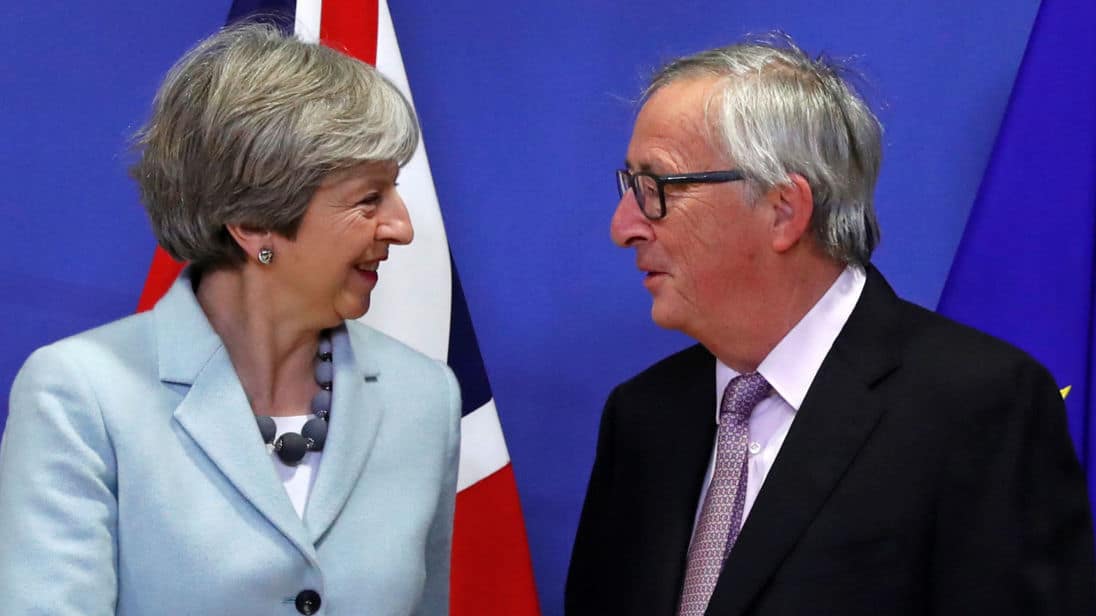 Britain and the European Union struck a divorce deal on Friday, paving the way for arduous trade discussions. The move will ease the immediate pressure on Prime Minister Theresa May, boosting hopes of an orderly Brexit.

May scurried to Brussels before dawn to seal European Commission agreement that “sufficient progress” had been made to begin talks about trade and a two-year Bexit transition period that will start when Britain leaves the EU on March 29, 2019.

Negotiators in London, Brussels, and Dublin worked through the night before breaking an impasse over the status of the Irish border, the last major obstacle to the opening of trade talks which EU leaders are due to bless at a summit on Dec. 15.

Actual negotiations on a trade pact that may take several years to agree may not start for some months. But EU officials said they should be ready to start rapid talks in January to give May the transition period she wants to reassure business that not much will change for a couple of years after Brexit.

“The most difficult challenge is still ahead,” European Council President Donald Tusk cautioned.

May spoke after Commission President Jean-Claude Juncker announced the breakthrough, first in English and then in German and French.

The move to agree on trade talks 18 months after the United Kingdom’s shock vote to exit the EU allayed some fears of a disorderly Brexit that could disrupt trade between the world’s most significant trading bloc and its sixth-largest national economy.

Draft guidelines showed the transition period, which would start on March 30, 2019, could last as long as two years — May has requested. During that time, Britain will remain part of the EU’s customs union and single market but no longer take part in EU institutions or have a vote.
It will also still be subject to EU law.

Pro-Brexit Conservative lawmakers rallied around her after the deal. This looked like a signal that the party, which has been split over EU membership for generations, was not preparing to ditch her immediately despite the election fiasco in June that left her government dependent on the support of Northern Ireland’s Democratic Unionist Party (DUP).

British Foreign Secretary Boris Johnson, who spearheaded the 2016 Brexit campaign, congratulated May, adding that Britain would now take back control of its laws, money, and borders.
The EU had insisted it would only move on to trade talks if there was enough progress on three critical issues: the money Britain must pay to the EU; rights for EU citizens in Britain and British citizens in the EU; and how to avoid a solid border with Ireland.

“I believe we have now made the breakthrough we needed,” Juncker said.
On citizens rights, London and Brussels agreed to offer equal treatment on social security, healthcare, employment and education and that Britain will enable its judges to ask the European Court of Justice to weigh in when necessary for eight years after Brexit, aiming to create a common body of law.

The most crucial breakthrough was on the future of the 310-mile (500-km) UK-EU land border on the island of Ireland. The Northern Irish DUP had vetoed a draft deal on Monday.

May stayed up most of the night into Friday, grabbing just a couple of hours sleep, as she worked the phones from Downing Street to secure agreement from Dublin, Brussels and the DUP.

They agreed to avoid a hard border which might upset the peace established after decades of Protestant-Catholic violence but said the details would be decided as part of talks about the future relationship, according to a 15-page negotiators report.