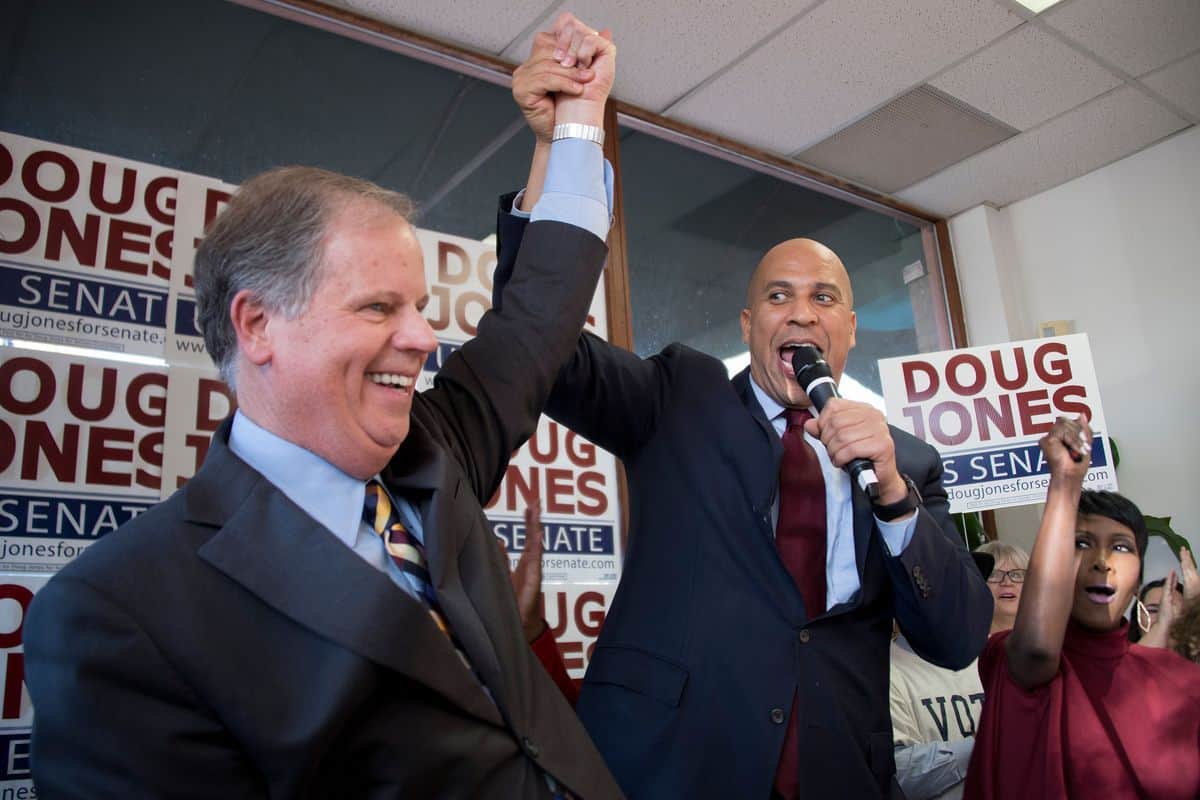 In one of the most high profile contests since the 2016 Presidential election, voters in Alabama went to the polls on Tuesday in a special election to fill Attorney General Jeff Sessions’ former Senate seat. The race between Republican Roy Moore and Democrat Doug Jones dominated headlines in the weeks leading up to the election after a Washington Post report revealed detailed allegations accusing Roy Moore of sexually assaulting minors. At 10:23 pm on Tuesday the Associated Press projected that Jones had won the election.

The polls leading up to election day suggested a close race, making it a high stakes contest given the slim Republican majority in the Senate. Republicans are typically favored to win statewide elections in Alabama, but Moore’s primary win against incumbent Sen. Luther Strange and his alleged history of sexual assaults involving teenagers made the race competitive.

Moore is a former Chief Justice of the Alabama Supreme Court who was removed from office in 2003 for refusing to comply with a federal court order. After being elected Chief Justice again in 2013, Moore was subsequently suspended from the Court in 2016 when he directed probate judges to enforce the state’s ban on same-sex marriage, which had been found to be unconstitutional.

Even before the allegations of sexual assault surfaced, Moore was a controversial figure. He is known for his far-right views on the role of women, LGBT rights, Islam, immigration, abortion, civil rights, and separation of church and state. In past statements, he’s suggested that Muslims should not be able to hold public office in the United States, that homosexuality should be illegal, and that the United States was better before the abolition of slavery.

During the campaign, multiple women accused Moore of sexual assault and other inappropriate sexual behavior. The Post reported the first public allegation on November 9 and detailed Leigh Corfman’s claim that in 1979, when she was 14, Moore initiated sexual contact with her. Two other women, Beverly Young Nelson and Tina Johnson, accused Moore of sexual assault, and six others alleged that he either made sexual or other inappropriate advances while they were teenagers. Moore and his campaign denied the allegations.

President Donald Trump, the Republican National Committee, and most national and state Republican officials supported Moore even after the sexual assault allegations were reported.

Jones’ narrow victory was driven by support in the areas around Birmingham, Montgomery, Huntsville, Tuscaloosa, and Mobile, in addition to counties with a majority African American population. His election to the Senate narrows a Republican majority that has thus far been unable to pass any significant legislation.