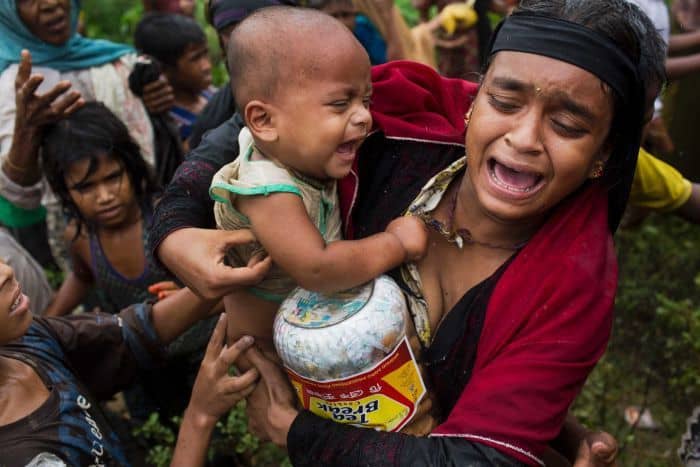 Detained on Dec. 12, two Reuters journalists appeared in court and remain in custody a police spokesperson said on Thursday.

“The journalists are not allowed to meet with anyone because they are under investigation, and the case is under the Burma State Secrets Act,” said, Police Colonel Myo the Soe.

Censorship in Myanmar; a result of government policies, controls and regulates specific information, particularly on religious, ethnic, political, and moral grounds. In Myma, Freedom of speech and the press are not guaranteed by law. Until 2012, every publication including newspapers articles, cartoons, and advertisements requite pre-approval by the Press Scrutiny and Registration Division (PSRB) of the Ministry of Information.

The signaled significant relaxations of the country’s censorship policies, and in August 2012 the Ministry of Information lifted the requirement that print media organizations submit materials to the government before publication.

Wa Lone and Kyaw Soe Oo, both reporters, have been in detention for nine days with no detail on where they are being held. Additionally, they have not had access to visitors or lawyers.

Working on coverage of a crisis; the two journalists had worked on the crisis in the western state of Rakhine, where an estimated 655,000 Rohingya Muslims have fled from the military crackdown on militants.

Citing “illegally acquired information with the intention to share it with foreign media,” a  spokesman for Myanmar leader Aung San Suu Kyi said on Wednesday the police had almost completed their research.

The spokesman he was told by the Ministry of Home Affairs and police that the two men were being detained in Yangon, Myanmar’s largest city, was “in good condition” and had not been subject to “illegal questioning.”Some governments and human rights and journalist groups have criticized Myanmar’s authorities for holding the pair incommunicado since their arrest, with no access to a lawyer, colleagues and family members.

“During the investigation by the police force, we are not torturing them nor doing anything that is not in line with human rights,” said police spokesman, Myo Thu Soe.

Meanwhile, the Associated Press reconstructed a massacre at Maung Nu as told by 37 survivors now littered across refugee camps in Bangladesh. Their testimony; including exclusive video footage from the massacre site obtained by AP offer evidence was also documented by the United Nations and others, that Myanmar armed forces have systematically killed civilians.

Myanmar’s military did not respond to repeated requests for comment on this story, and the government — which prohibits journalists from independent travel to northern Rakhine State — did not reply to an AP request for a visit. The army has insisted in the past that not a single innocent has been slain.

After insurgents launched attacks a year ago, the government has imposed strict new measures aimed at subsiding militant activity. Islamic schools were closed, a curfew was put in place, and authorities ordered the removal of fences — even shrubbery, so security forces could see inside private compounds.

A few hours after midnight on Aug. 25, fierce gunfire woke the residents of Maung Nu. Rohingya militants had launched a surprise assault on a Border Guard Police post in Hpaung Taw Pyin, less than a kilometer (a mile) to the north. According to the government, the fighting lasted until dawn, leaving two officers and at least six of the assailants died.

On Aug. 27, bursts of gunfire echoed across Maung Nu again. This time only the army was shooting.

Reporting from the Associated Press indicates several military trucks parked on the village’s main road around 9 a.m. and began disgorging troops who moved about on foot, firing into the air. Peering out a window of her home, 35-year-old Jamila Begum spotted several armed soldiers crossing her yard carrying coils of nylon rope while other residents were being rounded up by force and ordered to head to a compound.

As troops ripped clothes off the women and seized their valuables, the three brothers were stripped and tied up. The soldiers marched them a compound naked, at gunpoint.

Senior women and mothers were ordered to their knees. Some attempted to push back when troops ripped off their headscarves and tore at their clothes. The soldiers first demanded their cell phones, then grabbed at exposed breasts as they snatched gold earrings, necklaces and wads of cash.

Approximately 20 or 25 of the women — mostly attractive and young — were taken away. They were never seen again. The rest of the women were eventually driven, along with their children, into a pair of houses.

Reporting indicates the soldiers bound the men’s hands behind their backs and ordered them into the dirt courtyard in front of the house, where they were forced face down onto the stifling ground. Most were blindfolded with masking tape or veils took from the women. A handful who tried to resist were thrown off the balcony head-first.

Troops started to walk across the sea of people, grinding boots into their heads and beating them with rifle butts. Some of the soldiers cursed their prisoners, calling them dirty “Kalar,” a derogatory word for Muslims that is frequently used in Myanmar.

Several soldiers hammered four-inch nails into the temples of three men on the ground with the butts of their rifles. Four other men were decapitated, including a prominent gray-bearded mullah. Men and teenage boys were taken away in small groups and killed by firing squads near a forested area on the edge of the property. In some cases, a soldier blew a whistle beforehand, signaling for them to begin.

Other troops wrapped corpses in orange and green tarps and transported them downhill in three-wheeled push-carts to a pair of army trucks parked on the road. Several witnesses reported seeing soldiers digging pits and dumping bodies into them.

There is no way to confirm the death toll in Maung Nu independently. But one handwritten tally seen by The AP details the names, ages, and professions of 82 people, most of the men and boys from Maung Nu and Hpaung Taw Pyin, who family members say was killed; they are farmers, students, carpenters, people in business, and teachers. The youngest is seven years old; the oldest, 95.

According to Arof, the village administrator, at least 200 more remain missing and are feared dead.

Many survivors struggle to understand why so many of their neighbors were slaughtered; Arof said the army falsely believed they were supporting the insurgency, but something much more profound had driven the killing. The massacres reported since August has stood out for their high casualty toll, their ferocity, and the methodical way in which they were carried out.

“You have to understand … they hate us,” Arof said. “This didn’t only happen in our village; it happened everywhere.”