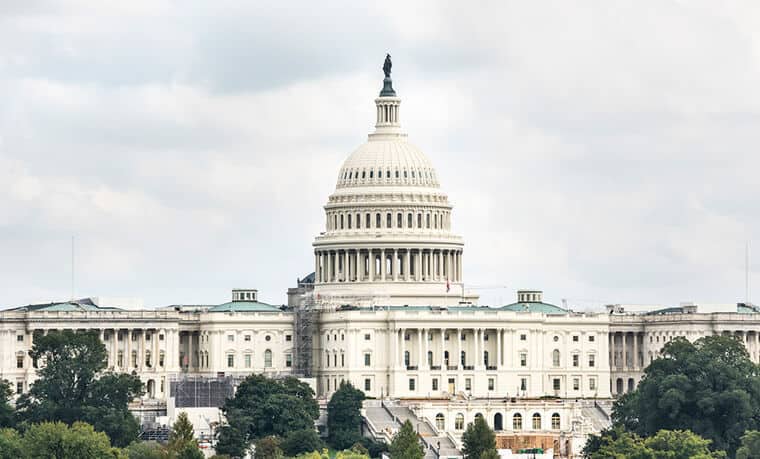 After a brief government shutdown starting at midnight, the bill received the necessary votes by both the House and Senate around 5:30 am. Senator Rand Paul (R-Kentucky) repeatedly took to the Senate floor Thursday night to protest the approximate $320 billion increase in the federal deficit. The bill was expected to be signed before midnight with bipartisan support before Senator Paul Ryan protest. Because the shutdown was unanticipated with uncertainty remaining up until the midnight deadline, government employees were only told Thursday night to prepare for a shutdown on Friday.

Senator Paul earned the ire of his colleagues who were eager to pass the vote before the midnight deadline. Paul insisted the increase in the deficit would lead to future problems, he objected to the increase in military spending and predicted the stock market might crash. “I want them [senators] to have to answer people at home who said, ‘How come you were against President Obama’s deficits and then how come you’re for Republican deficits?’” he said to his colleagues on the Senate floor.

On Twitter, Senator Lindsey Graham responded. It appears ‘General’ @RandPaul is at it again. He just called for the immediate withdrawal of all forces from Afghanistan as a way to give the US military a pay raise. Fortunately, only ‘General’ Paul – and the Taliban – think that’s a good idea.”

It appears ‘General’ @RandPaul is at it again. He just called for the immediate withdrawal of all forces from Afghanistan as a way to give the US military a pay raise.

Fortunately, only ‘General’ Paul – and the Taliban – think that’s a good idea.

Contention remained up until the final vote as Senate Democrats, under the direction of Minority Leader Nancy Pelosi (D-California), urged her colleagues to hold their vote so Republicans would be forced to vote first. “We have a moment. They don’t have the votes. All of us should use our leverage,” she said before the vote passed.

On Wednesday, Representative Pelosi spoke on the house floor for more than eight hours, saying she would vote against the bill unless Speaker Paul Ryan publicly committed to a bill to help Dreamers, undocumented immigrants brought to the United States as children. Her reading Dreamers stories on the house floor surpassed the previous record of continuous speaking set in 1909 by three hours and started trending as “DACABuster” on Twitter.

The Dreamers have been unsure of their future after President Trump announced in September that he would end DACA in March 2018, the bill passed by President Obama to temporarily allow Dreamers to work and study in the United States and eventually earn citizenship. Though President Trump allotted six months for new legislation to protect Dreamers, a bill has yet to be passed.

The last shutdown was last month as Democrats refused to sign a bill that did not include provisions for the undocumented immigrants. They also protested other changes in immigration that may result from President Trump’s promise to build a will on the Mexican border. Democrats finally conceded after Senate Leader Mitch McConnell (R-Kentucky) promised a negotiation about immigration after the bill passed.

“Anyone who votes for the Senate budget deal is colluding with this president and this administration to deport Dreamers,” said Representative Luis V. Gutiérrez (D-Illinois) last month when Democrats ended up conceding to Republicans by passing a bill that did not include an immigration bill to end the government shutdown.

Both parties protested the bill Thursday as Republicans also objected to the increase in spending. The final vote reflected this in-fighting as the votes came in, as 119 House Democrats voted against the bill and 67 Republicans voted no. In the end, Democrats agreed the bill contained measures that will help the country, and further iterations of the bill would not offer such a good deal for their supporters.

The fighting between parties threatened to overshadow what exactly is in the bill. It increases domestic spending by $131 billion and defense spending by $165 billion. The bill raises spending caps set by President Obama in 2011, seen at the time as a victory by Republicans to curb spending. According to Senator Chuck Schumer (D-New York), the 600- page bill includes “$20 billion for infrastructure, $6 billion for the opioid crisis and mental health, $5.8 billion for child care and $4 billion for veterans hospitals and clinics. Also, the deal includes almost $90 billion in disaster relief in response to last year’s hurricanes and wildfires.”

The bill ignores President Trump’s promises to offset the increased military spending with cuts in domestic spending. However, it is a victory for his promised stronger military. In recent days, he suggested a military parade to celebrate.

Both houses have officially passed the bill, and president Trump signed the bill early Friday morning. The US government will be open for another two years.