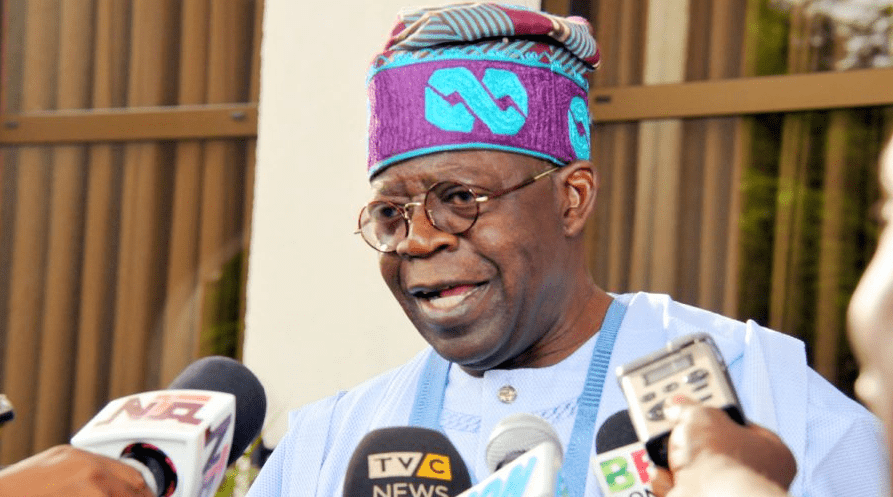 A national leader of the All Progressives Congress, Bola Tinubu, has said the party has been enmeshed in different unfortunate political activities that saw PDP out of office in 2015.

Tinubu, currently is not comfortable with various political activities of the party’s stalwarts across the nation, especially with different quagmire at various state levels.

The political bigwig, who was appointed recently by President Muhammadu Buhari to reconcile aggrieved members of the party nationally, also accused the national chairman of the party, Mr. John Oyegun, of sabotaging his peace movement to end crises in the party.

In a long drafted statement made available to our correspondent, the party chairman was accused of various activities that are capable of crippling the party ahead of the coming general election in 2019.

According to Tinubu, the party’s initial soul-which meant well for the country- has been replaced by “the bankrupt and clueless ways that brought the PDP low.”

Speaking about his meetings with the members of the party’s National Working Committee recently, he hinted that the member of the doings of the party’s national chairman that are currently hindering the assignment was given to him by Buhari.

“You (Odigie-Oyegun) promised unalloyed support for my mission. Consonant with that vow, you said you would provide all information at your disposal and you vowed to act as the liaison between me and the state party chapters. Unfortunately, the spirit of understanding and of cooperative undertaking to revive the party seems not to have lived beyond the temporal confines of that meeting. I assure anyone who cares to know that this positive spirit of cooperation did not meet its demise at my hands”, Tinubu said.

Tinubu further said he was disappointed with several moves of the party’s national chairman which have led to a division of the party in some states.

He maintained that “Instead of being a bulwark of support as promised, you positioned yourself in active opposition to the goal of resuscitating the progressive and democratic nature of the APC. As a party, we have strived to be the best, present hope for the nation. Yet, your goal appears to be something of a lesser pedigree. In our discussion, you personally mentioned Kogi, Kaduna, Kano and Adamawa states as places afflicted by serious party issues. Given your assessment, these are states where I believe cooperation between you and I should have been intense and detailed. Instead, you have taken it as your personal mission to thwart my presidential assignment in these key states.”

Then he added, “In Kogi, you rushed to the state to unilaterally inaugurate new state chapter officials parallel to the officials already heading the state chapter of the party. While this may place you in significant affinity with those parallel officials you handpicked, this machination suggests no improvement in the welfare of the party in Kogi or at the national level. This usurpation of authority exacerbates conflict and confusion; it does not resolve them. It is my understanding that your dissolution of the duly constituted state executives and the hurried naming of the above-mentioned caretaker group were not approved by the NWC. This arrogation of power sets you at variance with the members of the NWC as evidenced by the National Publicity Secretary, Mallam Bolaji Abdullahi’s, statement condemning your improper and unusual action.”

Tinubu also said Oyegun has created the second problem for the leadership of the party at the states levels, adding that he deliberately undermined him.

“By creating a parallel body, you not only acted improperly, you grew a second problem from the stem where previously there had sprouted but one. Drawing from your behavior in Kogi, Kaduna and with regard to the state chapter assessment requested, I am led to the inference that you have no intention of actually supporting my assignment. Instead, you apparently seek to undermine my mandate by engaging in dilatory tactics for the most part. When forced to act, you do so in an arbitrary and capricious manner, without the counsel of other NWC members and without regard to our internal procedures,” Tinubu maintained.

He also averred that; “since the (2015) elections, there have been allegations of self-induced crisis resulting from merchandising of internal processes. We all must agree that the party was bound to suffer growing pains but not to the extent of losing part of the substantial goodwill that brought us to power.”

However, he lamented that the party, if not quickly saved from the jeopardy erosion, may not see beyond the current time.

“I believe it was from this sober concern that President Muhammadu Buhari recently appointed me to lead the consultation, reconciliation and confidence-building efforts in our party.”

Meanwhile, the national chairman of the party, when contacted, declined to respond to Tinubu’s letter. Stating, “I have no comment for now. When the time comes you will hear from me”.

But in a release later today, Oyegun replied, assuring him of his total support.

“Let me once again formally congratulate you on the peacemaking assignment Mr. President has entrusted you with. It is most challenging but I believe you will ultimately justify the confidence reposed in you by Mr. President. In this, you have my fullest support.”

The Kogi state governor, Mr. Yahaya Bello has said the leadership of Oyegun has triumphed in all areas.

He maintained that he and other colleagues are confident about the leadership of the national chairman despite Tinubu’s claim.

“We the governors and the majority of APC members have confidence ‎in our National Chairman, Chief John Oyegun. He has made us proud in all areas”, Yahaya said.