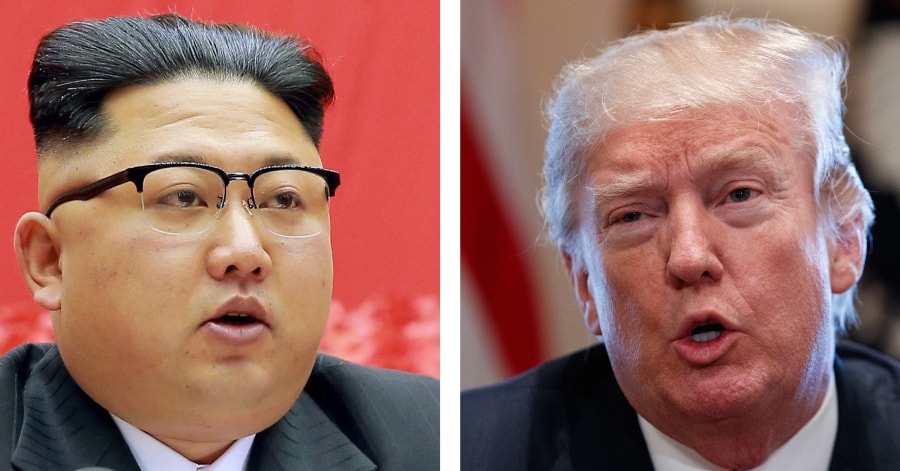 After months of exchanging insults and threats, the leaders of North Korea and the United States are planning to meet face to face for talks on ending North Korea’s nuclear program.

Kim Jong Un extended the invitation, sending a formal message by way of a South Korean delegation. President Trump reportedly accepted the invitation and said he would meet with Kim by the end of May.

If the meeting happens, it would be the first time that any US president met with any North Korean leader. The two countries don’t have diplomatic relations and are extremely hostile to each other. The announcement came as a shock to many, especially after months of escalating tensions and bad blood between the two leaders.

The US has slapped one sanction after another on North Korea and has threatened to use military force against North Korea after the hermit kingdom launched missiles over northern Japan and tested a powerful hydrogen bomb.

North Korea has reminded the world that its missiles can reach anywhere in the continental United States; President Trump has warned that if North Korea took any action against the United States, “they will be met with fire and fury the likes of which no country has seen.”

Chung said that he met with Kim Jong Un in Pyongyang and that Kim “expressed his eagerness to meet President Trump as soon as possible.” Chung added that “President Trump appreciated the briefing and said he would meet Kim Jong-un in May to achieve permanent denuclearization.

Chung, smiling broadly into the camera, said that North Korea had promised to “refrain from any further nuclear or missile test.” He said Kim understood that the US and South Korea would, for their part, continue to hold joint military exercises on the Korean peninsula.

Trump himself did not formally announce that he would meet Kim Jong Un. But tweeted out an optimistic reaction afterward, saying

Kim Jong Un talked about denuclearization with the South Korean Representatives, not just a freeze. Also, no missile testing by North Korea during this period of time. Great progress being made but sanctions will remain until an agreement is reached. Meeting being planned!

No details about the meeting have been decided yet – it wasn’t clear if it would be held in Washington DC, in Pyongyang, or in another, more neutral, location.