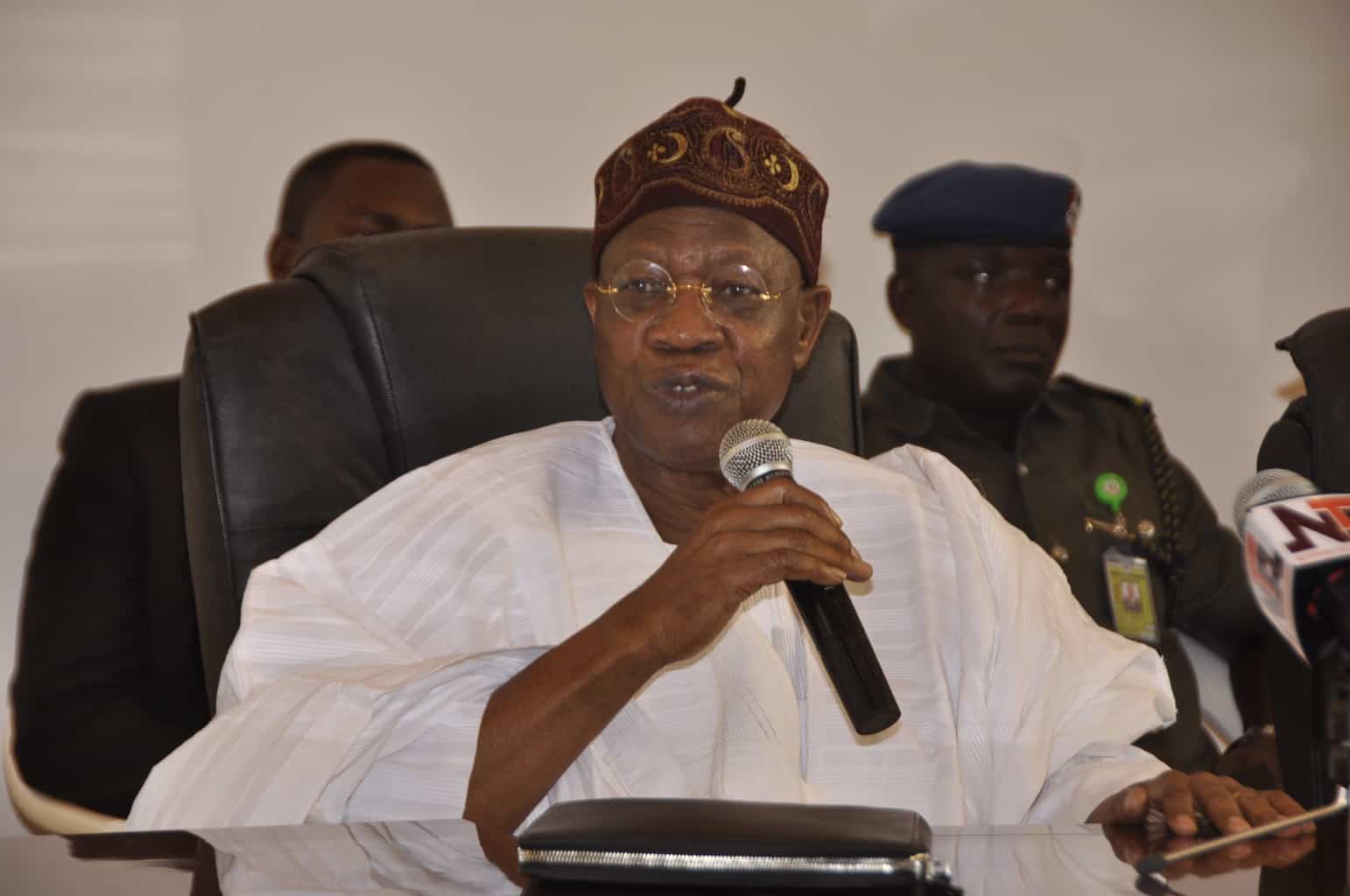 The Federal Government, through its Minister of Information, Alhaji Lai Mohammed, has included the names of some chieftains of the major opposition party, Peoples Democratic Party, among its list of some of those who have allegedly looted the nation’s treasury.

Mohammed released the list, which includes PDP’s chieftains who are currently being tried for corruption and financial crimes, during a press conference in Lagos on Friday as he disclosed that the individuals include officials in the past government.

However, the National Publicity Secretary, PDP, Mr. Kola Ologbondiyan, has responded to the allegation accusing the All Progressives Congress of having the spirit of bitterness and vengeance.

Ologbondiyan said FG’s statement was responsible for what he termed the economic dryness, divisiveness and hostility in the nation under the APC watch.

He also asked the Presidency to direct its demand for refund of stolen funds to the APC, saying those responsible for looting are now in the ruling party.

The PDP spokesman further accused the APC of refusing to let go, even after Nigerians have accepted the opposition’s apology, which was made in the overall interest of national healing, renewal, and reconciliation.

“The Presidency and the APC do not have the spirit of forgiveness; they believe that they must take revenge on everything. This is why they are going about hounding everybody perceived to hold opinions that are contrary to their interest,” he claimed.

Ologbondiyan also accused the government of keeping some of the PDP faithful in detention unlawfully and going after politicians perceived to be interested in the 2019 presidential elections.

He decried that it was strange and shameful that the Presidency and APC were engaging in “media trial” of asking the PDP to refund alleged looted funds, claimed everyone already knew that the said looters are all in the APC.

The PDP spokesman restated the position of his party to the Presidency to name any individual in the repositioned PDP indicted for looting public fund.

He disclosed that the party has a list of prominent individuals who were indicted for looting but have since crossed over to the APC.

Ologbondiyan maintained that the PDP has never been convicted or indicted of corruption while there is no individual in the rebranded PDP who is indicted for looting public funds.

He threatened that the party would not hesitate to go public with the list of indicted individuals in the APC camp who looted their state resources.

On trial for allegedly collecting N1.4bn from the office of former NSA.

On trial for allegedly taking N2.1 billion from the office of the former NSA.

On trial, over N830 million allegedly kept in accounts of four different companies.

On Thursday, a Federal High Court ruled that he has a case to answer for allegedly collecting $40 million from the office of former NSA.

The FG’s move followed the PDP’s directive to Vice President Yemi Osinbajo that he should name the corrupt leaders in its party or stop diminishing his office and person by joining in the bandying of unverified figures and making unsubstantiated allegations of corruption against it.