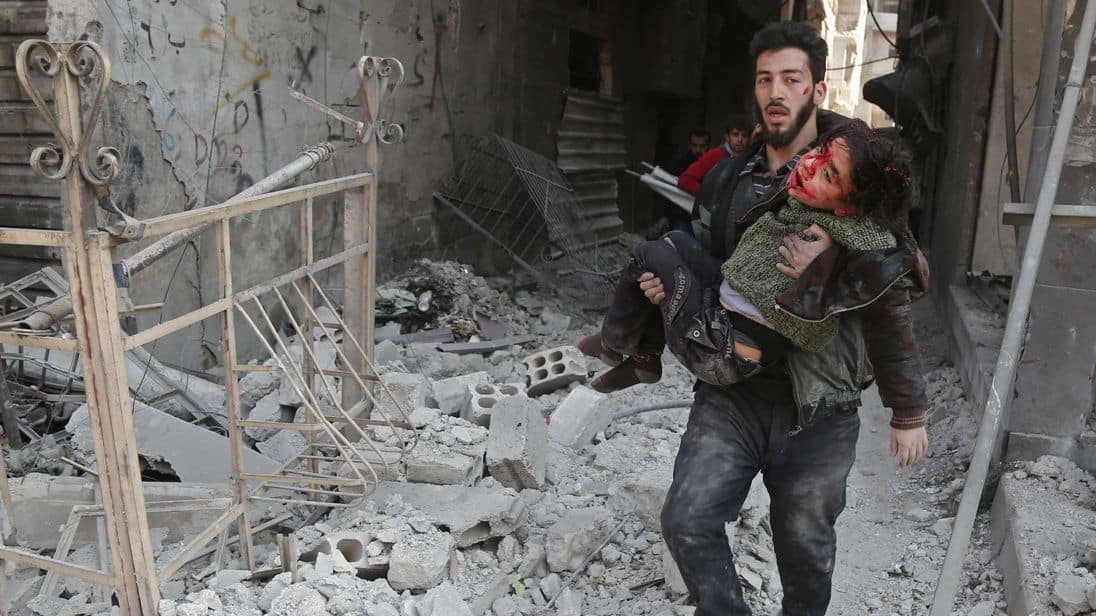 President Trump freezes more than $200 million in recovery funds for Syria and announced that US troops would be leaving the war-torn nation very soon.

Trump did not provide a definitive timetable or plans for the withdrawal but did say, “we’re going to be coming out of there real soon, gonna’ get back to our country, where we belong, where we wanna’ be.”

Earlier in the day, the Pentagon suggested ongoing US military presence in Syria was required to win the war against the Islamic State. Spokesperson Dana W. White told reporters, “Important work remains to guarantee the lasting defeat of these violent extremists. Our commitment to win must outlast the so-called physical caliphate and the warped ideas that guide the calculated cruelty of ISIS.”

Battlefield efforts haven’t been fully realized. White said, “We must not relent on ISIS or permit these terrorists to recover from their battlefield loses,” noting that the group still poses a threat.”

An immediate withdrawal could also create an Iraq-like power vacuum in Syria with unanticipated, yet similar consequences. Questions would also need to be addressed about what to do with foreign ISIS fighters held in the country by US ally, the Syrian Democratic Forces.

Many of those closest to the President were taken off guard by his public statement. Multiple news outlets reported Senior Advisors in the Administration had no advanced knowledge of Trump’s comment.

President Trump, Chief of Staff John Kelly and National Security Advisor H.R. McMaster discussed withdrawing some troops from the region. Trump preferred a speedier withdrawal than his top advisors. None expected him to comment on it publicly.

When asked if she was aware of any policy to pull the US out of Syria State Department Spokesperson Heather Nauet said, “I am not, no.” Asked if the President was speaking off the cuff, she said, “I don’t know. I don’t know what happened.”

Pressed further by reporters, Nauet was asked if the President expected Russia to fill the void after a US withdrawal. She said, “I can only say that as a general matter – and I have not seen the President’s comments myself. I don’t – I don’t know the context in which his comments were said. But I can say that, as a general matter, this administration looks to other countries to help out. Far too often, the United States has been the leading country in efforts, whether they be humanitarian efforts or leading fighting efforts to try to help out a country, save a country, or fight a war. So the United States, under this administration, looks for other parties to do more. But that’s just as a general matter, and I can’t comment beyond that.”

If the US were to withdraw all troops from Syria Russia could be the primary benefactor. Vladimir Putin’s paramilitary contractors would be the most powerful force in the country. Stakeholders taking the fight to Syrian President Bashar al-Assad would be significantly weakened.

Reuters reported that the “Russian backed-Syrian military routed a ferocious offensive that began in February.” This would likely result in a “major victory for President Bashar al-Assad, crushing the last big rebel stronghold near Damascus.”

The situation in Syria remains extremely dangerous, and areas clear of ISIS fighters cannot necessarily be deemed safe. One US service member and one British soldier were killed Thursday in an improvised explosive attack. Two US coalition members were also killed, and five were wounded.

The Wall Street Journal reported on Friday that President Trump froze over $200 million in reconstruction funds for Syria. Trump read a news report that the US had recently committed the dollars to Syrian recover efforts. The President plans to reassess the nation’s role in the conflict.