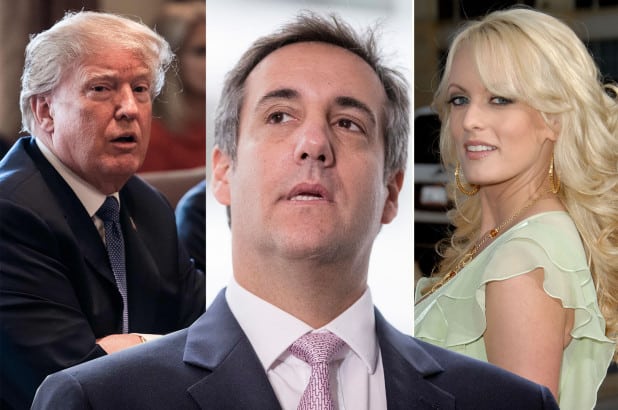 Speaking to reporters, the President praised his longtime attorney calling Cohen a “good man.” Trump blasted Special Counsel Robert Mueller’s investigation calling the raid “an attack on our country and an attack on what we all stand for.” The President reiterated his displeasure with Attorney General Jeff Sessions calling his recusal from the Russia investigation a “terrible mistake.”

Asked why he hasn’t fired Mueller Trump said, “Why don’t I just fire Mueller? I think it’s a disgrace what’s going on. We’ll see what happens. Many people have said you should fire him.”

Robert Mueller did not execute the search warrants on Mr. Cohen. US Department of Justice regulations requires Mueller consult with Deputy Attorney General Rod Rosenstein when new evidence, outside of the purview of the Special Counsel’s original mandate is uncovered. Rosenstein would have made the determination that the evidence is outside the jurisdiction of Mueller. The matter was referred to the U.S. Attorney’s Office for the Southern District of New York.

The raid was court-authorized by a judge. Advance notice to Cohen was not required.

Cohen’s attorney, Stephen Ryan condemned the raid. He said, “These government tactics are also wrong because Mr. Cohen has cooperated completely with all government entities, including providing thousands of non-privileged documents to the Congress and sitting for depositions under oath.”

The President also suggested an unspecified reporter agreed with his position. Trump said, “I saw one of the reporters, who is not necessarily a fan of mine, not necessarily very good to me. He said, in effect, that this is ridiculous.”

Democrats on the Hill were quick to react the raid and the President’s comments.

Senator Richard Blumenthal said, “For the United States Department of Justice to raid a lawyer’s office and his residence is absolutely extraordinary. This kind of search warrant is a profoundly significant development; one of the most important in this entire investigation over the last year and a half.”

Senate Minority Leader Chuck Schumer issued a statement advising Trump not to terminate Mueller. “If the President is thinking of using this raid to fire Special Counsel Mueller or otherwise interfere with the chain of command in the Russia probe, we Democrats have one simple message for him, don’t,” Schumer said.

Trump answered questions about the scandal for the first time last week. He said he had no knowledge of the $130,000 payment made by Michael Cohen to Stormy Daniels and he did not know where Cohen got the money. Trump and the White House continue to deny he had an affair with Daniels.