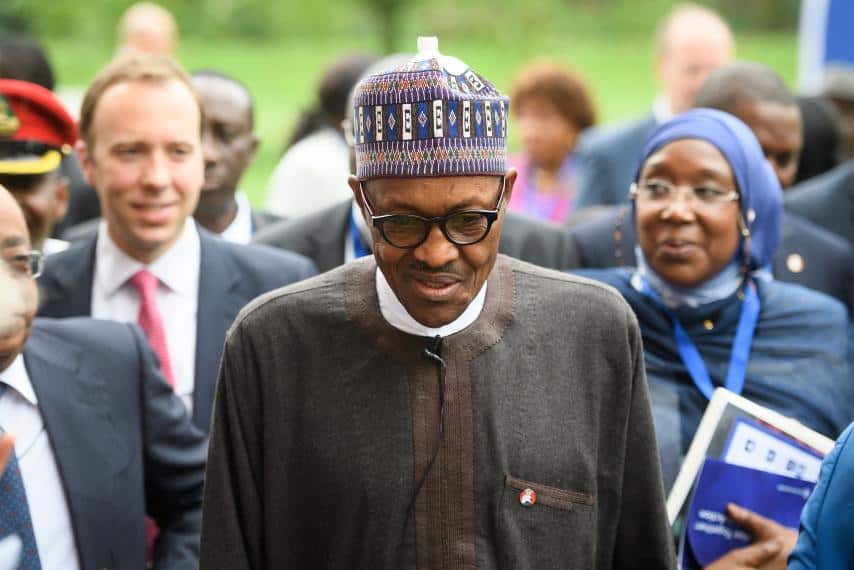 While officially declaring his intention to re-contest the 2019 presidential election during the National Executive Committee, NEC, meeting held in Abuja last week, President Muhammadu Buhari premised his declaration as a response to the yearnings of many Nigerians, demanding he runs for the presidency again. But how accurate is the president’s claim? CARACAL REPORTS embarked on a fact-finding mission to ascertain the veracity of the claim.

President Muhammadu Buhari finally cleared the air over his re-election ambition. Expectedly, the development has since rented the media space and public discussions, leaving the President’s supporters and those against his second-term bid in a tug of war.

The bone of contention, to a large extent, has been the acceptability of the President’s second term bid among Nigerians as claimed by the Presidency. The President, had while announcing his intention to run for another four years said his decision was solely based on the swelling clamor from Nigerians, who he said, want him as their president for another tenure.

“The President said he was responding to the clamor by Nigerians to re-contest in 2019, adding that he wanted to give NEC the honor of notifying them first. Shortly before making the declaration, the President presented a speech on the report submitted by the APC National Executive Technical Committee,” Senior Special Assistant to the President on Media and Publicity, Garba Shehu, had quoted his principal as saying in a statement while reacting to initial specks of dust ignited by the declaration.

While hosting Archbishop of Canterbury, Justin Welby, at the Abuja House, London, on Wednesday; Buhari again revealed why he made the declaration.

He had said: “I declared before leaving home because Nigerians were talking too much about whether I would run or not. So, I felt I should break the ice. We have many things to focus on, like security, agriculture, economy, anti-corruption, and many others.

“We needed to concentrate on them, and politics should not be a distraction. The majority of Nigerians appreciate what we are doing, and that is why I am re-contesting.”

But findings by CARACAL REPORTS showed the above claim by the President might not be entirely accurate, based on reactions on Nigerians to his declaration.

Shortly after his declaration, the President had posted what transpired during the day on his official Facebook page Muhammadu Buhari. “Today at the National Executive Committee (NEC) Meeting of our Party, the All Progressives Congress (APC), I announced my intention to run for a second term of Office in the 2019 Presidential Elections,” the post read.

According to a recent statistic by the Nigeria Population Commission, NPC, there are 198million people in Nigeria, making it the 7th largest country in the world and predicted to become 3rd largest in the world by 2050, overtaking the United States.

Despite Nigeria’s huge population, the President’s Facebook page currently has 712,851 followers and a total of 708,090 likes.

The comments, closely monitored by our correspondent, revealed, many are rattled by the President’s declaration, slamming his alleged inability to fix the country since he rode to power in 2015.

According to Comrade Ugan Ushie, a Facebook user, “By the grace of God/Allah, we shall disgrace you (Buhari) coming next year…… Heartless President, God will judge you on the hardship you caused for Nigerians.”

Also speaking, Mubarak Babatunde Lukman, another Facebook User, who commented said: “In 2015, I supported you wholeheartedly but to evaluate your performance, all your election promises are not fulfilled even Boko Haram hasn’t been defeated.
#GoBackToDaura2019”

In the same vein, Chukwuyenum Sunday, quipped: “I can’t support someone that doesn’t place value on the life and property of his citizen. Someone that is not intelligent and also negligent to duty. He doesn’t even deserve the first chance if there’s anything like that. Nigerians, please let’s face reality for once, thank you.”

For Kenneth Okezie, “Anybody that is asking for the second chance for Buhari, I pray that Fulani killer herdsmen will visit your family and village, say Amen to that.”

Similarly, Sadi Kofarmata noted: “You are going to be disappointed! You will reap what you sow; nobody is going to vote for you. All your election promises are not be fulfilled. Only hunger, poverty, unemployment, kidnapping.”

Sunday Target Peters, who also expressed dissatisfaction with the President’s performance said: “Your report card doesn’t encourage running again, retire and rest…. Give the youths a chance, you have tried your best. Unfortunately, it wasn’t good enough for today’s Nigeria… Please please and please again.”

“This can only happen in Nigeria; whereby a man that has done nothing will want to contest again. You and I know that in a civilized clime, this inept man would have been impeached. What a disgraceful act, calamity will not befall us in 2019. #EndBuhariIn2019,” Akintunde Temitope, who also commented on the President’s post said.

However, further investigation by our correspondent revealed that the President still enjoys support for his second term bid.

Commenting on the President’s post, Hamza Yakubu Hamza, who was excited by the development said: “This is a very nice and welcoming announcement, we voted you in 2015, and we shall vote you again in the forthcoming general election, because all your achievement are real, you brought peace in the North-East (NE) region, you have diversified our economy, you build roads, you created job to our youths through agriculture, you offer free feeding program to our younger ones, you really tried Mr president. Well done.”

In spite of the criticisms trailing the President’s declaration, Lawal Yusuf remains confident that Buhari will emerge the country’s number one citizen again in 2019, based on the experience of 2015.

He said: “Only the stupid do not learn a lesson from their previous stupidity. You said the worst against this man in 2015, but the man won, nevertheless. You never learned?”

Chris Charles Udeh, however, chose to be neutral “Let’s come together and support this man he may not be perfect but let’s pray and support him, castigating each other here will not do us any good, everyone deserves a second chance.”

Comparatively, findings by our correspondent revealed that those against the President’s re-election outweigh those supporting it.

“Based on reactions to the declaration of his intention to seek re-election in 2019, Nigerians seem to be tired of his (Buhari’s) leadership. There is no direction in this government. As a country, we are moving like a car with a failed break, which apparently at the end will crash. Three years are enough to salvage the challenges Nigerians are facing, but nothing is happening,” says Kelechukwu Iruoma, a Nigerian-based journalist in a chat with CARACAL REPORTS.

Also speaking to CARACAL REPORTS is Ifeanyi Mandela, a social critic in the country. Asked if he thinks Nigerians want Buhari re-elected as the president claimed, he observed: “I don’t think so. But Nigeria is a divided country not just regarding ethnic differences but also on those who are in government and those who are not.

“Majority of enlightened Nigerians even those who voted for Buhari in 2015 will not vote for him again come again come 2019. But the main issue is that majority of voters are in the North, and because of division, they would want to re-elect their kinsman to maintain power.

“Secondly, the independence of the electoral umpire is not guaranteed, and this could be used to rig the election and thereafter justify the claim that Nigerians want Buhari re-elected, that is, after 2019 elections.”

Recall that topmost Nigerians such as erstwhile president Olusegun Obasanjo and his counterpart, Ibrahim Babangida had in separate letters warned Buhari against seeking re-election, noting that he has performed below the expectations of Nigerians in his first term in office.

PDP to Buhari: Check reactions of Nigerians to your declaration

Meanwhile, the Peoples Democratic Party, PDP, has tasked Buhari to gauge the feelings of many Nigerians concerning his recent declaration for the second term.

Speaking through its spokesman, Kola Ologbodiyan, the country’s leading opposition party, said it is not enough for the presidency to claim the President was dancing to the tune of the public by announcing his desire for another term in office.

It stated that Buhari should instead carry out empirical research to back up his claim, saying the present administration can no longer deceive Nigerians.

“They should read or check the reactions and inclinations of Nigerians to President Buhari’s declaration to go for the second term. I won’t say more than this,” the party said.