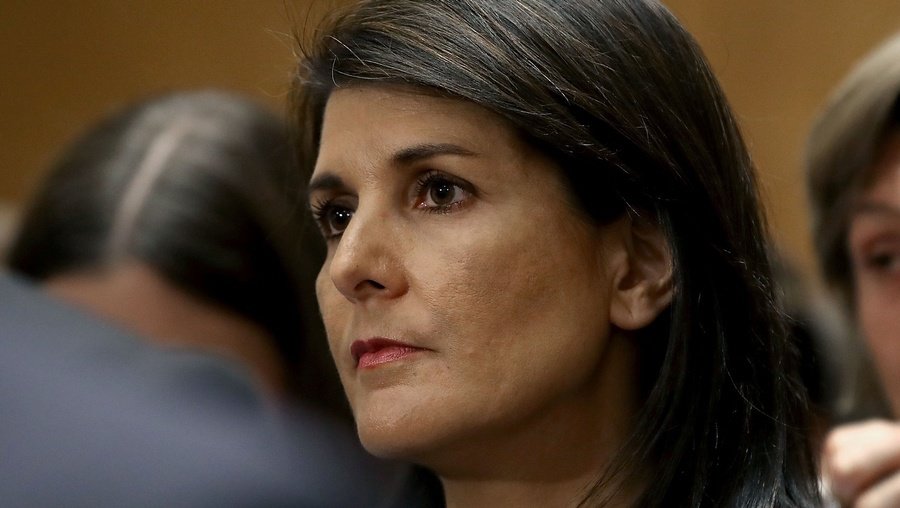 Reuters reported on Monday that “U.S. President Donald Trump has delayed imposing additional sanctions on Russia and is unlikely to approve them unless Moscow carries out a new cyber attack or some other provocation.”

United States Ambassador Nikki Haley said Sunday on Face the Nation that new sanctions against Russia would be announced shortly. “So you will see that Russian sanctions will be coming down. Secretary Mnuchin will be announcing those on Monday if he hasn’t already. And they will go directly to any sort of companies that were dealing with equipment related to Assad and chemical weapons used. And so I think everyone is going to feel it at this point. I think everyone knows that we sent a strong message, and our hope is that they listen to it,” Haley said.

A statement from Treasury Secretary Mnuchin never came on Monday, and White House Press Secretary Sarah Huckabee Sanders said additional sanctions were under consideration and a decision will be made in the near future.

The sanctions may have been pulled back because they weren’t ready for implementation or because Russia didn’t interfere with last week’s, US-led, coalition missile strike on chemical weapons infrastructure in Syria. Politico reported, “an administration official suggested that the Treasury Department didn’t have the sanctions package ready to go. Russia’s muted response to Friday’s strike also gave the administration reason to hold off on the sanctions implementation.”

Other officials suggested Trump may have simply changed his mind.

Trump’s new White House Economic Advisor Larry Kudlow blamed Nikki Haley for the miscommunication on Tuesday saying she “got ahead of the curve” when she announced additional sanctions. “There might have been some momentary confusion about that,” Kudlow said.

Haley fired back on Tuesday evening telling Dana Perino of Fox News, “With all due respect I don’t get confused.”

Kudlow backtracked on his comments and apologized in an interview with the New York Times reporter Julie Davis. “She was certainly not confused. I was wrong to say that, totally wrong,” Kudlow said. “The policy was changed & she wasn’t told about it, so she was in a box.”

The back and forth is indicative of the White House’s internal disagreements over Russia policy. Administration officials appear confused, and it’s unclear if this is the result of miscommunication, a last-minute policy shift or a US President unwilling to take a tougher stance on Russia. The President has made it clear that he prefers less aggressive measures against Russia.