Scores Of Palestinians Killed As US Opens Embassy In Jerusalem 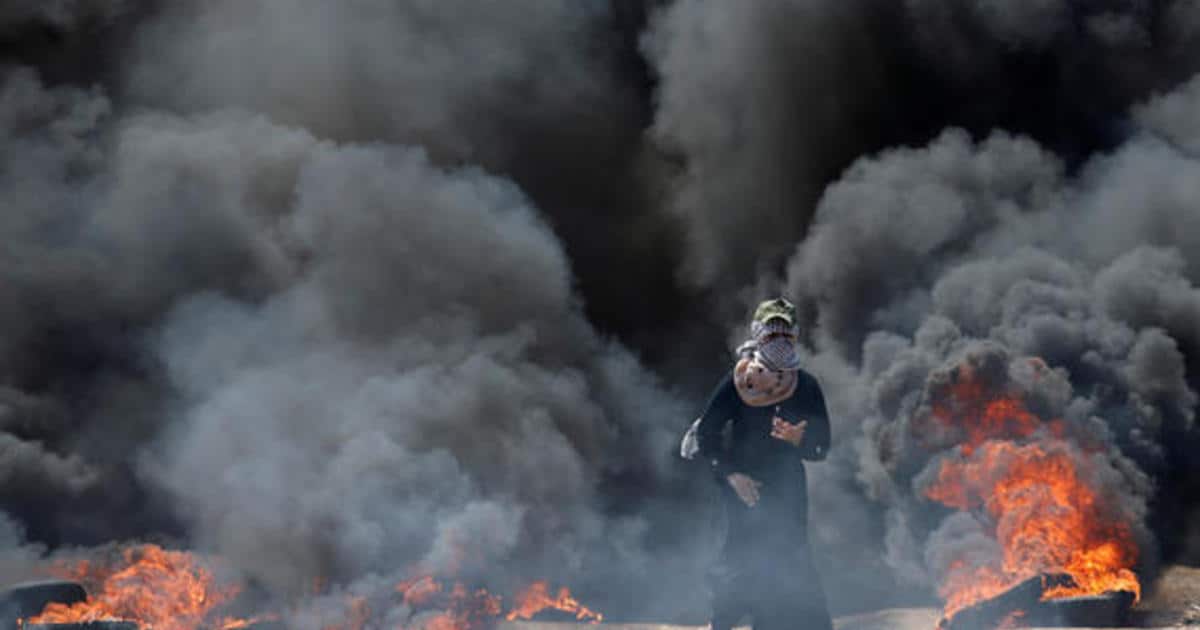 The United States opened its new embassy in Jerusalem today, a long-anticipated move which has caused controversy and violent protests in recent months.

President Trump was not at the opening. But Mr. Trump released a video message which said, in part,

“Today, Jerusalem is the seat of Israel’s government. It is the home of the Israeli legislature and the Israeli supreme court and Israel’s prime minister and president. Israel is a sovereign nation with the right like every other sovereign nation to determine its own capital, yet for many years, we failed to acknowledge the obvious, the plain reality that Israel’s capital is Jerusalem,” Trump said in the pre-recorded remarks. As I said in December, our greatest hope is for peace.” he added.

The president’s daughter, Ivanka, was on hand at the ceremony, along with her husband, Jared Kushner. US Secretary of the Treasury, Steven Mnuchin, formally unveiled the US seal on the building, making it an official US embassy.

The Israeli president, Benjamin Netanyahu, praised the opening of the new embassy, saying,

But meanwhile, as the speeches went on inside, protesters thronging outside the embassy clashed with Israeli police. Security officers arrested at least fourteen protesters. There were large-scale protests in the West Bank against the opening of the new embassy as well.

Palestinians, as well as many others in the Middle East, have been sharply critical of America’s decision to move its embassy to Jerusalem since the move amounts to recognizing Jerusalem as the capital of Israel. Palestinians also claim Jerusalem as their capital, and until today, the US embassy, like all other foreign embassies, was located in Tel Aviv.

Arab states, as well as leaders of European countries, have warned that America’s embassy switch will create a significant roadblock to peace negotiations between Israel and Palestine. They say it also destroy’s America’s credibility as a neutral party to the Israel-Palestine talks.

Meanwhile, in Gaza, billows of smoke filled the air as Palestinians burned tires to mark their protest against the new embassy, as well as against the Israeli government’s broader treatment of Gaza. Tens of thousands of Palestinians joined the protest in Gaza, which quickly turned into a battle as Israeli soldiers shot at – and often killed – protesters who tried to cross a security fence along the border with Israel.

In New York, Security Council diplomats announced that they would hold an emergency meeting on Tuesday afternoon to discuss the situation in Gaza.