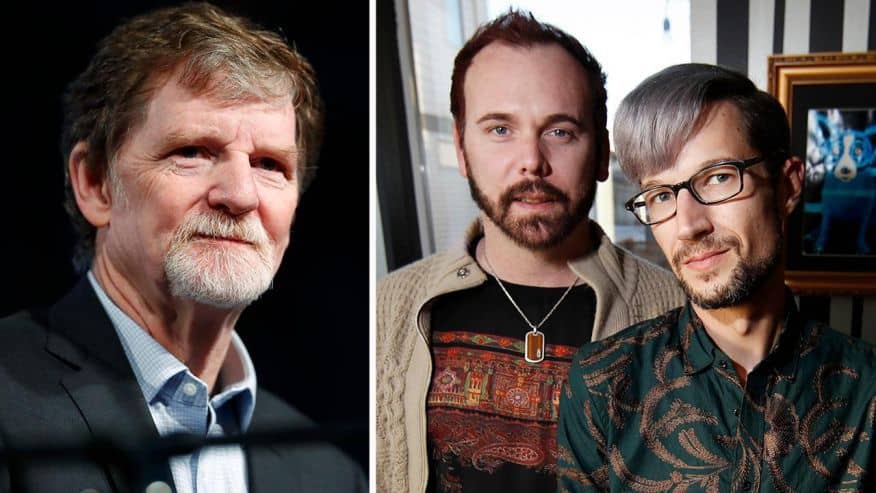 In one of the most anticipated decisions of the year, the Supreme Court on Thursday ruled in favor of Jack Philipps, a Colorado baker who refused to bake a wedding cake for a same-sex couple. Phillips claimed a religious objection to same-sex marriage and offered to make other baked goods for the couple.

In a 7-2 decision, the court determined that the Colorado Civil Rights Commission and Colorado Court of Appeals did not adjudicate the case “with the religious neutrality that the Constitution requires.”

“The Civil Rights Commission’s treatment of (Phillips’) case has some elements of a clear and impermissible hostility toward the sincere religious beliefs that motivated his objection, Justice Anthony Kennedy wrote in the majority opinion. “The commission’s hostility was inconsistent with the First Amendment’s guarantee that our laws be applied in a manner that is neutral toward religion.”

The case dates back to 2012 when Charlie Craig and David Mullins walked into the Masterpiece Cakeshop to order a custom cake to celebrate their upcoming wedding. Phillips said he couldn’t craft the product without violating his Christian faith.

Craig and Mullins successfully lodged a complaint with the Colorado Civil Rights Commission and defeated Phillip’s appeal in the Colorado Court of Appeals. The appeals court determined that Colorado’s anti-discrimination law prohibits Phillips from discriminating against potential patrons based on sexual orientation.

CNN reported that “the court held that the state anti-discrimination law was neutral and generally applicable and did not compel Phillips’ Masterpiece Cakeshop to ‘support or endorse any particular religious view’.”

Phillips appealed the lower court’s decision to SCOTUS arguing that “creative artists” must be able to choose what they will sell.

The decision was a victory for Phillips that failed to address the more significant issues.

USA Today reported, “As a result, the long-awaited decision did not resolve whether other opponents of same-sex marriage, including bakers, florists, photographers, and videographers, can refuse commercial wedding services to gay couples. In fact, the court on Monday scheduled a similar case involving a Washington State florist for consideration at their private conference Thursday.”

It’s unclear if the court’s ruling would permit Phillips the option to deny service to lesbian or gay couples in the future.

President of the Human Rights Campaign Chad Griffin said on Thursday, “Anti-LGBTQ extremists did not win the sweeping ‘license to discriminate’ they have been hoping for, and today’s ruling does not change our nation’s longstanding civil rights laws.”

Ralph Reed, chairman of the Faith and Freedom Coalition, tweeted, “This is a major victory for freedom of speech and thought, including of a religious content.”

Justice Kennedy and the majority may have kicked the big decisions down the road for the time being.

Kennedy wrote, “The outcome of cases like this in other circumstances must await further elaboration in the courts, all in the context of recognizing that these disputes must be resolved with tolerance, without undue disrespect to sincere religious beliefs, and without subjecting gay persons to indignities when they seek goods and services in an open market.”