Nigeria: Saraki’s Senate, IGP, and the question of Integrity 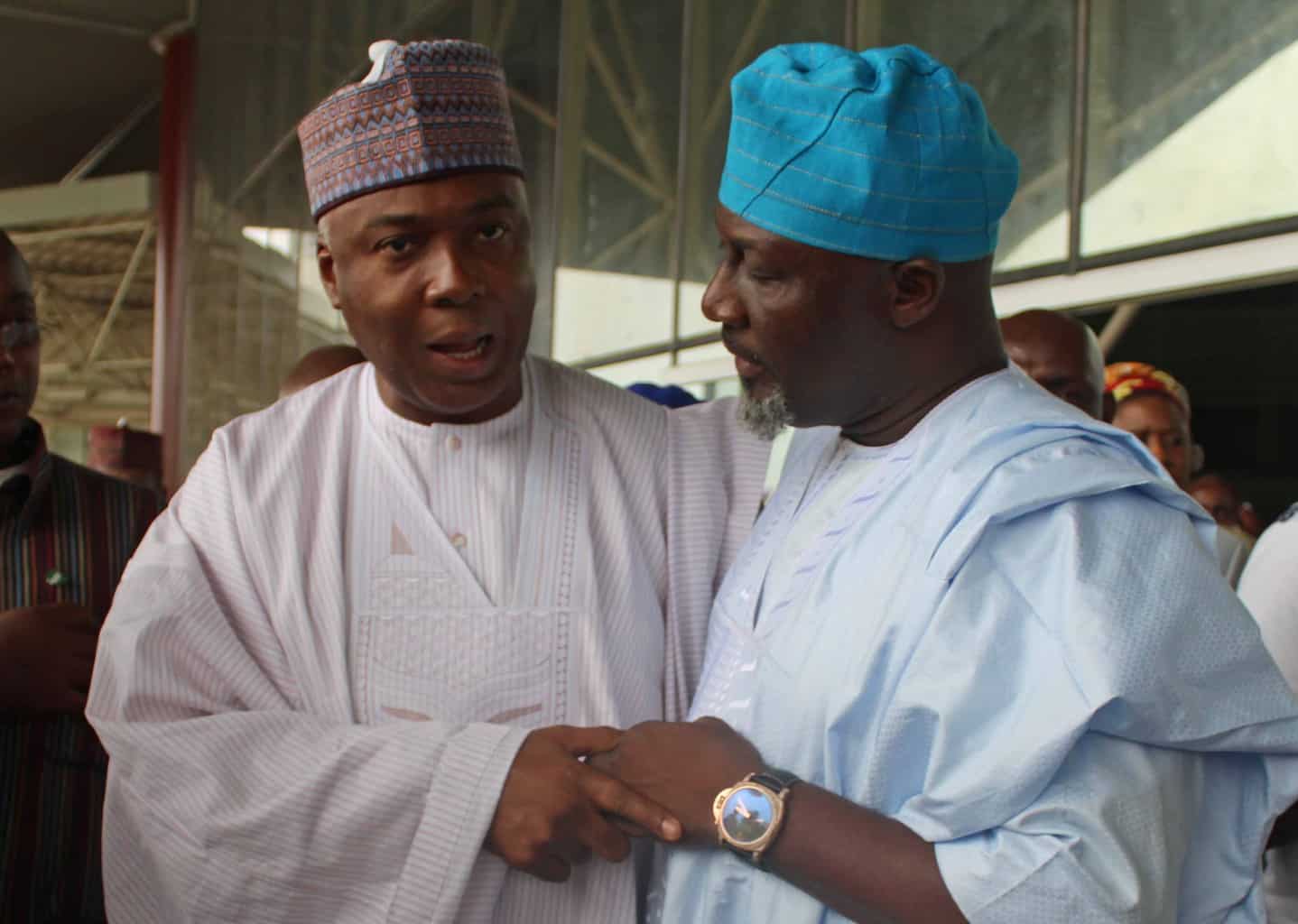 Like a cold war with perennial tentacles, the country’s unpleasant political fall-outs keep reinventing malleability. The Buhari’s administrations constant dust-up with the legislature —- Saraki’s Senate to be point-blank —- exudes shame; the kind that annuls all lively ideas of good governance.

In the native Igbo sociological literature, there is a distinct wise saying that: if the Ikenga loses its efficacy, it is bound to be split into firewood. The Ikenga, like the Mace of the Senate, is a traditional symbol of strength, authority, and defense. A totem that epitomizes the depth of a man’s exclusive traditional significance. The custodian of the revered staff must live by its truest ideals of truth, sanctity, and uprightness, lest the bearer’s influence is subjected to perpetual mockery and defiance.

The recent debacles between Nigeria’s Senate and the Inspector General of Police, Mr. Ibrahim Idris, have once more, raised a cacophonous anthem along the filthy boulevard of Nigeria’s public service. Not that the Upper Chamber has no political right or constitutional rights to summon any appointee of the President. No! As a matter of credible note, the Senate bestowed with the constitutional powers of oversight, reserves the right —- as dictated in Sections 88 and 89 (1)(c) of the Constitution of the Federal Republic of Nigeria, 1999 (as amended) —- to summon even the President of Nigeria on issues of grave or national concerns. What strikes a note of anxiety is the whys and wherefores of the ghostly warfare between Nigeria’s Upper Legislative Chamber and the police chief.

The Senate, obviously in consternation with the IGP’s perceived refusal to honour its summon on three inexcusable occasions: April 25,2018; May 2,2018 and May 9,2018, to —- as it pointed out —- answer questions on the “undignified” manner the police treated their colleague, Senator Dino Melaye, and to answer questions on the killings perpetuated across the country by armed herdsmen and other militia groups. This came weeks after the Senate had debated the unchecked massacres by herdsmen and other armed groups in the country during its January 16 and 17, 2018 plenary sessions, and resolved that the police boss arrest and prosecute the suspects within fourteen days.

But how barely could that simple admonitive instruction be the breaking point of a ‘relationship’ unexpected to turn so sore and scalding? One by-the-road-side Nigerian political onlooker, would have been most qualified to offer the IGP some titbit of what that ‘summon’ really meant in the Nigeria political playground: “Put on a well-ironed ceremonial police regally, make your smiles as legit as your dental make-ups can display, the answer every query —- even the most demeaning —- with an aura of responsiveness and flair. Just say something; make as much ‘Nigerian church pledge’ as your oral ingenuity can.’ But Mr. Idris blew it, thrice! The Senate went berserk, exasperated.

The travails of Senator Dino Melaye alone, in the chilly hands of the Nigeria Police —- whether a political payback, suppressive conjectures, or a shut-up approach —- could not have fanned the embers in the furnace, to the point it has become inextinguishable. There could have been a shadow war; a sensed omen of some political knock-down duel. Hence, the powers of the Upper Legislative Chamber trying its tactical best in political power duel, as a clear signal of intent to whoever the foe may be —- the president, the vice-president, the IGP? The ayes have it!

The arrest of Senator Melaye —- of course by IGP’s order —- for his alleged ties with criminal suspects Nihu Salisu (a.k.a Small) and Kabiru Seidu (a.ka Osama), who are being held by the police for criminal conspiracy and unlawful possession of prohibited firearms, could reasonably be seen as a rightful dispensation of duty by Nigeria Police Force, no matter the defaulter, and if the Senate invited the police boss on the sole predicate of that event and the manner he was treated, then the Senators who stand on this biased platform, have long lost their badges of public service, dignity, and fairness.

Never you talk about dignity and fairness in the Nigerian political setting, lest it would be as analogous to a long mid-afternoon sermon on culinary skills to a congregation of destitute, whose sole breakfast was hope; the hope that you, the sermonizer, had your pots busy.

Like a cold war with perennial tentacles, the country’s unpleasant political fall-outs keep reinventing malleability. The present regime’s constant dust-up with the legislature —- the Senate to be point-blank —- exudes shame; the kind that annuls all lively ideas of good governance. The disharmonious political environment only gives way to ugly prospects that merely satisfy egocentric thirsts, abandoning the issues of national urgency to perils.

If Nigeria’s Inspector General of Police, for instance, continues to revel in his turn-down notoriety, what result is expected of the task of ridding the country of the herdsmen rampage? The witty Police Public Relations Officer would unthinkably respond —- surely. You could be immersed in that vapid melodrama of Nigeria politics. Don’t!

Recent allegations linking Nigeria’s Senate President, Bukola Saraki, to the Offa armed robbery tragedy that left scores of innocent people dead, could not have come less handy, given that the country’s political fracas could come in different ignominious shapes, manners and outcome. But what is really in it —- if the bank robbery link allegations are true —- for the Senate President —- the loot, or, perhaps, the blood of the many victims who were killed in that hideous show?

I presume the IGP would relish a fair share of some payback of the senate’s boss, were it not for some barbed-wall of clauses dutifully sheltering him (Saraki) from doomsdays like these. You would say the table has turned, however, what is more, noteworthy in these executive-legislative decoy warfare is that the spectator electorate can neither act nor stake a claim of ownership.

Like a group of delegates, elected and sent to ensure that the communal ship sails unhampered to the dreaming shore, Nigeria’s scoundrel of leaders, and public office holders, have scorned the people who elected them, and hijacked the dream ship for egregious and sinister goals.