Harley-Davidson Is the First US Casualty Of Trump Tariffs 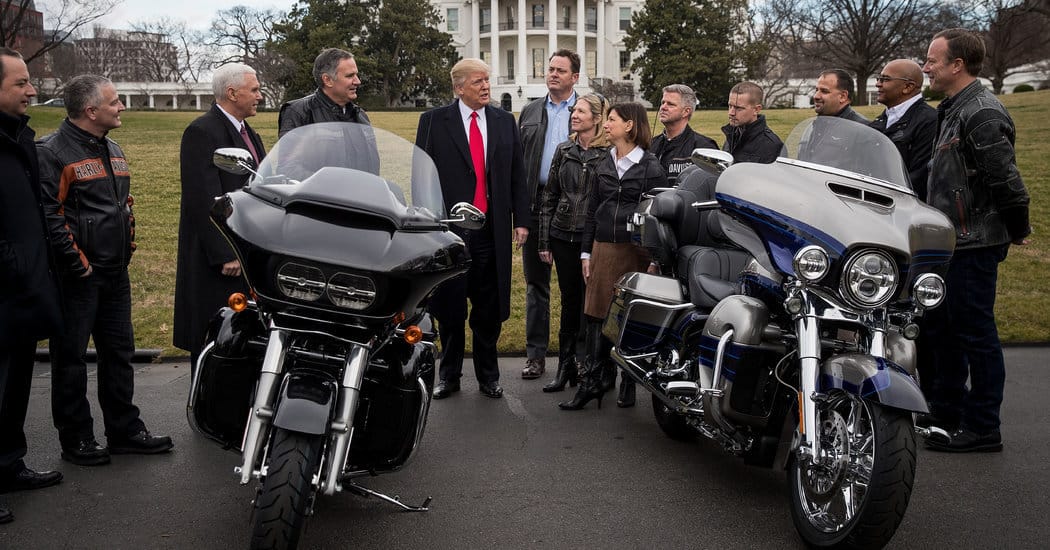 President Donald Trump tariffs on the European Union may bring some US manufacturing jobs to other nations.

In an SEC filing on Monday Harley-Davidson announced it would move motorcycle production overseas for units sold to customers in the EU.

NPR reported on Monday that Harley Davidson earned over $5.6 billion in European revenue last year. “Europe is its largest overseas market, with almost 40,000 customers buying motorcycles there in 2017,” according to NPR.

Import taxes on Harley-Davidson’s motorcycles jumped from 6 percent to 31 percent adding $2,200 to the cost of selling each bike on EU soil. NPR reported the increase “would cost the company $90 million to $100 million a year.”

Harley-Davidson will not raise the retail price of the motorcycles for European consumers.

“Increasing international production to alleviate the EU tariff burden is not the company’s preference, but represents the only sustainable option,” Harley-Davidson said in the filing. “The tremendous cost increase, if passed onto its dealers and retail customers, would have an immediate and lasting detrimental impact to its business in the region.”

The company employed 6,000 people globally and did not say if the manufacturing move will result in US job losses.

CNN reported on Monday that company spokesperson Michael Pflughoeft said the company was “assessing the potential impact” on jobs.

In the US sales of Harley-Davidson motorcycles are down 8.5% from last year. European sales are down just 0.4%.

Early this year the company announced a pending closure of a Kansas City factory according to CNN.

CNN reported that a spokesman for the International Association of Machinists and Aerospace Workers, Joe Capra, was not surprised by the company’s decision to move manufacturing for EU customers overseas.

“Capra said Harley-Davidson has not told its Kansas City workers whether the announcement will speed planned layoffs, which are scheduled to begin in August,” according to CNN.