The Khartoum Agreement, will peace finally return To South Sudan? 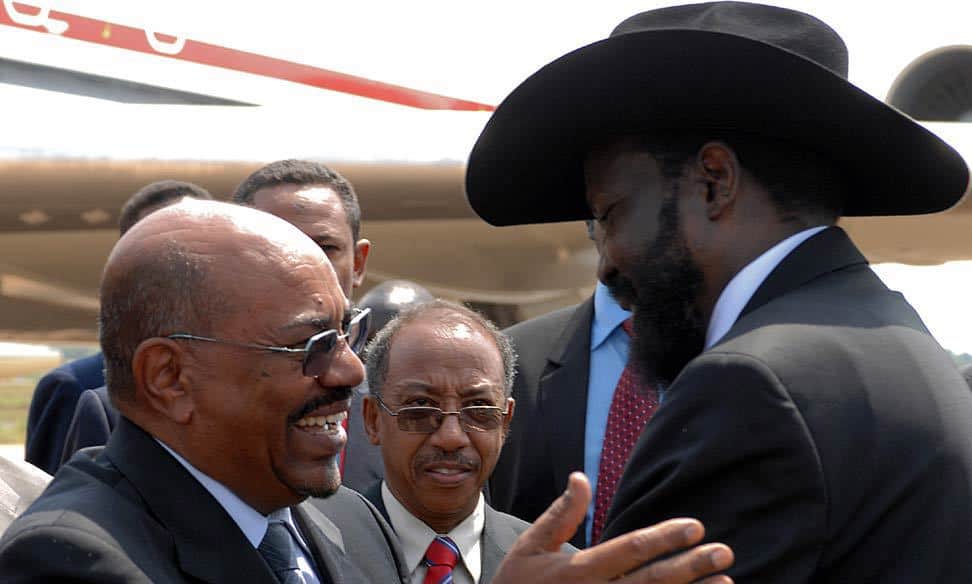 On July 9, 2011, history was made in Africa. Amidst wild jubilations, South-Sudan gained independence from Sudan, following a referendum that passed with 98.83% of the vote in support of its formation as an independent state. There were fireworks across the nook and cranny of every city in the new nation. In an overwhelming ecstasy, all South-Sudanese- regardless of status and other differences- celebrated the feat of independence.

But in 2013, barely two years, there was a volte-face in the political atmosphere of the country from celebrations to drum-beats of war. And about five years on, the country has not known peace.

From jubilation of independence to drum-beats of war

In 2013, a rift broke out between President Salva Kiir and his then Vice-President, Riek Machar. Kiir had accused Machar of plotting a coup to oust him from power. This intensified had snowballed into a bloody power tussle between the two, each trying to prove his mettle. It led to the emergence of several warring factions christened South Sudan Opposition Alliance (SSOA).

The lingering war has left a devastating mark on the country, throwing its economy and its once flourishing agriculture into shambles. Some tens of thousands were said to have died since the war broke out while many have been displaced in the deadly showdown that has created Africa’s most massive refugee crisis since the 1994 Rwandan genocide. Seven million South Sudanese, more than half of the population, will need food aid in 2018, according to the United Nations.

On Wednesday, there was a seeming breakthrough at efforts to finally restore peace in the country, after warring factions inked a ‘permanent’ ceasefire to end the escalating violence. The deal, expected to take effect from 72 hours, was agreed upon by President Kiir and rebel leader, Machar in the neighboring Sudanese capital, Khartoum. Present at the event were Sudanese President Omar al-Bashir and his Ugandan counterpart Yoweri Museveni.

“A permanent ceasefire is hereby declared throughout the Republic of South Sudan and shall enter into force within 72 hours of the signing of this declaration of the agreement,” Sudan’s Foreign Minister Al-Dirdiri Mohamed Ahmed, declared Wednesday, shortly after the agreement was reached.

The development is coming on the heels of growing calls from neighboring countries to restore peace to the country.

The Khartoum Agreement has continued to raise optimism that an end could finally be in sight to one of Africa’s deadliest wars in history. During the meeting, both leaders pledged commitment to promoting peace in the country, though many are skeptical of their rhetoric.

“The ceasefire will end the war in South Sudan and opens a (new) page,” Machar was quoted as saying while addressing reporters present shortly after the agreement was reached.

Significant demands of the deal include the opening of corridors for humanitarian aid, the release of prisoners of war and political detainees, the withdrawal of forces, and a transitional unity government to be formed within four months which will govern the country for 36 months.

Many, however, expressed fears that the recent move might only be an elongation of past fruitless efforts to restore peace to the troubled territory. This is not the first time Kiir and Machar would reach such agreement. In August 2015, a similar ceasefire deal was signed by the two East African bitter rivals but did not stand the test of time, collapsing in July 2016, following an outburst between the two in Juba, South Sudan’s capital.

Going by the present deal for instance, members of the African Union and the East African regional bloc, Intergovernmental Authority on Development (IGAD) – that has been pushing peace efforts – to “deploy the necessary forces to supervise the agreed permanent ceasefire,” are allowed, a move, many see as against Kiir’s stance.

“The agreement is a shift in position especially with President Salva Kiir who previously said he doesn’t expect to work with Riek Machar in the same government,” Chatham House researcher on South Sudan Ahmed Soliman told Aljazeera.

Therefore, critics have poured cold water on the meeting, going by what transpired during previous encounters. To this school of thought, any genuine effort to resolve the belligerent crisis must have the underlying causes of the war at heart. This, they argued, is not being considered by the recent agreement.  There are many reasons why past efforts to strike a peace deal failed.

On the one hand was the fear of the opposition parties sacrificing their integrity on the altar of the deal. They feared Sudan government might have an edge in the power-sharing formula, proposed by the deal. Had recent deals pull through for instance, the government would have been awarded 55% of “responsibilities” and state governors; the Sudan People’s Liberation Movement-in-Opposition’s (SPLM-IO) would have got 25% of each; and the remaining 20% would have gone to other opposition parties- a development the opposition kicked against.

Lack of trust in Kiir’s government was also another factor. Observers argued that the continued war in the country is due to Kiir’s unpredictable characteristics, which often creates distrust among rebels and other warring factions in the country. Going by South Sudan government’s fight against insurgency, which has the opposition parties at its core, the fear of striking a peace deal and consequently returns to Juba- where it has low fan-base and support- unarmed remained a considerable concern for SPLM-IO-led Machar. This is given the fact that Kiir could violate the peace agreement and is unlikely to welcome the idea of opposition entering Juba with arms.

“We shall never be part of a deal that carries the seeds of its own failure because that failure costs lives, resources and disrupting social fabric,” said the South Sudan Opposition Alliance (SSOA). This, therefore, may further prolong the war, regardless of the recent deal, analysts said.

Like the opposition, South-Sudan’s government has also shown little or no commitment to past deals due to some reasons. In the first place, the power-sharing formula, advocated by opposition parties would mean an expansion in government size, spending among others, which, going by the country’s shrinking economy, looks unsustainable and generally impossible.

The fear of striking the deal only to violate it in the long run, knowing the grave implications of such move fully, has plummeted government’s interest in signing the deals in the past.

More so, the strings of achievements recorded by South-Sudan’s government against the opposition has hardly allowed any logic to reach a peace deal. So far, some strongholds, hitherto controlled by the opposition have been taken over by the government.

Commentators believe South Sudan’s primary reason to sign peace deal would be to wave over impending sanctions from the international community such UN.

As it stands, both parties appeared careful so as not to be outsmarted by the other. The success or failure of the peace deal, in the long run, would be dependent on each party’s seriousness to walk the talk of the ceasefire agreement reached in Khartoum.