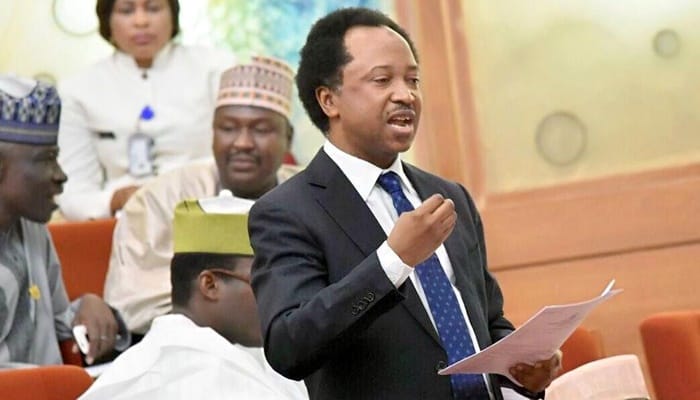 In this interview, a serving senator representing Kaduna Central senatorial district, SHEHU SANI, said President Muhammadu Buhari must end the incessant killings by Fulani herdsmen in the country before thinking of the second term. He also spoke on the current crisis rocking the ruling party, All Progressive Congress. Excerpts

There are reports in media that you and your supporters from your constituency have left your party, All Progressive Congress. How true is this?

Though I have made my position clear that I am not impressed with APC and I am ready to leave, but I have not left yet, but I can tell you that soon I will be leaving the party. I am still in the APC.

Now that you said you might leave the party soon, when should your supporters be expecting you to announce your exit?

I am yet to defect or defect from the APC to any other party. However, discussions and consultations are ongoing as regards to our future in the party. The decision will be taken in a matter of a week or two on whether to remain in the party or migrate. And when the time comes, I’ll make a formal announcement on the floor of the Senate, and my Facebook and Twitter handle.

How will you rate the APC administration under the leadership of President Muhammadu Buhari?

The nation under this government has recorded achievements in the areas of fighting corruption, self-sufficiency, economy, and completion of projects. So, if we look around very well, we will realize that this present administration has delivered on its campaign promises and has also lived up to the speech given during the inauguration three years ago. But in the area of human rights and the protection of human lives this administration has not done well.

Nigeria is currently battling with incessant killings in the hands of herdsmen. What is your view about this crisis and do you intend to do to help stop this menace?

Honestly, the herdsmen responsible for the massacre in Benue and other parts of the country should be tagged terrorists.

In my little way, I don’t mind to support the motion to fund the security agencies on the floor of the Senate in order to halt these unfortunate killings.

Herdsmen who commit the massacre in Benue and Taraba and ‘Bandits’ who commit the killings in Zamfara and Birnin Gwari in Kaduna state are nothing but terrorists; except if we want to call a spade a pestle or a spoon.

I will support the President on the floor of the Senate to fund and equip the DSS, Police and Civil Defence, as he did to the Military so that we can bring an end to all the excuses now ‘produced daily in an industrial scale.”

There are several speculations on the reasons for the various attacks by these herdsmen. What is your take on this?

Let me tell you, the roots of Herdsmen mass murder and kidnappings in other parts of Nigeria are in the policy of ‘Paying Fulani Herdsmen’ by some Governors. They appeased a monster with public funds, and now the monster is going door to door; Sahel, Savanna and mangrove forests.

Any Governor of a state operating the policy of Conditional Cash transfer to Killer Herdsmen is their patron. And he must be seen and treated as a national security risk.

President Muhammadu Buhari and supporters across the nation are not leaving any stone untouched to ensure his coming back. What is your observation on this?

The President and his second term campaigners have no basis to seek for the votes of Nigerians when Fulani herdsmen and kidnappers have waged an unrelenting war against many communities in the country, with scores killed and properties destroyed. It is wrong to be talking of the re-election of Buhari as President when hundreds of lives are being lost, and people are being massacred in different parts of the country.

In a time of bloodshed like this, the issue should be how to come together and address the problem. But those marketing the President at a time of this bloodshed are like people dancing on the graves of Nigerians.

In this situation, how will you advise the president and his people?

I advise people advising the President and strategizing for him to contest the elections to spare him some time, advise him well and provide a solid strategy to end the carnage and atrocities that are going on in the country today.

Human life is more important than politics because you cannot preside over dead people. The images we see in both social and traditional media is heart-rending and despicable.

I can tell you that over a year ago, the President was in Zamfara State in military fatigue to address the problem of banditry and mass killing. The President should be seen in any part of the country where such violence occurs.

The President must visit every community where the killings have been perpetrated. It gives people some hope that their Commander-in-Chief is determined and committed to defend and protect them.

APC seems to get deeper into different crisis on a daily basis, especially with the emergence of Reformed APC. What can you say brought about this faction of the party?

The reformed APC is a product of the crisis within the APC in the last three years. The reformed APC became a convergence of people that are aggrieved in the party; the legislators that have been marginalized, and most importantly, for the shoddy, mischievous and destructive congresses that were held under (Chief John) Oyegun’s chairmanship of the party. Nobody that has issue with our new national chairman, Adams Oshiomhole, but, our concern was that in the last three years under Oyegun, the party lost its integrity, lost its unity, and it has lost its value in the eyes and minds of many of its members because of the injustice and the cruelty and persecution meted on us while the party remained silent.

There are reports that R-APC is made up of different caucuses in APC. Can you shed light on this?

R-APC is made up of about three to four categories of people. It comprises legislators that were systematically marginalized and unjustly treated by their state governors and backed by the party in the last three years. It also comprises non-elected APC members, who were treated badly and whom the party never carried along in all its activities.

Also, the faction also included people who have been aggrieved with the President and the ways and manner President Buhari has been running the country, particularly his non-interventionist style on the issues of the party.

Which on the faction groups do you belong?

Firstly, the party at the local level pocketed by the governor and incited people against me; threatened with suspension and persecution. Secondly, thugs and violent criminals were used against me, to attack my office. And in both the first and second instances, the party and Presidency never raised an eye of objection. The third aspect of it was that I was linked in a murder case by the governor and government of Kaduna State and neither the party nor the Presidency raised any voice against this kind of thing.

The fourth aspect of it is that the governor, in an open rally, in the presence of the Vice President and the then chairman of the party, Oyegun, called for violence against me for denying Kaduna State loan of 350 million dollars, which I believe was not meant for development, but to enslave the people further.

How can I stay where I can be killed easily or if I am killed, neither the party nor the President will ever publicly caution the governor? What kind of country are we living in for God’s sake?

If you have a Senator and former governor, who cannot visit his state, that is a problem in Kano. If you have a Senator, whom the governor asked the general public to kill him, and there was no word coming from anywhere, you should know that is the extreme. So, R-APC became a convergent point for people that are aggrieved in different grades within the party, and they will have a voice and a rallying point, they will have a platform for which they can express their opinion and views and also be able to express their democratic rights.

Does that mean reconciliation efforts by Bola Tinubu have failed?

There were numbers of reconciliation efforts in the party that failed and that of Tinubu. Reconciliation effort by Inuwa Abdukadri, Northwest vice chairman of the party, as far as, I am concerned, they came and failed. The governor undermined it. The second was the Masari committee, which also failed. And that of Tinubu was deliberately undermined and incapacitated by the last administration of the party.

You cannot reconcile party members when your mindset and a static tradition of this is what I want things to be. You can’t also create an atmosphere of reconciliation when you don’t come to the bargaining table with an open mind.

So, as far as we are concerned, that we would need the likes of Adams Oshiomhole to come on board and address some of these issues. But, like I am saying, we are at a certain point now, where many of our members have made up their minds to take the next step. But, we are still talking, and we are opened to every form of discussion about the way forward. So, the RAPC was a child of necessity in view of the fact that all attempts to bring peace and reconciliation in the party was undermined and sabotaged by those who are controlling the party.