Protests In Iraq Spread Due To High Unemployment 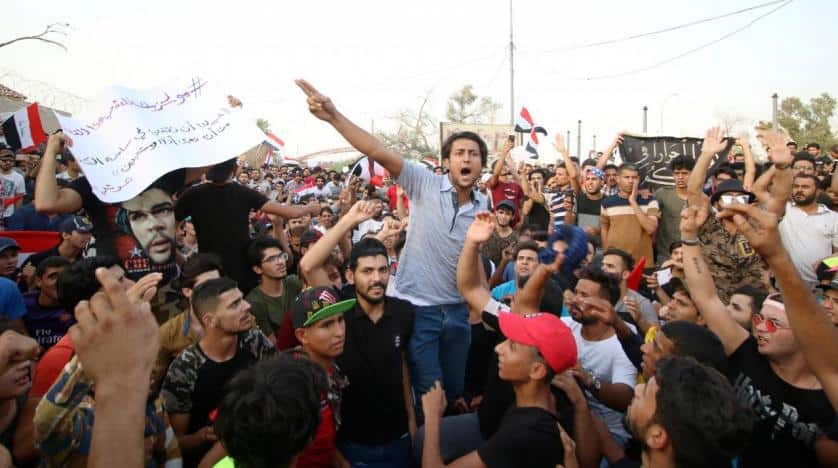 Last weekend citizens of the Iraq holy city of Najaf took to the streets in angry public demonstrations over high unemployment and a lack of basic public services, ABC News reports. In May, Iraq held national elections, but a parliamentary government has yet to form due to the failure of any coalition to secure an outright majority. Claims of corruption have also stalled the process.

Internet rumors circulated that on July 14th, the Iraqi government had shut down the internet in Baghdad, Najaf, and Basara where the protests were most prevalent. Citizen’s Truth was able to speak to an Iraqi citizen on background who confirmed the rumors:

On Sunday, July 15th the Iraqi government fired Najaf police chief Majed Hatem over the protests. “He was sacked over inefficient police handling of popular protests in the province,” a police officer told Anadolu Agency on background.

The sacking took place after hundreds of protesters stormed Najaf airport’s main hall and walked onto the tarmac on July 13th. According to Iraqi News, these protests caused Jordan, United Arab Emirates, and Kuwait to divert or cancel fights destined for the Najaf International Airport over the last weekend.

Another protester was killed on Friday, July 20th according to Albawaba. However, Iraq’s Health Ministry claimed that most of the 45 injured during protests were security personnel. At this point, it is impossible to confirm the totality of injuries in deaths since the beginning of the nationwide demonstrations.

Albawaba reports on the latest developments with the protests:

Recent days have seen the protests spread from southern Iraq to a number of other cities and provinces, including the nation’s capital, where the government has cut internet access and banned several social media platforms in hopes of preventing the protests from escalating further.

With unrest spreading, it’s too early to tell what will bring a resolution to the situation.