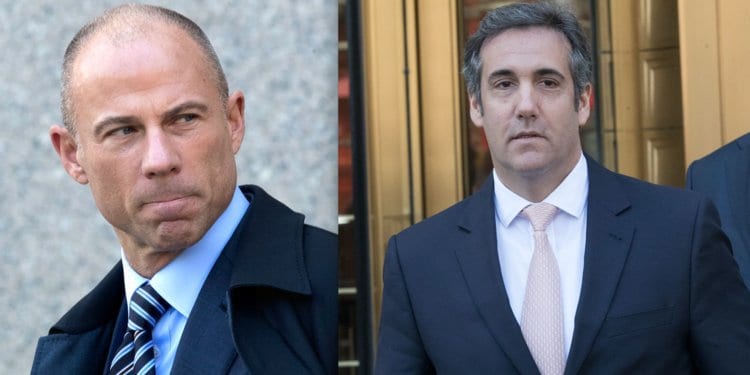 “Based upon those de-designations, the special master released the 12 items to the government that day,” the filing said.

One of the tapes, made just before the 2016 presidential election, is a recording of Cohen and then-candidate Donald Trump discussing a plan to buy the rights to Karen McDougal’s story. McDougal, a former Playboy model, said she had a consensual affair with Trump several years ago.

Business Insider reported on Monday that Trump’s attorneys believe Cohen has been discussing the content of the tapes with others. They subsequently decided to waive privilege claims, according to a person with knowledge of the matter.

The person told Business Insider that Trump’s attorneys “don’t have any problem with anybody listening to them.”

When asked on Sunday by George Stephanopoulos of ABC’s This Week if he knows what’s on the tapes Avenatti said, “I know the substance some of the tapes, yes.”

“I ran into Michael Cohen at a restaurant in New York City on Monday. We had a conversation. I thought it was very fruitful,” said Avenatti. “And we’ve continued to have a dialogue, and I think that ultimately George, Michael Cohen is going to, to assist us in our search for the truth,” added Avenatti.

The other 11 tapes have not been released to the media, and the content is unknown.

According to NBC News, earlier this year Cohen said that he only had three clients – Trump, Fox News host Sean Hannity and former deputy finance chairman of the Republican National Committee Elliot Brody.

Brody impregnated a woman and later, with the assistance of Cohen, paid her hush money to keep the incident a secret.