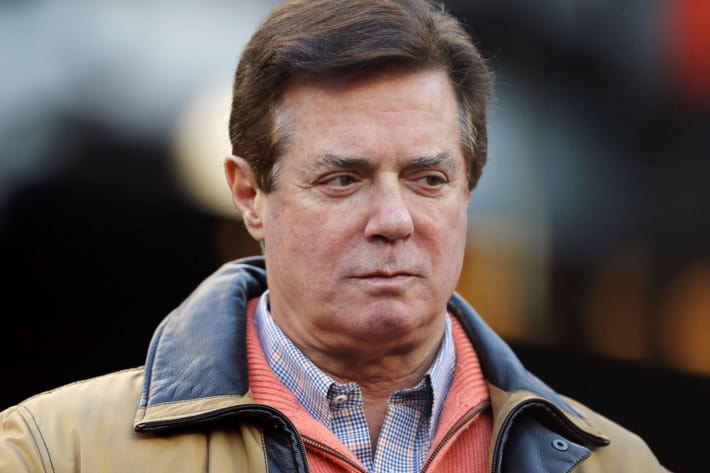 The first day of Paul Manafort trial wrapped up on Tuesday with testimony from Bernie Sander’s presidential campaign strategist, assertions that Manafort is a liar and allegations that Manafort’s alleged crimes were actually committed by Rick Gates.

In opening statements, defense attorney Thomas Zehnle told a Jury earlier today that he intended to prove former Manafort deputy Rick Gates is to blame for financial charges against Manafort.

Zehnle accused Gates of embezzlement. “Rick Gates had his hand in the cookie jar,” Zehnle said. “Little did Paul know that Rick was lining his own pockets.”

Zehnle accused Gates of “embezzling millions” from Manafort’s company and intentionally not reporting the windfall on his tax returns.

Describing Manafort as a victim of an unscrupulous assistant, Zehnle said that the government’s “star witness” (Gates) was untrustworthy.

Zehlne also argued that Manafort did not “willfully or intentionally deceive” the IRS or other banking institutions and that shell company set up to receive secret payments from Ukraine’s Party of Regions were not illicit in nature.

In opening statements, prosecutors describe Manafort as a “shrewd liar” who lived “an extravagant lifestyle.”

Referring to charges of filing false tax returns, defrauding several banks and neglecting to report foreign bank accounts Asonye said, “All of these charges boil down to one simple issue…that Paul Manafort lied.”

Tad Devine, a democratic political consultant who worked with Manafort in Ukraine, was the first witness to testify.

Prosecutors asked Devine about the quantity of work Manafort performed in Ukraine with Rick Gates and about Manafort’s relationship with Konstantin Kilimnik, a Russian-Ukrainian political consultant, and suspected Russian intelligence operative.

Devine told attorneys for Manafort that Rick Gates “did a lot of the day-to-day stuff” for Manafort. Devine said Gate’s made travel arrangements while Manafort managed campaign strategy in Ukraine.