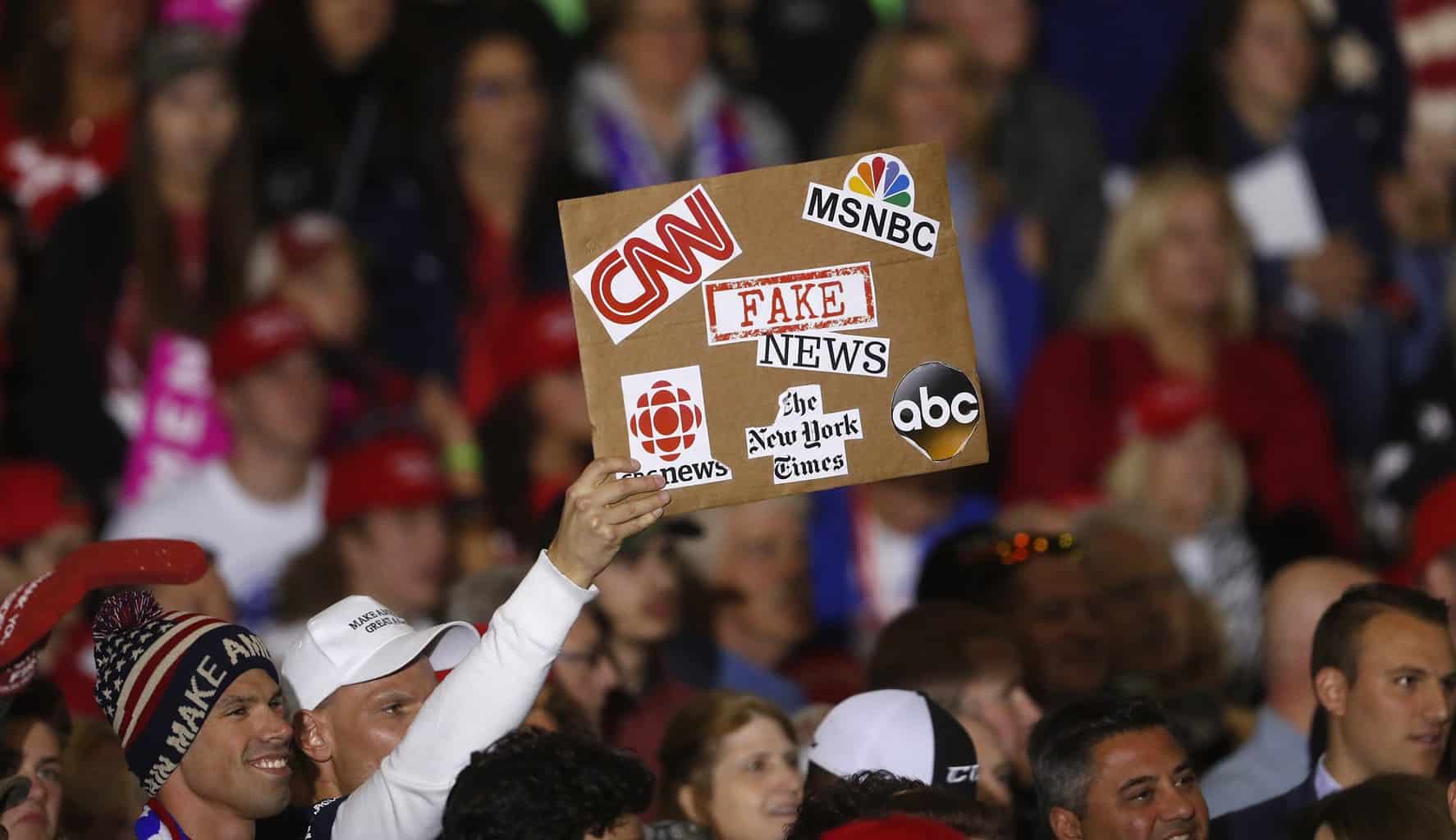 The Boston Globe organized the effort, reaching out to newspaper editorial boards coordinating a response to President Donald Trump’s the press is “enemy of the people” rhetoric.

The Globe’s editorial titled Journalists Are Not The Enemy, derides Trump for disparaging news reports that he dislikes while lying to the public.

“Today in the United States we have a president who has created a mantra that members of the media who do not blatantly support the policies of the current U.S. administration are the ‘enemy of the people.’ This is one of the many lies that have been thrown out by this president much like an old-time charlatan threw out “magic” dust or water on a hopeful crowd,” the editorial said.

The Topeka Capital-Journal, a Kansas publication and one of the few newspapers to endorse Trump in the 2016 election spoke out against the President’s rhetoric.

“Journalists are used to being insulted. It comes with the job, with working to report accurately on the ceaseless torrent of happenings that comprise modern life. No one will be happy all the time with what a journalist or news outlet produces,” the Journal’s editorial said.

The editorial continued, “But being called an enemy — and not of a politician or cause, but of the whole people of a nation — that’s something else entirely. It’s sinister. It’s destructive. And it must end now.”

Ohio’s Athens News said Trump was “self-serving” and could care less if he “poses a danger to democracy.”

“Trump’s long-time campaign to undermine and marginalize journalists, ramped up in recent weeks, appears wholly self-serving on the president’s part. From his point of view, the obvious way to deflect and defuse negative reports is to discredit the reporter and/or the news outlet he or she works for. It’s doubtful that he gives a fig about whether his attacks pose a danger to democracy or transparent government. As with everything else with this president, it’s all about him,” Athens News wrote.

Larger newspapers including the New York Times, the Miami Herald, the Philadelphia Inquirer, the Denver Post and the Houston Chronicle contributed editorial reports.

The Miami Herald argued that Trump’s attacks on the press might lead to attacks on ordinary citizens. “If one first comes successfully for the press as an ‘enemy of the American People,’ what stops someone … coming next for your friends? Your family? Or you?”

“The next time the president starts in on the press, remember: Journalists who report facts that powerful people don’t want you to know are not the enemy; they’re the strongest ally democracy has,” the Chronicle said.

Editorial boards at the Los Angeles Times, the Washington Post and the San Francisco Chronicle chose not to participate.
The Chronicle’s editorial page editor John Diaz wrote, “It plays into Trump’s narrative that the media are aligned against him. I can just anticipate his Thursday morning tweets accusing the “FAKE NEWS MEDIA” of “COLLUSION!” and “BIAS!” He surely will attempt to cite this day of editorials to discredit critical and factual news stories in the future, even though no one involved in those pieces had anything to do with this campaign.”

Trump hit back at the editorials on Thursday morning. He called the news media “the opposition party” while lamenting that he would like nothing more than “freedom of the press.”

“THE FAKE NEWS MEDIA IS THE OPPOSITION PARTY. It is very bad for our Great Country…BUT WE ARE WINNING!” Trump tweeted.

Trump continued, “There is nothing that I would want more for our Country than true FREEDOM OF THE PRESS. The fact is that the Press is FREE to write and say anything it wants, but much of what it says is FAKE NEWS, pushing a political agenda or just plain trying to hurt people. HONESTY WINS!”