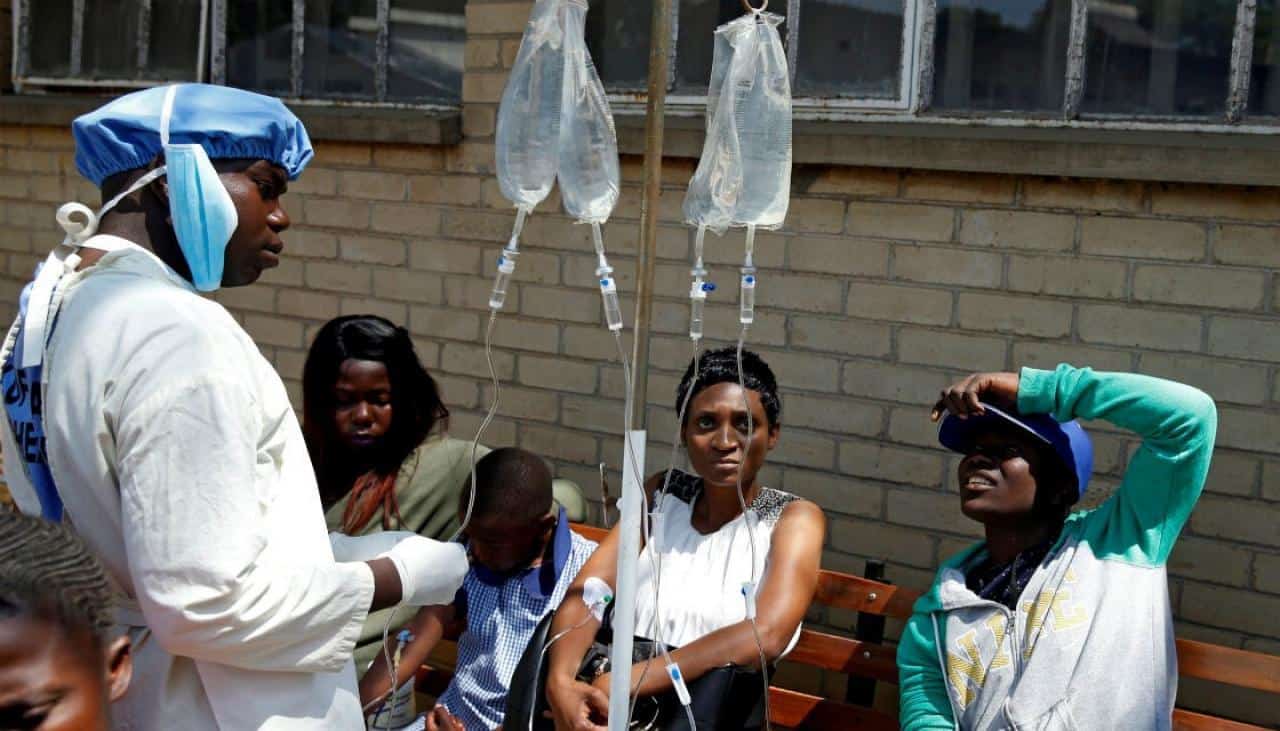 Zimbabwe’s government on Wednesday banned public gatherings across Harare, the Capital, as an immediate response to the surging cases of cholera outbreak in the country.

Not less than 21 people have been killed by the outbreak over the past week. Disclosing this in a statement on Wednesday, Zimbabwe Republic Police spokeswoman, Charity Charamba charged residents to “take heed” to the ruling. The country’s health officials said about 3,000 suspected cases of waterborne disease has been recorded.

“The government has declared the cholera outbreak in Harare a state of emergency, meaning that it is also a threat to human security,” Charamba said.

This is coming some hours after the country declared a state of emergency in the capital earlier on Tuesday. Announcing the development during a visit to major areas affected by the outbreak in the city, Zimbabwe’s Health Minister Obadiah Moyo said: “We are declaring an emergency for Harare. This will enable us to contain cholera, typhoid and whatever is going on, to get rid of the problem as quickly as possible.”

The Minister expressed fears that the disease, caused by “blocked sewers” was spreading to other parts of the country, adding “The number of cases is growing by the day.”

Zimbabwe has been rocked with various cases of cholera- an acute diarrheal illness that kills thousands of people worldwide each year- killing more than 4,000 people during an outbreak in the country about a decade ago.

The World Health Organization stated that the disease “easily treatable” and even preventable if there is “universal access to safe drinking water and adequate sanitation”.

Meanwhile, newly elected President Emmerson Mnangagwa has reiterated his administration’s commitment to nip the outbreak in the bud, assuring health officials were working round the clock to contain and overcome the outbreak.

The President tweeted on Wednesday: “My thoughts & prayers are with those suffering from the cholera outbreak, and the loved ones of those we have lost. In order to contain the outbreak & mobilize resources we have declared a state of emergency in Harare, and are working closely with our international partners.

“I urge all residents of affected areas to exercise extra care with their hygiene & follow the instructions of the authorities as we seek to contain & overcome this outbreak. We are working tirelessly to control the situation and hope to communicate progress in due course.”

Cholera, which can kill within hours if untreated, is caused by the consumption of food or water contaminated with the bacterium Vibrio cholerae.

Amnesty International has blamed the country’s most recent outbreak of cholera on its “failure to invest in and manage both its basic water and sanitation infrastructure and its healthcare system”.

“It is appalling that in 2018 people are still dying of such a preventable disease,” Jessia Pwiti, Amnesty’s executive director for Zimbabwe, said in a statement on Wednesday.

“No lessons were learned from the 2008 epidemic and the outbreak and deaths we’re seeing now is symptomatic of a still broken-down sanitation infrastructure and poor sewer management, worsened by a shortage of drugs and medical supplies,” she added.

“Cholera is a symbol of inequity. It’s an ancient disease, which has been eliminated in many parts of the world. Every death from cholera is preventable,” Matshidiso Moeti, WHO director for Africa, said.