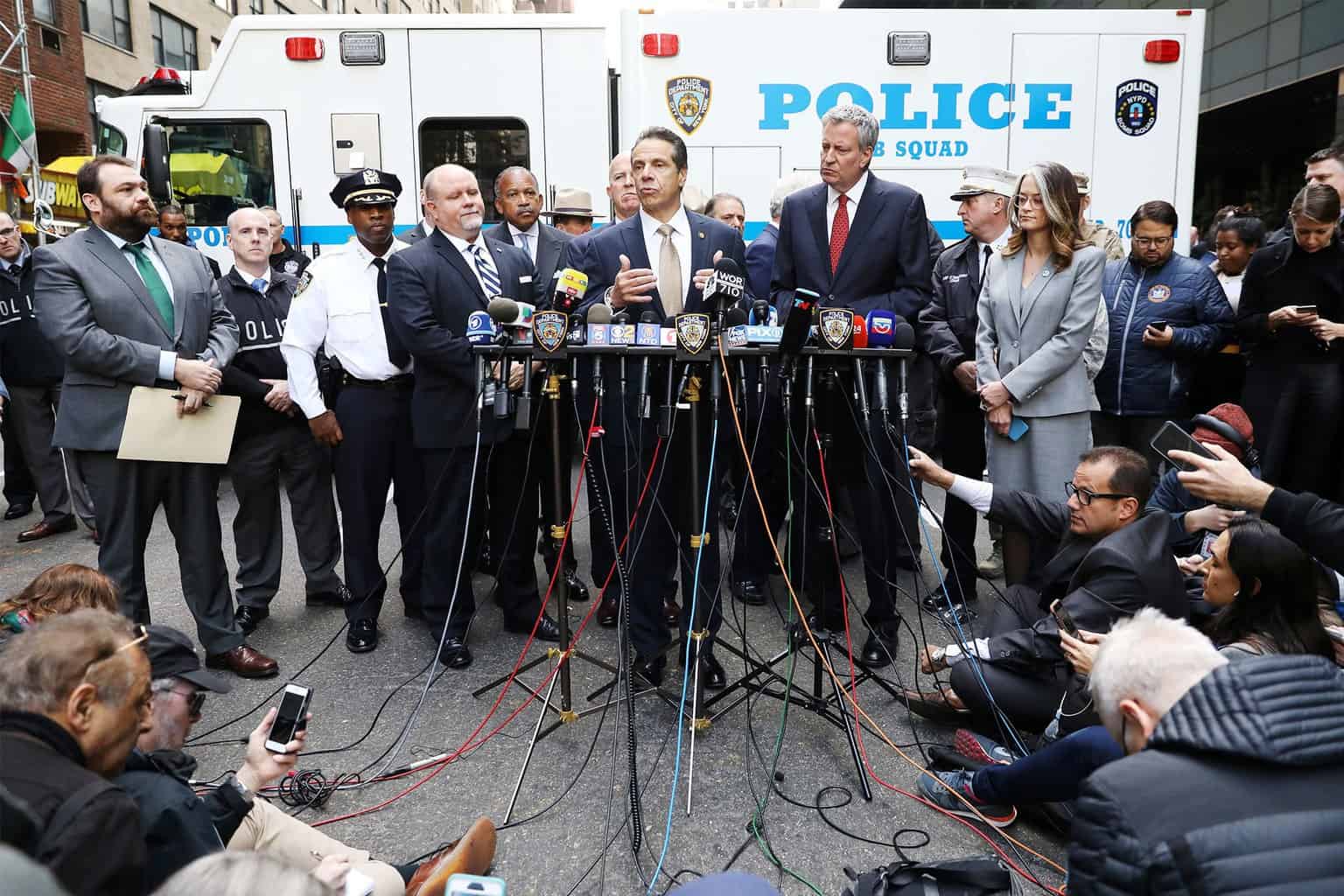 Federal officials continue to investigate suspicious packages that were delivered to over half a dozen Democratic figures as well as the CNN bureau in New York.

News broke on Monday after a suspicious package was found at the home of philanthropist George Soros.

The device intercepted at Mr. Soros’s home, located in a suburb of New York City, was constructed from a length of pipe about six inches long filled with explosive powder. The device was “proactively detonated” by bomb squad technicians, according to federal officials.

The motive of the would-be bomber or bombers continues to remain unclear.

The package received at CNN was addressed to former CIA director John Brennan.

According to New York officials, the device found at New York’s CNN headquarters in Columbus Circle, home to Time Warner Center in Manhattan appeared to be a live device.

“This is clearly an act of terrorism,” New York Mayor Bill de Blasio said in a news conference Wednesday.

The FBI said the device retrieved from CNN was a pipe bomb and contained a suspicious powder. The device is said to have been delivered via courier, not the U.S. mail.

Early reporting from authorities shows all the packages were constructed similarly and at least one of the devices appeared to contain projectiles, including shards of glass. The devices are said to be rudimentary but functional.

The FBI said the package intended for the Clintons was found in the vicinity of their residence in Chappaqua, New York late Tuesday but offered no additional comment, citing the ongoing investigation.

“We are fine thanks to the men and women of the secret service, who intercepted the package addressed to us long before it made its way to our home. Every day we are grateful for their service and commitment, and obviously never more than today,” Hillary Clinton said from Coral Gables, Fla.

The Secret Service intercepted both packages sent to former President Barack Obama and the Clintons during “routine mail screening procedure.”

The FBI, Department of Justice, Department of Homeland Security and the Secret Service all briefed President Trump on the now on-going federal investigation.

“We have to send one very clear, strong, unmistakable message: acts or threats of political violence of any kind have no place in the United States of America,” President Trump said from the White House Wednesday.

Forced out of newsroom by bomb-scare, CNN continues broadcasting on the street.

CNN’s @jimsciutto and @PoppyHarlowCNN, who were anchoring when the CNN New York bureau was evacuated, are now safely outside, reporting via cellphone on the law enforcement response due to a suspicious device at the Time Warner Center, where CNN is based https://t.co/BmgkJ2qaIE pic.twitter.com/xLFaJHOC8s