Why Comoros Political Crisis May End In Civil War 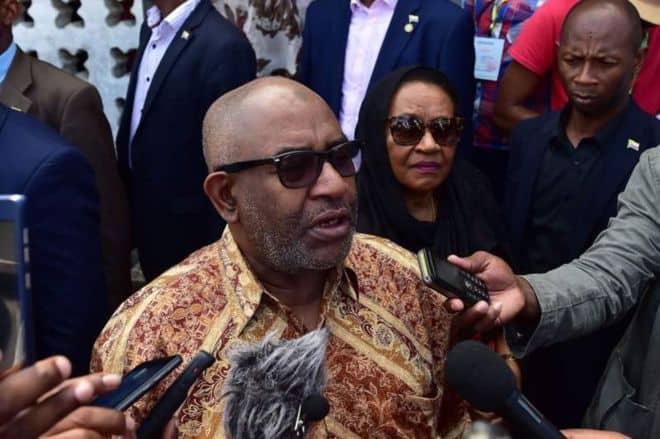 For the past few days, Comoros has been engulfed by unrests caused mainly by frequent clashes between security forces and anti-government protesters in Anjouan, one of the country’s main island.

Any end in sight? Yes, but not likely soon, at least.

Comoros is formed by Ngazidja (Grande Comore), Mwali (Mohéli) and Nzwani (Anjouan), three major islands in the Comoros Archipelago, as well as many minor islets.

Assoumani is from Grande Comore, the largest of the three islands in the country.

Assoumani has been in power since 2016 and would have had to step down in 2021 under the old term limits. But the President, to the chagrin of many, is seeking to alter the existing constitutional arrangement. Assoumani is seeking to recontest the country’s presidential polls again in early 2019.

The President had in August claimed a referendum held in July had approved the extension of presidential term limits and an end to the rotating presidency, but the opposition had flawed the referendum, contending it was illegal.

This would disadvantage the Anjouan, the next in line to occupy the Presidency when Assoumani finally steps down in 2021. The president’s determination to hang on to power is ripping the country apart with political unrests leaving many displaced and some injured.

The government had last week Thursday deployed more troops to Assoumani to tame anti-government protesters and further quell any uprising in an intensified crackdown. The troops were also sent to cut power and water in Mutsamudu. A night-time curfew had also been slammed on the Island.

The effectiveness of these measures would be tested in the coming weeks with the people seemingly unfazed by the government’s rising threats, a development some observers warned could snowball into a major war.

An official at Anjouan’s airport told the AFP news agency a significant contingent of security forces arrived on the island to quell unrest there.

Residents said the old medina quarter of Anjouan’s capital Mutsamudu, with its narrow, intersecting alleyways, has become the epicenter of the fighting.

“Those who were able to flee the old town to seek refuge in the outer suburbs… which are a safe haven,” said one witness who declined to be named.

French expatriate Anais Greusard told AFP that there were “big explosions” late on Wednesday and “a lot of shooting” in the early hours of Thursday.

“They have cut water and electricity. [But] the hooded protesters are not the ones suffering, it is the population which has been taken like hostages,” a resident of Mutsamudu told Reuters.

“If this continues, we risk starving to death. We are praying that it ends quickly,” added the woman, who spoke on condition of anonymity.

The government had tried to play down the intensity of the ongoing clashes to maintain its goodwill among the populace, but that is seemingly proving a hard nut to crack.

Earlier on Wednesday, the country’s Interior Minister, Mohamed Daoudou claimed only three people were killed in the unrest, which according to him was caused mainly by “terrorists, as well as drug addicts and alcoholics.” He added that normalcy had returned to Anjouan.

However, witnesses claimed that many more people had been injured in the clashes, according to media reports.

“The people are revolting… they won’t stop shooting,” said Ahmed Samir, an exiled leader of the opposition Union for the Development of the Comoros (UPDC) party who added that the people wanted to overthrow Assoumani.

Samir claimed that around 40 armed men were leading an armed insurrection against government forces while witnesses described masked men with automatic weapons roaming the medina, the report added.

The unrest has attracted the attention of various regional and international bodies. Both the United Nations and African Union have each weighed into the situation, urging the multiple parties involved in the clash to resolve the crisis through dialogue amicably.

Comoros joins the list of African countries such as Rwanda, Uganda, and Cameroon where power-intoxicated leaders have refused to willingly relinquish power by extending presidential limits or amending the constitution to maintain their grip on power.