Doctors Vs NRA: A Fight Between Good And Evil 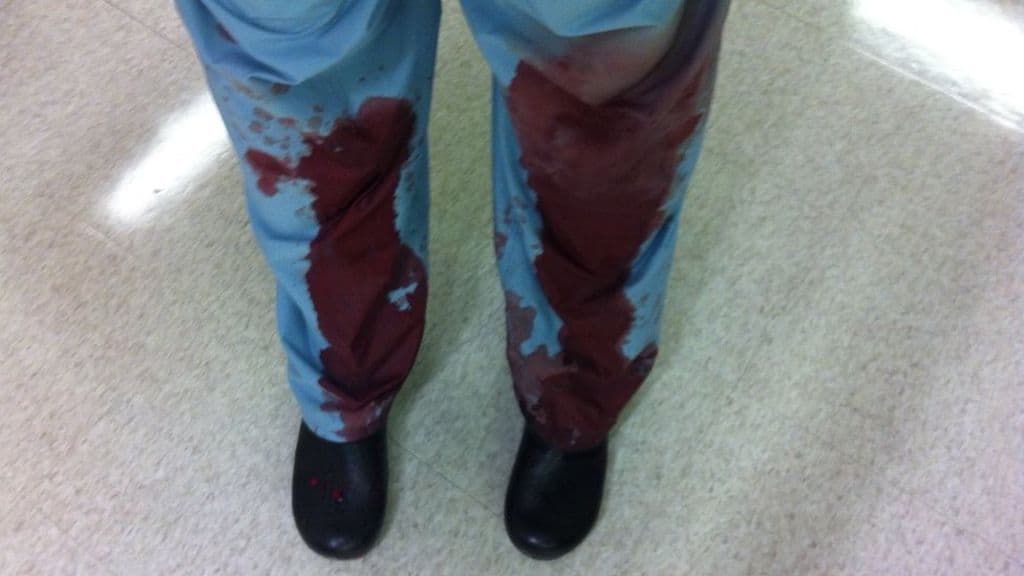 Gun violence is undoubtedly a problem in America. In comparison to other countries, it disproportionately affects us, especially young adults and racial minorities who have been found to face a higher probability of firearm death.

The American Public Health Association reports that in a grouping of more than 20 nations with high socioeconomic success, a breathtaking 80% of all firearm deaths and 87% of firearm deaths in children 14 or younger occurred in America.

The influx of violence has had an impact on the operation of hospitals and schools, as well as the everyday lives of those who spend much of their time in those buildings. American doctors are calling for thoughtful legislation to make firearm ownership safer and to encourage a public health approach to addressing gun violence as a leading cause of preventable death. 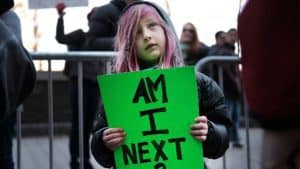 87% of firearm deaths in children 14 or younger occurred in America.

With the stakes in the gun reform debate higher than ever, the National Rifle Association will no longer hesitate to publicly target, belittle, and offend medical professionals or teenage survivors for sharing their hard-earned opinions on gun violence.

When a recent policy proposal from the American College of Physicians made recommendations for reducing gun violence, the NRA immediately attacked them as “self-important” doctors by way of Twitter, essentially suggesting medical professionals mind their own business. While gun violence is clearly every American’s concern at this point, most people might agree that doctors and first responders have an inarguable place at the table when it comes to the conversation about the detriment to human life and real costs to society. NRA on their official Twitter page tweets;

Someone should tell self-important anti-gun doctors to stay in their lane. Half of the articles in Annals of Internal Medicine are pushing for gun control. Most upsetting, however, the medical community seems to have consulted NO ONE but themselves. https://t.co/oCR3uiLtS7

In a wrenching response, American medical professionals took to social media to powerfully force the NRA out of their lane, sharing poignant stories and images of bloody scrubs, lost lives, and grieving families to prove that they are firmly within their rights when they call for changes aimed at decreasing gun violence. Kristin Gee, MD, tweeted;

To the @NRA, this is what it looks like to stay in #mylane. We will not be silent about the toll of #gunviolence. I speak out for this patient, for their parents who will never be the same, for every person who came after this one and didn’t have to #thisiseveryoneslane pic.twitter.com/B5mo6pC4dV

These doctors argue that acknowledging the rise in gun violence and considering reasonable ways to counteract it while being careful of the second amendment is the most conceivable approach to really affecting change.

The NRA, clearly unhappy with any decrease in gun sales and generally apathetic towards human life, is content to unsoundly sway American opinion against the opinion of medical professionals in honor of an already massive amount of profit.

The NRA also has a habit of singling out and bullying school shooting survivors. Earlier this year, videos shared from inside Marjory Stoneman Douglas High School gave a direct account of the terror that transpired during a mass shooting. Shaking students huddled together, whimpering and waiting, listening as their classmates outside faced a rampaging killer with an AR-15.

Young activists bravely rose up from the tragedy to tell politicians they were ready to vote and wanted candidates who supported gun reform, but the NRA was there to disparage them personally and fuel hate for shaken teenagers across America.

The NRA has recently targeted student activist David Hogg for using armed security, ignoring how it continues to play a part in creating the need for an 18-year-old school shooting survivor to travel with armed security. After suggesting an armed resource officer would have quickly and easily stopped the shooting, NRA TV host Colion Noir shared a direct and cruel message for student activists concerning March for Our Lives: “no one would know your names” if other students hadn’t died. His suggestion was that the activists are irrelevant because of an imaginary scenario where a good guy stopped the shooting, but the most irrelevant opinion is probably one concluded on a different outcome than 17 people, mostly teens, being gunned down inside a school in less than 10 minutes. 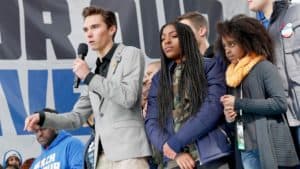 An analysis by The Washington Post shows that the NRA has historically used their massive wealth and exploitation of members’ fears to influence legislation. Following the assassinations of Reverend Martin Luther King Jr. and both John and Robert Kennedy, the White House attempted to push for a federal registry for gun owners and a license requirement for all gun carriers in 1968. This attempt was obstructed by the NRA, and instead, a law was passed which barred mail-order gun sales, restricted gun ownership for the mentally ill and drug-addicted, and required serial numbers on all weapons. President Lyndon B. Johnson said:

In 2013, when President Obama supported the reinstatement of an assault weapon ban following the massacre of 20 children and six adults at Sandy Hook Elementary in Connecticut, the NRA started its own “Stop the Gun Ban” campaign before a bill could be produced, and the Senate voted 60-40 in opposition to the new ban.

The NRA spends millions in elections to strengthen its influence on legislation and is exceptionally active in presidential campaigns. According to the Center for Responsive Politics, the NRA spent $19.7 million to oppose Hillary Clinton and another $9.8 million to support Donald Trump in the 2016 presidential election.

With information about the dangers of gun violence becoming more obvious and accessible to everyday Americans, the NRA turns to timeless tactics of fear-mongering and financial influence to offset any gains made in gun reform. 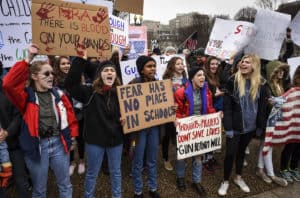 Students from around the region chant “shame on you” as they gather in front of the White House to protest the lack of gun control, on February 19, 2018, in Washington, DC.
(Photo by Bill O’Leary/The Washington Post via Getty Images)

Surveys by Business Insider showed that in early 2017, 84% of Americans seemed to agree on closing the loophole which allows for the purchase of firearms without background checks through private sale or gun shows, so when the NRA attacks those in support of gun reform, they now attack at least 84% of the population.

The organization is prepared to defend itself from a growing number of opponents, but can it harness more influence than such a large majority of Americans? Perhaps the attacks on medical staff and survivors of school shootings are simply acts of desperation from an organization whose reputation has been weakened by the ramifications of gun violence now faced by a startling number of Americans every day. It’s also more than possible that the answer will be the same as it always has been; more insincere thoughts and prayers delivered to victims and their families over Twitter.