How Buhari’s Govt.’s Insincerity Is Stifling Fight Against Boko Haram 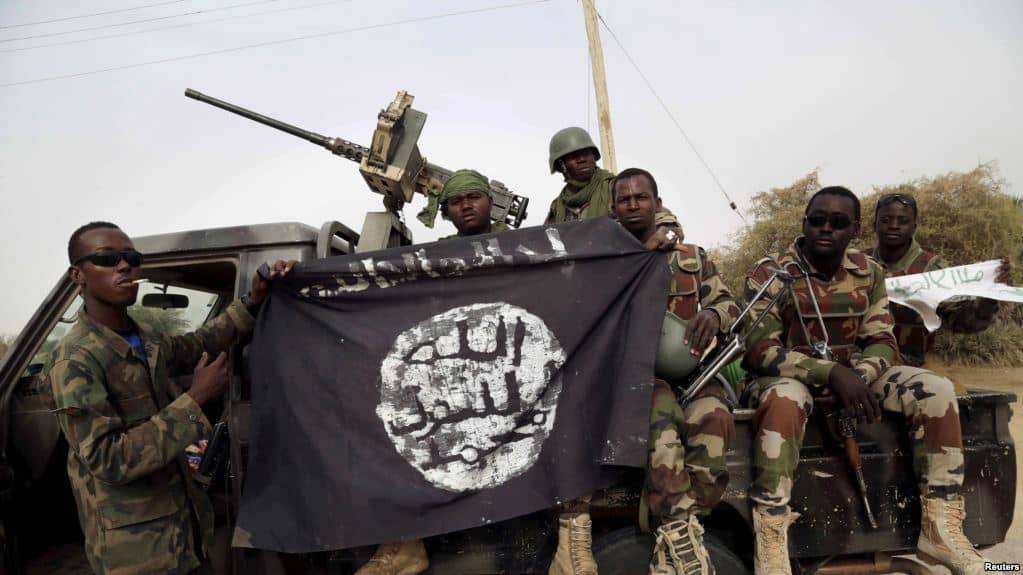 History will not forget the recent deadly attack on the Nigerian army by Boko Haram in a hurry. Over 100 soldiers were reportedly killed during the attack in Metele village of Borno State, a stronghold of the deadly terrorists in the North-Eastern part of Nigeria.

An encapsulation of rage and fear, with little hope for optimism, the attack has left many tongues wagging. It’s planning and execution took the Nigerian army out of the blue. This is coming despite constant claims by the Nigerian government that it has “technically defeated” the Boko Haram terrorists. The President had in 2015, trumpeted his administration’s fight against the terrorist group.

“…I think technically we have won the war because people are going back into their neighborhoods. Boko Haram as an organized fighting force, I assure you, that we have dealt with them,” the President had boasted in an interview with BBC.

In his trademark speech, the President also, during his 2018 new year nationwide broadcast to Nigerians, portrayed a messianic toga, claiming his administration has dealt a huge blow to the activities of the terrorist groups.

“We have since beaten Boko Haram. Isolated attacks still occur, but even the best-policed countries cannot prevent determined criminals from committing terrible acts of terror as we have seen during the past years in Europe, Asia, Middle East, elsewhere in Africa and in America,” President Buhari said during the broadcast.

While such messages of hopes and optimism may, to a large extent, earn his government goodwill from the public, it is nonetheless an indication his administration has failed on an issue it promised to give pristine priority during the 2015 general elections.

The Buhari-led administration has consistently claimed victory over Boko Haram- a lie that hasn’t helped the fight against the insurgency holding sway in the North-Eastern part of the country.

The fight against Boko Haram, to a larger extent, has been fought vigorously in the media, with nothing spectacular to note in the battlefield. As I have previously written, the Army is indeed waging a war against Boko Haram — not with weapons but with propaganda. In its trademark downplaying of its own casualties and exaggerating the insurgents’…” says Fisayo.

Boko Haram was founded by Mohammed Yusuf in 2002 in a remote part of Yobe State in the northern part of the country. At inception, the group’s activities were mostly non-violent and were majorly tied to “purify Islam in northern Nigeria.” But it soon became a violent group following the execution of its leader in 2009. From March 2015 to August 2016, the group was aligned with the Islamic State of Iraq and the Levant.  Members of the group, fueled by revenge had continually engaged security forces in battles with no end in sight, led by a new leader Abubakar Shekau.

Nine years on, the group seemed to have worn an imposing confidence and sophistication, beyond what the Nigerian army can withstand. Since the insurgency started in 2009, Boko Haram has killed tens of thousands and displaced 2.3 million from their homeland and was ranked as the world’s deadliest terror group by the Global Terrorism Index in 2015.

Critics contend that the ruling government is over-blowing its success over the deadly group. “It is time that we face the reality that Boko Haram is not technically defeated,” said Peter Ayodele Fayose, a former state governor and leading member of the opposition party- the Peoples Democratic Party (PDP).

While the ruling government continues to blow its acclaimed victory over the Boko Haram, the militants have quietly rebuilt themselves.

Following the attack, a widely-circulated video released by of one of the survivors revealed the decay in the country’s security sector, ranging from a proper motivation of the soldiers and a shortage of modern military equipment, strong enough to dislodge the raging militants.

Analysts express worry that Boko Haram is likely to stage more successful attacks on the Nigerian army unless the ruling government provides the right facilities for the soldiers to fight the militants headlong.

“Much as it hurts to say, Boko Haram will continue killing soldiers. I have met quite a number of Nigerian soldiers involved in the counter-insurgency operations, and my conviction is that they are some of the bravest soldiers available anywhere in the world. However, if we’re stuck with fighting Boko Haram with weapons that are older than Nigeria itself (the AK-47 was made 11 years before Nigeria’s Independence), then our soldiers have no chance,” writes Fisayo.

The Peoples Democratic Party (PDP) has accused the Buhari-led government of being insensitive to the security challenges confronting the nation. In a statement signed by its National Publicity Secretary, Kola Ologbondiyan, the country’s main opposition claimed that “the APC, as a party, has fully demonstrated that it is a dysfunctional organization which attaches no value to the lives of our soldiers or other Nigerians, but more interested in seeing funeral ceremonies and floating over the graves of its victims.

“Why would the APC attempt to wave off revelations, which are already in the public domain, that officials of the Buhari Presidency are diverting funds meant for military equipment and welfare of our soldiers to finance Mr. president’s re-election campaign.

“If the APC were not jittery over revelations that it is a core beneficiary of this evil racket, why is it rushing to defend the Minister of Defence on findings that he diverted military funds to produce campaign materials for the APC including an electronic moment, with APC logo boldly inscribed on them?

“The APC, in its hallucination, forgot that Nigerians already know that the neglect of the Buhari Presidency led to the killing of our soldiers and that the President and the APC had remained unconcerned and only started shedding crocodile tears after a public outcry on the killing and their ominous silence.

The statement added: “What has the APC to say to the fact that the Buhari Presidency failed to act on the threats by insurgents to attack the military base days before the deadly invasion and killing of our soldiers? What has APC to say to the fact that at the time our soldiers were being attacked by insurgents, our Service Chiefs were busy participating in President Buhari’s re-election campaign rally and launch of Next Level mantra, stolen from a foreign institute?

“What has the APC to say to the fact that instead of being at the forefront of investigations, our Minister of Defence was busy using military funds to produce campaign souvenirs for President Buhari and the APC?

“It is, therefore, an unpardonable assault on the sensibility of Nigerians for the APC to, in any way, attempt to justify President Buhari’s negligence and inaction toward the welfare of our soldiers as well as the diversion of the military fund for Mr. President re-election campaign at the expense of the lives of Nigerians.

“If the APC is not complicit in this heinous crime against our nation, we challenge it to join the PDP in demanding for a National Assembly inquest into the killing and the handling of anti-insurgency funds under President Buhari, instead of this resort to wicked hypocritical posturing.”

The News Agency of Nigeria (NAN) quoted the President as saying in a statement issued by his his Senior Special Assistant on Media and Publicity, Malam Garba Shehu in Abuja, that the government was working round the clock to forestall reoccurrence of such attacks in the future, noting immediate measures had been taken to ensure that “the loopholes which led to the fatalities were blocked, once and for all.”

According to him, “No responsible Commander-in-Chief would rest on his oars or fold his hands to allow terrorists to endanger the lives of military personnel and other citizens.

“Our loyal forces have proved their strength over the terrorists and we are ready to give them all the needed support, in terms of equipment and manpower, to succeed in ending the renewed threat.

“In the coming days, I am engaging the military and Intelligence Chiefs in extensive discussions on the next steps we shall be taking.”

With few months to the country’s crucial 2019 general elections, there are fears in some quarters that the activities of the insurgent groups could deny many the chances of exercising their franchise.