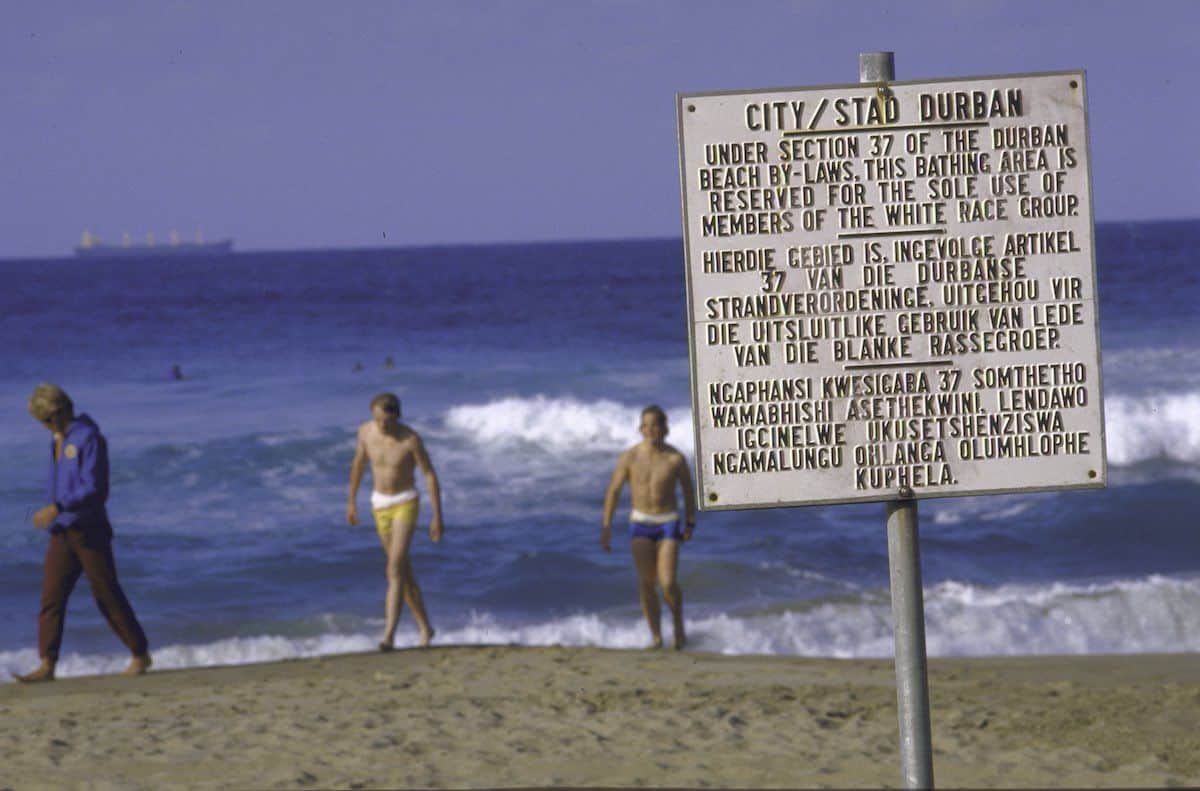 A recent outburst between blacks and whites at a Cape Town beach shows racial discrimination is far from over in South Africa and only radical reforms can stamp it out, completely.

Racial discrimination continues to drag on in South Africa. Some irate groups of blacks recently took to the streets to protest being prevented from using a beach, considered exclusive for the whites in the country.

The beach eruption, according to a BBC report, started after private security guards were accused of ordering black visitors to leave the area. The guards, reportedly hired by local residents, allegedly cleared the Clifton 4th beach of tourists, majorly blacks.

Protesters alleged black beachgoers were unfairly targeted, an allegation denied by the firm which dismissed claims it shut down the beach against blacks. The firm says its action was to protect residents from crime.

Cape Town Mayor Dan Plato said that the security firm “had no authority to ask anyone to leave Clifton beach”.

“We will not allow any private organizations to limit access to our public spaces,” he said in a statement. Deputy Police Minister Bongani Mkongi vowed to “go hard on the security company”.

Mayor Plato said that the guards had “asked people of all races to leave” and had not targeted black people specifically.

Demonstrators, who converged on the beach on Friday evening, disputed this assertion. “These private security guards… are actually briefed to not allow black people who appear to look like they are from the townships on to the beach,” local activist Chumani Maxwele was quoted as saying by News 24.

Maxwell, who instigated a social media protest under the hashtag #ReclaimClifton, oversaw the slaughter of a sheep in a ritual that protesters said would cleanse the beach of racism, a move some animal activists kicked against.

Alwyn Landman, chief executive of the PPA security firm, whose job he said was to protect residents from criminal activity, denied that the company had closed the beach at all.

He told News 24 that police had cleared the area after a crime had been committed. “It was absolute mayhem and [the police] were really doing a great job to stabilize the situation,” he said.

There are many reasons why South Africa needs radical reforms against racial discrimination. In the first place, there is a need to give a sense of belonging to all residents in the country: blacks, whites, and immigrants. The outgoing year 2018 saw a resurgence of discord between blacks and whites over a proposed land expropriation without compensation by President Cyril Ramaphosa- a move geared towards ensuring increased blacks’ access to the land.

Aside from this, the outgoing year also witnessed a resurgence of xenophobic attacks against immigrants in the country. Xenophobia, which existed in South Africa prior to the end of the apartheid system in 1994, is a situation where immigrants from elsewhere were subjected to discrimination and even violence. About 118 Nigerians, for instance, have been killed in xenophobic attacks in South Africa between 2016-2018 according to a report by the Nigerian government. Such atmosphere hardly gives room for meaningful socio-economic development.

Also, such reforms are essential as the country prepares for its crucial general elections in May 2019. The election which will be the sixth to be held after the end of the apartheid system in 1994 will determine who becomes the next President of South Africa. Incumbent President Ramaphosa, the 12th head of State in South Africa, will lead the ruling African National Congress in the election, attempting to retain majority status and a full term in office as president; his predecessor, Jacob Zuma resigned from office on February 14th, 2018 and was already ineligible for a third term in office as the South African Constitution limits a president to serve a maximum of two five-year terms.