The Rise Of White Supremacist And The New KKK In America 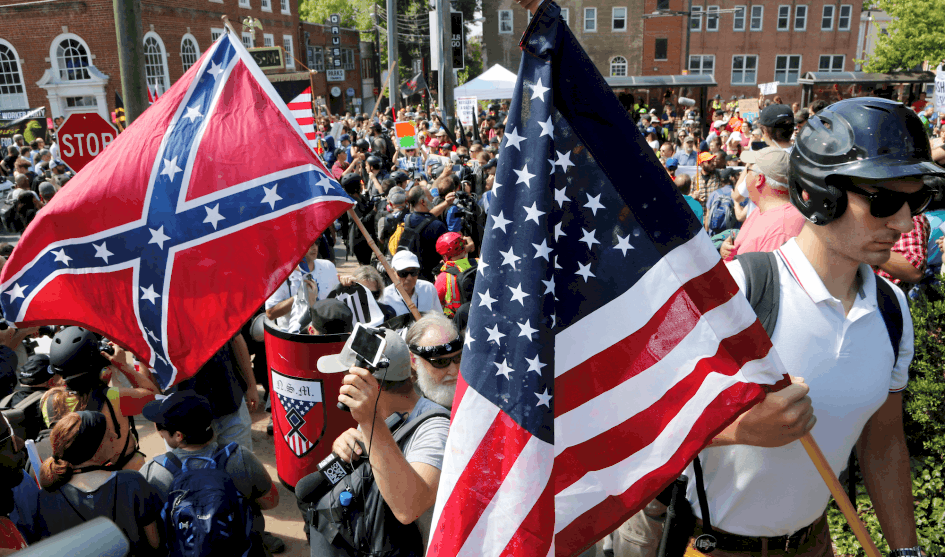 The Ku Klux Klan (KKK) has been active in small Pennsylvania towns for many decades. Members of the organization tend to stay in the shadows but occasionally come out to remind residents of their lingering and mostly unwanted presence. In recent years, their activity seems to have been reduced to the sporadic scattering of hateful propaganda in the streets and in front of homes and churches at late hours, avoiding confrontation with displeased residents.

In at least a few of those towns, the fliers are distributed by the Loyal White Knights of the Ku Klux Klan, a Klan group which is one of the largest and most active in the country.

A pastor from one small town, who requested anonymity, provided a flier which he found in his driveway in 2017. The flier not only declared Caucasian supremacy at length but also provided contact information for those who would like to be recruited. “JOIN US TO LEARN MORE…” it prompted readers before providing a website, which is no longer available, and a phone number.

Distributing these materials is a well-known enlistment tactic for the organization, which reportedly saw recruitment grow once Trump was elected president. There was a consistent distribution of fliers in 2017 and 2018.

That pastor recently shared with Caracal Reports some thoughts about the rejection of hate he believes is necessary to combat the group’s intentions. “If there are any KKK sympathizers, they won’t express their support openly,” he predicted, “with some isolated exceptions of course.” The pastor’s church held a worship service after finding the fliers along with other residents and he said the pews were “packed” because he believes the overall feel in our community is that “distributing such materials is wrong and unacceptable.” In our predominantly Republican town, he thinks most residents are opposed to “such an open expression of hatred and racism” and this keeps local KKK members from becoming more emboldened.

Recruiting Children into the Klan

In other areas, including New York and New Jersey, Klan members have previously placed the fliers in bags with candy and distributed them in driveways before sunrise to await kids getting on the bus. The fliers found in New York last summer showed a flag-waving Klansman on a horse and read, “Join The Klan and Save Our Land !!!” before providing contact information for the United Northern & Southern Knights of the Ku Klux Klan. The fliers prompted New York Governor Andrew Cuomo to condemn the materials in a news release where he announced that State Police would be investigating the “appalling distribution of KKK material in several counties and send a clear message that New York has zero tolerance for intolerance.”

In North Carolina, recruitment fliers were left on cars and found following a high school football game. These targeted NFL players who “dishonor our nation by kneeling” during the anthem and were also attributed to the Loyal White Knights through the provided contact information, which included the same phone number as the fliers distributed in my town.

The local pastor gave some insight on the importance of preparing children for receiving these messages, especially since it seems the group drives to target them. He suggested starting conversations with kids — at home, in school, and in church, — to teach them that hate is unacceptable. He believes if we talk to our children openly about how to “love and accept all” and “either stand up for the ones who are being bullied or mention something” to an adult if they see racist behavior, then finding “a KKK flier won’t do much damage.”

A Long History of Racism in America

The Ku Klux Klan was America’s first gang and first terrorist organization. Originally founded following the Civil War, Klan members would intimidate with threats and violence in an attempt to restore white supremacy through force. They dressed in robes designed to create terror as well as prevent identification and they attacked and killed freedmen and their white supporters in nighttime raids.

The Ku Klux Act of 1871 was written in response to the violence and authorized the president to penalize terrorist organizations and use military force against the KKK. Thousands were arrested under the law, which the Supreme Court eventually ruled unconstitutional. The group was forced to be small and quiet, but the Klan has revived itself numerous times and remains in our current society. 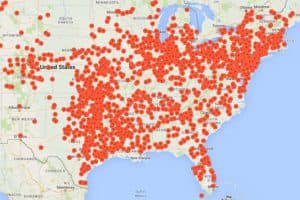 Virginia Commonwealth University history professor and VCU Libraries shows how the Ku Klux Klan spread across the United States between 1915 and 1940, establishing chapters in all 50 states with an estimated membership of between 2 million and 8 million.

While recruitment drives have been widespread in the US, group membership has continually decreased. The Anti-Defamation League (ADL) reported in 2016: “Despite a persistent ability to attract media attention, organized Ku Klux Klan groups are actually continuing a long-term trend of decline. They remain a collection of mostly small, disjointed groups that continually change in name and leadership. Down slightly from a year ago, there are currently just over thirty active Klan groups in the United States, most of them very small. However, the association of Klan members with criminal activity has remained consistent.” The ADL also reported that from 2014 to 2018 they tracked an average of 79 incidents of scattering of KKK fliers a year, with the Loyal White Knights taking responsibility for almost half of those. Dispersing propaganda seems to be their prime activity at this point and in terms of numbers, the Klan is not thriving but is surviving.

While Klan numbers are down, white supremacist groups have been energized in recent years, rallying in public and committing the most extremist-related murders of any terror group in the US in 2017.

Earlier this month, 54 people were arrested in relation to the activities of a white supremacist gang in Arkansas. The indictment alleges leaders of the New Aryan Empire gang were involved in various criminal activities, including attempted murder and kidnapping.

Last week a white supremacist who murdered a black man with a sword at random in hopes it would trigger a race war was sentenced to life in prison without the possibility of parole.

The images historically associated with white supremacy in America — of burning crosses and hooded Klansmen — seem to be fading to the past. However, the Klan’s principles of hate are rooted in the fabric of our nation whether we like it or not. Their ideology has survived to create a new kind of white supremacist — one who is driven by the same hateful entitlement but no longer needs to wear a mask.

Last fall, President Trump questioned why it was wrong to be a nationalist before he proudly announced to a crowd of cheering supporters, “You know what? I’m a nationalist. Use that word.” While supporters argued he did not specify he is a white nationalist and attempted to conflate the remarks into patriotism, the racist connotation is perceived from these statements and other actions the president has taken against people from non-white nations.

Iowa Representative Steve King was recently quoted by the New York Times as saying, “White nationalist, white supremacist, Western civilization — how did that language become offensive? Why did I sit in classes teaching me about the merits of our history and our civilization?” Though he was removed from committee seats following these comments, they were only the latest racist remarks in King’s long history of openly supporting and advocating for white supremacy — specifically in public education in Iowa.

The new supremacists no longer cloak themselves in ceremonial robes to come out at night and incite terror. They march in broad daylight and chant hateful slogans associated with the Klan and Nazis. Even when they are violent aggressors, they are described by the president as “some very fine people” and often avoid the militant response experienced by other protest groups.

The new white supremacist may even find support in their openness. They do not fear recognition and openly wonder why they ever had to, asserting their right to free speech and any notoriety that comes with it.